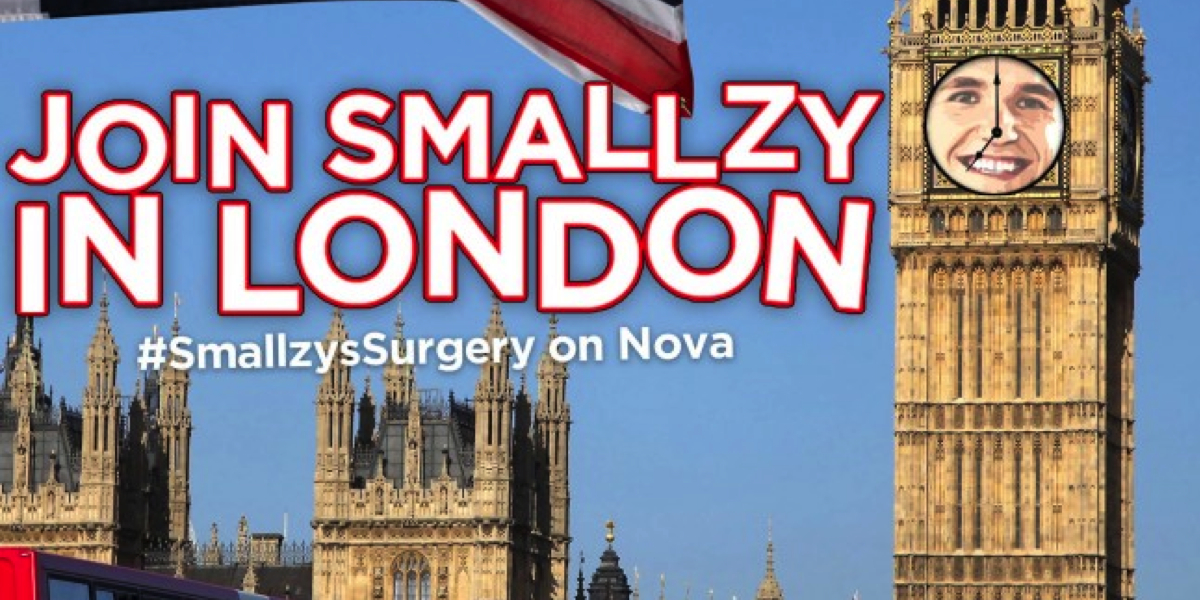 Smallzy’s Surgery on the road: #1 radio night show in London for Summertime Ball

Nova’s #1 night show Smallzy’s Surgery will capture all the atmosphere of the Summertime Ball when The Surgery broadcasts live from London next week.

Smallzy’s Surgery will feature interviews from music’s biggest artists including Meghan Trainor, Kelly Clarkson and Rita Ora ahead of their Summertime Ball performances at Wembley Stadium.

Plus, Smallzy will be catching up with Olly Murs in Vienna, fresh from coming off stage on his “Never Been Better” tour which is set to hit Australian shores later this year.

Nova’s Kent “Smallzy” Small said, “I’m so excited to take The Surgery to London for the third year running and bring Australian audiences all the action from one of the biggest pop festivals in the world.”

The show will broadcast from the Capital FM studios in Leicester Square, London.

Smallzy’s Surgery can be heard 7pm to 10pm from Vienna on Monday 1 June then live from London from June 2 to June 8 across the Nova network nationally.