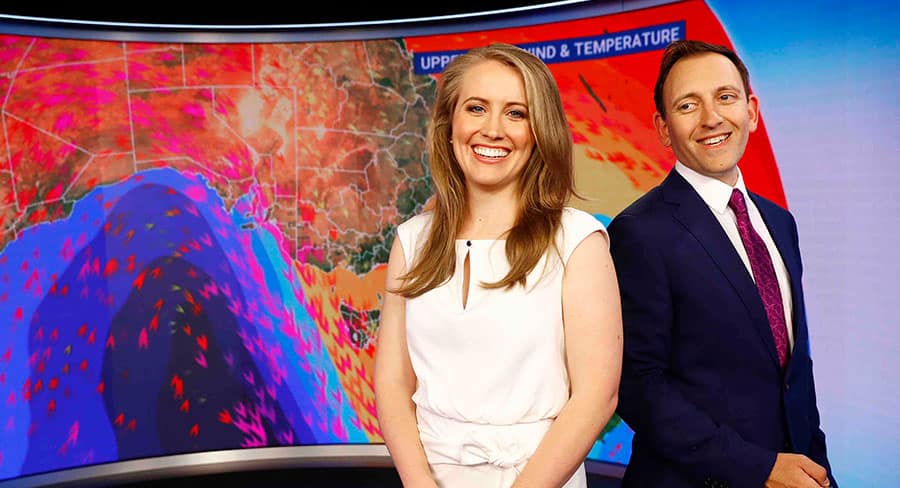 Sky News Weather has announced a new and expanded home for its on-air team of expert meteorologists, unveiling its new state-of-the-art studio facility.

Located at the Sky News Sydney Centre, the new weather studio is being called the most advanced in the country and will broadcast live rolling updates, extended coverage during severe weather, and cutting-edge temperature and storm forecast graphics to keep Australians up-to-date on local and global weather-related news.

Sky News Weather has further expanded its expertise with the appointment of Alison Osborne, previously a Maritime Geospatial Officer with the Royal Australian Navy, who joins Sky News Weather as a broadcast meteorologist.

Sky News Weather will deliver around-the-clock updates as Australia heads into the severe weather season facing unprecedented conditions. A multi-year drought crippling the nation has further intensified through 2019 with parts of the country enduring the hottest and driest start to a year on record.

The new studio comes as the Sky News Weather channel celebrates its 20th year of broadcasting in Australia. Having first launched in 1999 under the name Weather 21, Sky News Weather now broadcasts more than a thousand forecasts per month along with a wealth of other weather-related programming and an interactive digital weather service on Foxtel. The channel is home to Australia’s largest team of broadcast meteorologists and weather presenters.

Paul Whittaker, Sky News chief executive said: “As we approach severe weather season, Sky News Weather is committed to delivering Australia’s most accurate and timely forecasts to keep Australians informed in new and engaging ways. Our investment in our new studio, graphics, and video-on-demand service highlights our commitment to viewers of Australia’s only 24-hour weather channel. The appointment of Alison comes at a pivotal time as we strengthen our weather team and as the channel marks 20 years on air.”

Sky News Weather also offers Weather Active allowing viewers to access detailed weather forecasts and radars for their suburb at the touch of the red button on the Foxtel remote.