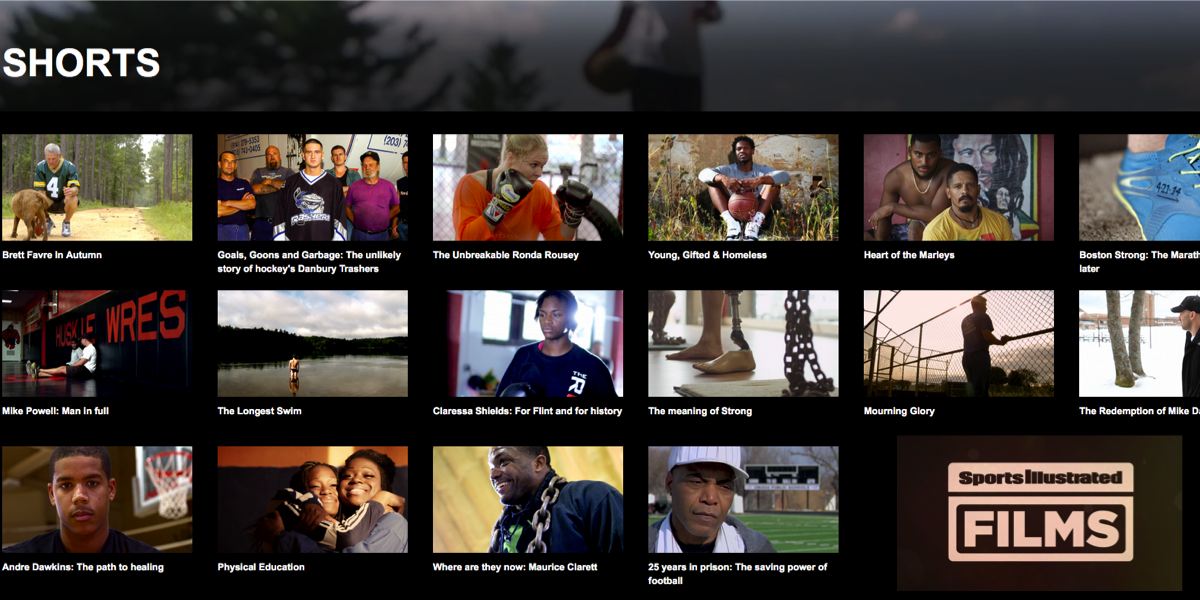 Sports Illustrated has told its readers about a new project:

Today, SI launches Sports Illustrated Films, a series of original programming that brings SI’s award-winning storytelling to video format. The first release of mini-documentaries includes Brett Favre in Autumn and Goons, Goals and Garbage – the Unlikely Story of Hockey’s Danbury Trashers. The award-winning series Underdogs, which highlights inspiring stories in high school football, also is set to return for season four. At least six films are scheduled to be released in 2015, with many more to come next year.

“With changing consumption habits, especially among millennials, and the plethora of popular distribution outlets at hand, there are limitless opportunities to offer an independent voice and quality video programming. Sports Illustrated Films aims to capitalise on all of that,” said Sports Illustrated group editor Paul Fichtenbaum. “Today’s premieres reflect that that potential. We had special access to one of the greatest to ever play football and the Danbury Trashers story comes straight from the SI pages from one of our finest writers.”

To view all of the Sports Illustrated Films on this new digital channel, go to SI.com/films.