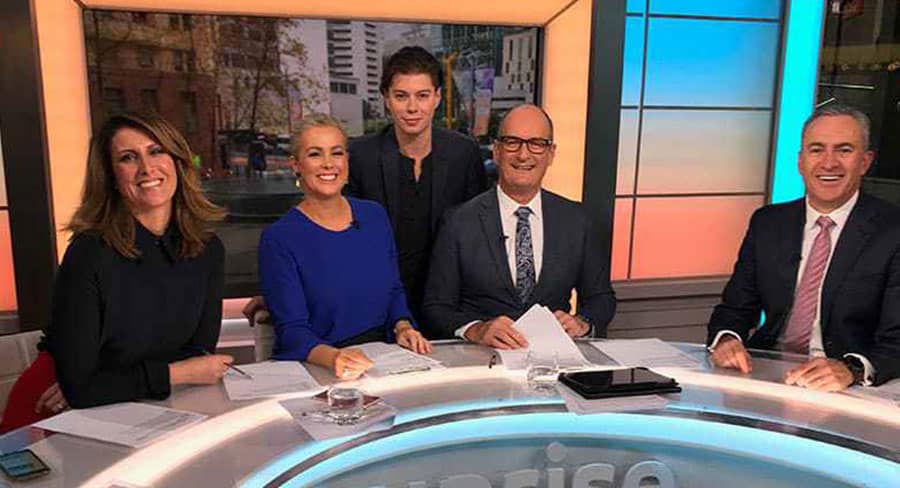 In an interview in Mediaweek last week, Nine’s national director of news and current affairs Darren Wick talked about the challenges Nine’s program Today has had trying to win back its audience: “We have won back some of that audience, [but an] unwritten story is that Sunrise’s numbers are way down.”

Mediaweek should have clarified what Wick was referring to with that claim. It was the long term averages for the commercial TV breakfast shows.

While Sunrise is clearly on top now and over the past few years, both the Nine and Seven breakfast programs have been steadily losing viewers over five years. Sunrise has managed to reverse the trend this year.

Nine has had a glimmer of improvement in the major markets recently, but last week across the network Sunrise was ahead 271,000 versus 209,000. The two shows were tied on 57,000 in Melbourne, and Sunrise had a lead of 4,000 in Sydney.

But while Today is close to Sunrise in Sydney and Melbourne, the 2019 scoreboard at the end of week 32 (24 survey weeks) looks like this:

Also during that Darren Wick Mediaweek interview he gave his view as to why Seven’s breakfast show is performing well: “Sunrise is a very strong, very disciplined program with a good production team who have all worked together for a long time.”

Sunrise EP Michael Pell’s next challenge: ‘A show from the moon’