It was a controversial Tribal Council after the ex-Champions threw the immunity challenge in order to get Harry voted out of the game. But in yet another Survivor twist, Harry played his Idol, which resulted in Victorian educator, Casey Hawkins going home.

At the Champions tribe, Shaun decided it was time to tell the rest of the group that David gave him a fake Idol. Realising he’d finally been caught out, David knew his head was next on the chopping block.

At the Reward Challenge, contestants had to race each other across a set of monkey bars over water and be the first to grab a flag to win a point for their tribe. It was an easy win for the Champions, scoring themselves an afternoon at the Survivor cinema, complete with popcorn, ice cream and videos from home.

As they arrived at the cinema, the Champions discovered they’d be going in individually. Without thinking, Daisy made the call to send David in first, giving him full reign to find an Idol or an Idol clue. After ripping the cinema apart, David found an Immunity Idol and just like that, he was back on top of the game.

Back at the Contenders beach, the old Champions were concerned that Luke and David were on the bottom of the Champions tribe and decided to throw the Immunity Challenge in order to save them and finally get rid of Harry.

At the Immunity Challenge, contestants had to balance a ball on a heavy gutter in pairs while standing on a narrow platform. Janine and Abbey fell out first followed by Pia and Simon, handing the Champions the win and making Harry very suspicious.

Back at the Contenders camp, Casey revealed to Harry and Matt the Champions had told her they were going to throw the challenge.

It was chaos on the beach as Casey tried to work both alliances in order to save herself. She told Janine, Abbey and Pia that Harry was going to play his Idol at Tribal Council but they didn’t believe her. 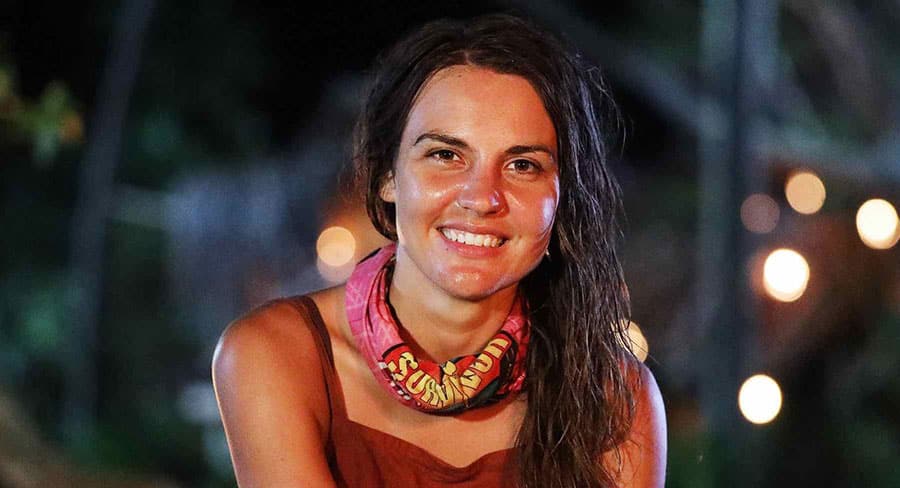 Tensions were high at Tribal Council where it was once again, Dirty Harry up against Janine The Godmother. Harry called out the ex-Champions for throwing the challenge, which they all denied, calling Harry a liar.

Before the votes were read, Harry played his Idol making any votes against him void. Unfortunately for Casey, all the remaining votes were for her and she was the 10th person voted out of Australian Survivor: Champions V Contenders.