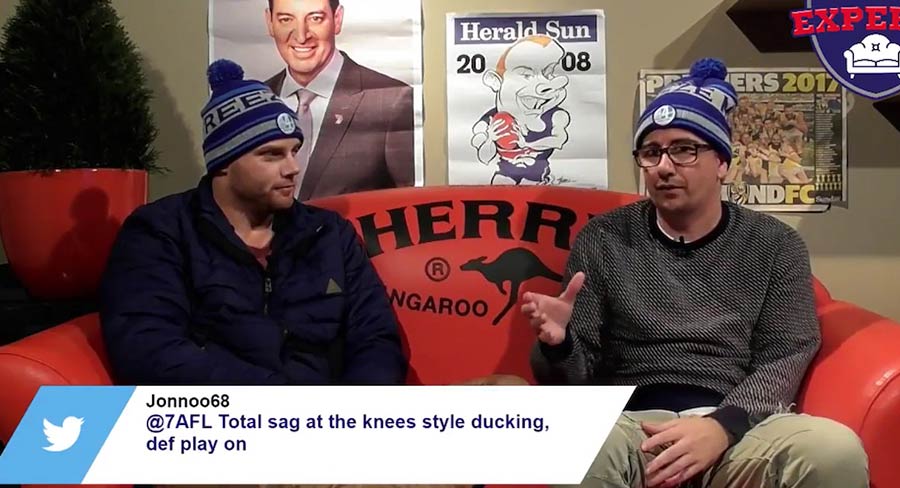 Seven has announced the return of 7AFL’s social show Armchair Experts for its second season, as part of Seven’s coverage of the 2019 AFL Premiership.

Debuting at the start of the 2018 season, Armchair Experts went live on 7AFL Twitter on Friday nights, with a pre-show looking at the game ahead and the week that was, a half-time show, and a post-match review show.

This year Seven is promising the show returns bigger and better than ever before, and for the first time all shows will be available to watch on demand on 7plus and though the 7Sport app.

Seven has secured its first commercial partners for the format, with PointsBet signing on for the 2019 AFL Premiership Season.

Seven is also alerting commercial partners that they have the opportunity to integrate within the show, including creating bespoke segments, product placement, or filming off-site at a client activation site.

Pre-rolls can be inserted before the live show plays on Twitter, and the integrated segment can be extracted and extended beyond the live show using Twitter Amplify, which allows for a pre-roll insertion before video content plays on the platform.

A halftime show will be delivered on Instagram this year and all shows will be also later available on demand on Facebook after the program ends.

Saul Shtein, head of sport at Seven, said: “Having identified a gap in the market for an AFL social show, we launched Armchair Experts at the start of last season and it’s safe to say it spectacularly exceeded our expectations.

“This type of show allows Seven to experiment with different styles of content, giving the 7AFL audience another angle on the footy. It also offers new and exciting integration opportunities for our commercial partners, meaning everyone wins.

“The show went from strength to strength last year, and we’re looking forward to seeing Adam and Cam back on their sofa. We’re even sending them on location from time to time this season!”

Angus Keene, head of revenue partnerships, Twitter Australia said: “Twitter has always been the go-to platform for AFL fans to join the online conversation, debate and celebrate with other fans. Today, it’s also become the place for in the moment video highlights, post-game wrap ups and now, with Armchair Experts, a Twitter exclusive live show.

“The partnership with Seven gives our advertisers another opportunity to reach a passionate AFL audience when they’re most receptive during games. Importantly, it also provides Seven with another channel to monetise their AFL content, increase its reach and innovate with new formats like Armchair Experts.”

“We’re committed to ongoing innovation in the way we connect brands to audiences through Australia’s largest sport. The 2019 AFL Premiership Season is shaping up to be bigger than ever and we’re thrilled to bring it to audiences in new ways across platforms.”