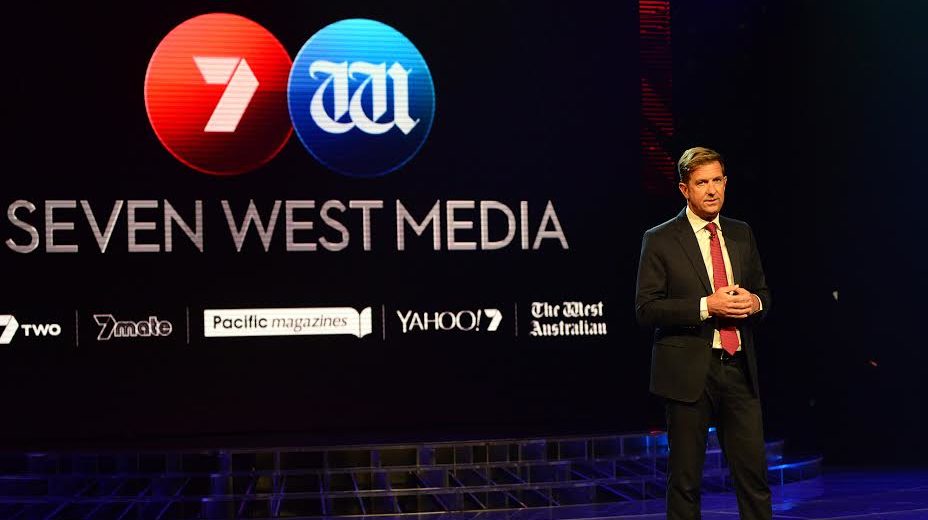 The managing director and chief executive officer of Seven West Media, Tim Worner, said: “We are now a company delivering content to our audiences, anywhere, any time. We are committed to deriving more value than ever from those audiences. We are also a premium content company and increasingly a digital and mobile delivery company. We are transforming our businesses while continuing to deliver market-leading performances. Our strong balance sheet, our focus on efficiently managing our businesses and driving new opportunities for growth, in particular in the creation of content, provides a solid framework for Seven West Media over the coming 12 months.”

The advertising market remains short, particularly given the impact of the Olympic Games. At this stage, Seven West Media believes the overall outlook for the advertising market over the coming 12 months will see the television advertising market to be flat to down in the low single digits, while the advertising trends experienced by the publishing assets will continue in the coming year. The company, driven by the Olympic Games and its underlying strengths in content, is again targeting leadership in audiences and advertising revenue. Seven’s moves into live-streaming and the further expansion of its PLUS7 offering on Yahoo, coupled with further development of the digital initiatives within its publishing divisions is expected to underpin further significant growth in digital revenues. Operating cost growth across Seven West Media for the 2016-2017 financial year is expected to be in line with CPI including AFL (excluding Olympics and 3rd party commissions). Impacted by the combination of softer market conditions and increased content costs from the Olympics and AFL, underlying Group EBIT is expected to be down 15-20% in the coming year.

Seven delivered EBIT of $291.7m on revenues of $1,259.5m. EBIT margin is 23.2% and EBITDA margin is 24.9%. Seven’s costs declined by 1.6% on last financial year, reflecting tight cost controls and implementation of operating efficiencies, while continuing its significant investment in Australian programming.

Seven expects to finish the 2016 ratings season, excluding the Olympics, with a bigger market-leading share than in 2015.

Seven is the largest producer of premium video content in Australia and continues to extend its capabilities in this area. Seven’s demonstrated ability to develop and produce quality content has driven 91.9% growth in program sales and 3rd party productions for the financial year, to $87.6m. The production slate for Seven’s production assets continues to grow, securing 23 commissions and producing over 750 hours of content per annum. Building on this success, Seven has expanded its presence internationally, investing in a British drama production company, expanding production into New Zealand and is currently progressing new production ventures in other territories.

Approximately three in four West Australians connect with The West Australian each month across print and online. Both the Monday-Friday edition and the Weekend West deliver amongst the highest market penetration of any Australian major metropolitan newspaper and The West Australian’s online site, thewest.com.au is the leading Western Australian news site (Nielsen online ratings June 2016). The West is now leveraging social audiences to drive engagement with significant growth in its social footprint in the last 12 months.

In a fully integrated newsroom, the only one in Australia, Seven West Media produces a daily newspaper, commercial TV news bulletins, a public affairs show, websites and a growing number of digital products.

The West revenue declined 12.4% to $228.5m while EBIT declined 24.3% to $39.2m. Economic conditions in Western Australia’s economy have remained soft over the last 12 months, particularly in retail sales, employment and auto sales, which are all key revenue categories for The West. The newspaper division has maintained strong operating margins despite current revenue trends with an EBITDA margin of 26.5% achieved during the financial year. Cost management continues to be a focus with operating costs down 9.5% in the period.

Seven West Media has agreed terms with News Corporation to acquire The Sunday Times newspaper masthead and perthnow digital products. The agreement is currently subject to regulatory approval from the Australian Competition and Consumer Commission. A successful outcome will see management focus on growing the Sunday Times and perthnow brand. In addition to the scale benefits and print and digital synergies, the proposal will also allow the combined businesses to better compete with the increasing presence of global content and platform businesses in the delivery of news and information. Advertisers will also benefit from a combined sales platform across both mastheads and brands.

The company delivered a 3.8% decrease in costs to $192.2m, however there were changes made part way through 2016 which will deliver greater reductions in the coming financial year.

Pacific continues to be one of the leading forces in the traditional magazine print market, making up 48% of total weekly circulation (ABC Audits March 2016). More than one in four magazine titles in Australia are published by Pacific, including two of the three largest selling weekly titles, New Idea and That’s Life!. Pacific brands reach a combined audience of approximately 24.2m consumers per month via print, social and digital platforms – an increase of 90% year-on-year. Pacific brands continue to gather momentum across platforms and social media with more than 13m followers. The company’s share of magazine market advertising revenue is 30.1%. 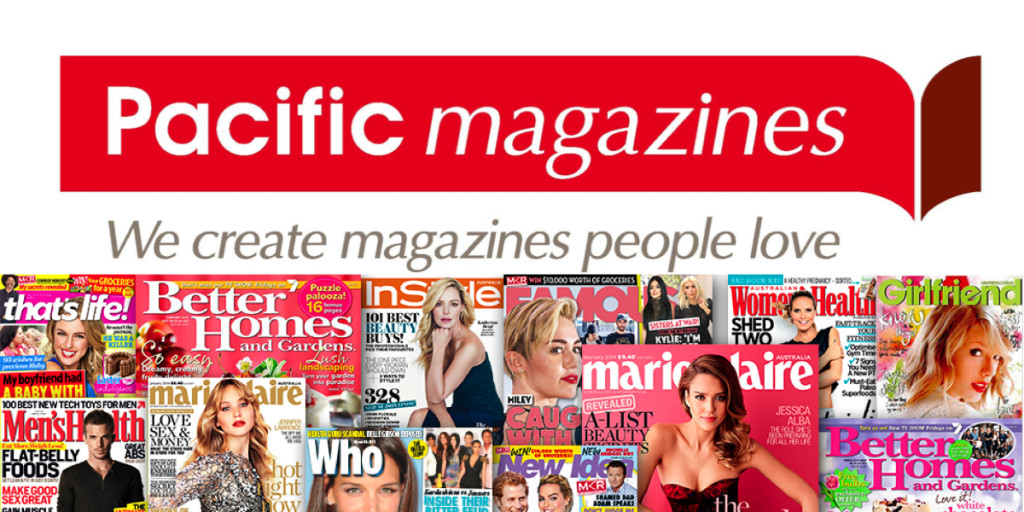 In March 2016, Pacific took control of its digital publications, including sales and editorial for the digital elements of its magazine titles. This will allow the business to enhance the consumer experience and achieve better outcomes for its commercial partners. In the last three months, Pacific has grown average audiences by 435 in total across all brand titles. Pacific also continues to grow its online transaction businesses with new and growing digital initiatives which include foodiful.com.au, beautycrew.com.au, bhgshop.com.au, theparcel.com.au and styledbymarieclaire.com.au. These will provide additional revenue streams in the year ahead.

Seven West Media is strengthening and expanding its leadership in content creation and distribution across new delivery platforms. The company is driving its development of multichannelling on broadcast television and broadening its connection with Australians through new communications platforms and IP delivery mechanisms.

Since the launch of Seven’s live-streaming platform, 7Live, the Seven Network has led the market with its channels available anywhere and on any mobile device, with over 14m live streams.

Seven West Media including Yahoo7 has continued its strong growth in audience, attracting a monthly unique audience of over 10.7m people, according to Nielsen industry data. Yahoo7 internal data sources indicate a 1.9% growth in overall audiences, with mobile and tablet users now representing over half of the total unique audience. Yahoo7 streamed 207m videos over the past year, comprising 69% short form streams and 31% long form. The company has dramatically expanded its PLUS7 premium streaming video service, creating new content and distribution partnerships as it leverages the success of Seven’s primetime programming. PLUS7 delivered 65m streams of long-form content over the past year.

Other Business and New Ventures

Seven West Media has committed to investing in early stage businesses where it can use the power of its audiences to help build brands. These investments include: Startsat60.com, Airtasker.com.au, Newzulu.com.au, Societyone.com.au. These investments are added to a portfolio which includes HealthEngine, Presto, Nabo and Mediabeach. Other Business and New Ventures assets also include Yahoo7, Australian News Channel (Sky News), Community Newspapers and regional radio licences in Western Australia as well as the Group’s live event businesses. The standout result is the debut performance of our Red Events business which generated $24m in the year and with total costs of $19m, outperformed expectations. This business was responsible for the very successful Royal Edinburgh Tattoo tour in February this year.