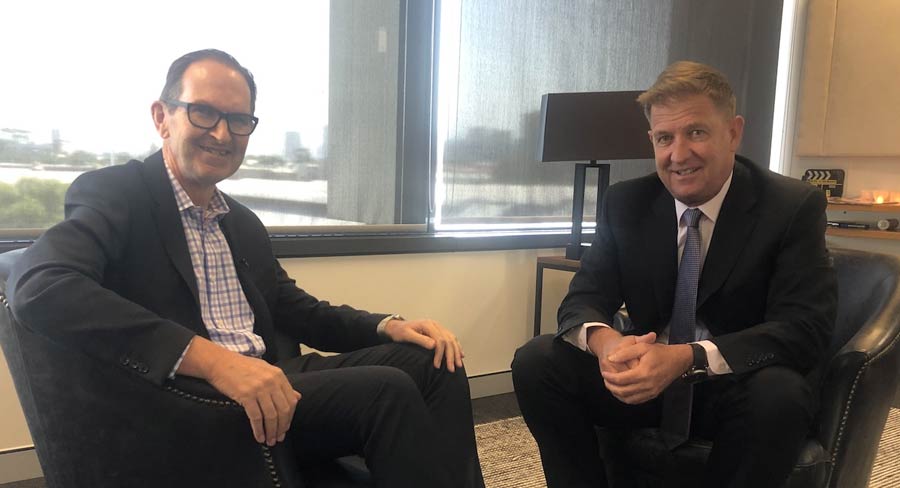 See highlights of the interview on Mediaweek TV on Your Money at 2.30pm Thursday.

Tim Worner: It is a good result in what are difficult circumstances. The advertising market has been softer, particularly in that second quarter. We are seeing that softness continue to a certain extent in the third quarter.

The good news is we are seeing stronger responses.

We had an excellent ratings result in 2018 and we could not have hoped for better. It was our best ratings performance ever and our best shares in each of the key demographics ever. We also had the leading revenue share.

But sometime all the planets don’t line up for you and the softer advertising market has hit the profit. Not by much, but nonetheless it is a factor. Our focus is on our total audience across all our channels because that is what we are selling. That strategy has been very successful for us ever since we started multichannels.

We have been very clear about going after certain demographics with the multichannels and I think probably at least one of the others has moved to follow us now.

We want to be able to provide our [advertisers] with whatever audience they are after.

Not only was Seven #1 channel last year, 7mate was the #1 multichannel for the year.

Clive Palmer has been a very welcome addition and he started the ball rolling in a pretty spectacular way. We are looking forward to other [political] parties matching [his spend].

I hope the political parties recognise the power of FTA television.

The last time around, particularly the coalition, [parties] lent very strongly on things like Facebook and it nearly cost them the election.

There is nothing like FTA television for building a brand. In a sense that is what these parties are faced with now.

Seven Studios is predicting another year of EBIT growth, which will be the seventh year in a row this independent production business that we have been expanding will grow.

In the UK in particular we have just announced the establishment of Seven Studios UK. That is our third production company in the UK. We have Slim Film + Television, which is a drama production company which is about to start on a very big international coproduction. We had Seven Wonder we sold to Banijay.

Seven Studios UK is about exploiting the enormous amount of IP that we have that is not being offered in that market. It is an area of huge potential for us.

Why a hit MKR is worth more than a hit MAFS

When we look at overnight ratings we are looking at one aspect of a show’s performance. For a show like My Kitchen Rules, the overnight rating is one small part of the story in terms of the exploitation of that IP. It is going to be watched on BVOD, and the MKR audience on BVOD is close to 80% up this year. It will also be watched in over 100 territories because we are selling the finished version of the Australian show. Also local versions of the format are being made in 12 different territories.

I would venture to suggest we haven’t affected the quality of our content and that has been the aim. As to how long we can keep [cutting costs], I don’t know. We can keep going in the foreseeable future and we are going to have to. That is part of the art of managing a traditional media business in 2019. Businesses evolve because they have to. We are managing costs by outsourcing certain activities, we are joint venturing with our frenemies when in the past we would have duplicated.

We are challenging ourselves to make a show like MKR far smarter and more efficiently than we did last season.

It is business as usual for us to keep reducing costs.

It will be appropriate at our next results to break out that digital EBIT and we expect it to be better than a material percentage of our earnings.

Sports performance: Seven will do better

There is a perception that Seven did swap tennis for cricket and that is totally incorrect. We got 10’s cricket and Nine’s cricket and that amounts to three months, or 500 hours, of live television across the summer. That was a key factor in us being able to record 39 days with a 40% share and our best performance across summer ever. We are backing ourselves to do even better next year. We didn’t have much of a run up (pardon the pun) with cricket.

This year we will be coming off the long run and will have a better result in terms of audience and revenue.

They are pretty big audiences. 2.7m people is how many Sunrise reaches every week. It is a huge amount of television and we do have the edge. I will pay tribute to that production team and on camera team. If you look at Sunrise at the moment on weekends and on weekdays you will see a show that is right in its groove. They know what they are doing and coming up with great ideas every day and executing them superbly.

Outlook: BVOD the one to watch

We are seeing very aggressive growth in terms of BVOD audiences. In our case it is not one or two titles, but we have established a very deep catalogue and about a quarter of the viewing is for content that didn’t start its life in primetime on Seven. It is an important part of what we are doing and it will become more important.