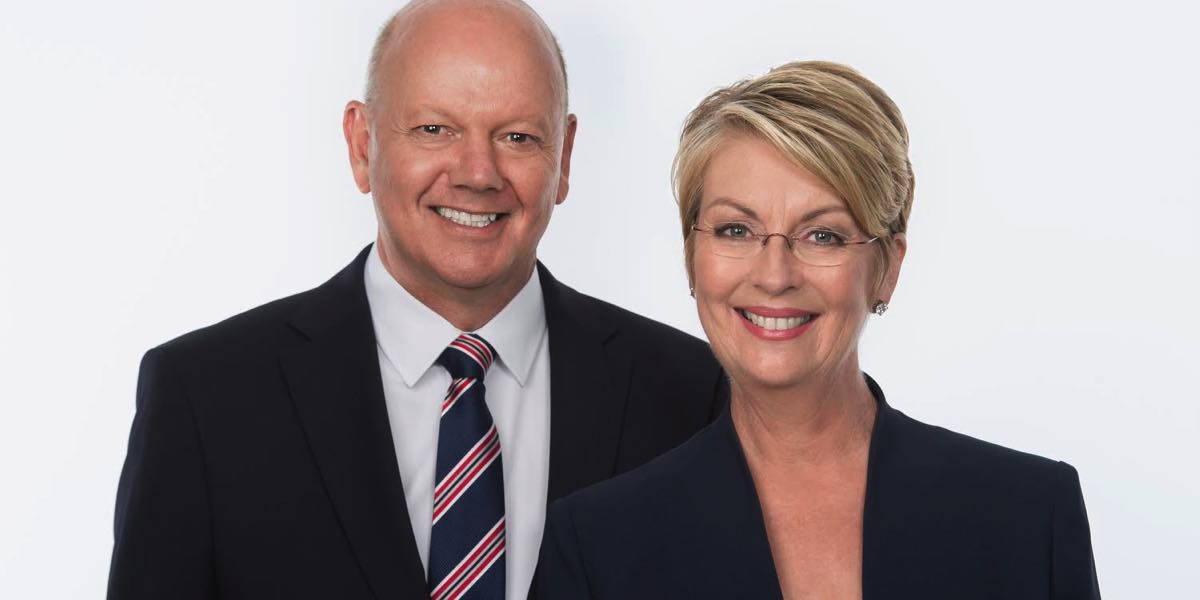 Seven News Adelaide can now claim 400 consecutive weeks as the #1 news service – a television record for any news bulletin in the market.

The winning sequence started in August 2006. The previous record-winning streak for a news bulletin was 92 consecutive weeks, also achieved by Seven News, between 2001 and 2003.

2016 will be the 17th straight year that Seven News wins the ratings year (including the Sydney Olympics year in 2000).

Seven News is on track for 10 consecutive unbeaten years (all 40 weeks of the survey year).

Newsreaders Jane Doyle and John Riddell have read together for more than a decade. Doyle and Riddell launched their weeknight news partnership with a victory of 173,000 viewers in July 2005.

Doyle, who read her first bulletin at Seven on September 28 1989, said of the record:

“400 weeks is a great milestone, but only achieved thanks to the terrific team at Seven News.

“It’s such a privilege to work with our reporters, producers, cameramen and editors to bring the news into SA homes night after night.

“We have a great blend of youth and experience which enables us to embrace the ever-increasing pace of news gathering. For someone whose journalistic career began in the days of typewriters, telex machines and film, it’s remarkable to now be able to harness digital and mobile technologies to bring viewers news instantly from anywhere in the world.”

“It’s a mammoth milestone for Seven News and I’m sure the record run is a reflection of our superb team – including our sport and weather gurus Bruce Abernethy and Amelia Mulcahy, but also the engine room. Our newsroom has the finest bunch of dedicated crew and we’re just thrilled that so many people turn to Seven at 6pm every night.”

Adelaide’s director of news and public affairs, Graham Archer, who has been with Seven Adelaide for more than two decades, said: “It is a stunning achievement for all who’ve contributed to make Seven News this State’s most trusted service for over a decade. What we take great pride in is bringing what matters most to our audience night after night.

“Combined with Today Tonight we’ve won over 1,000 weeks with compelling locally made TV.”

Seven News has pulled even further ahead of its main competitor, seeing record-winning margins this year.

Seven News is also enjoying year on year growth – a remarkable feat in a multichannel environment, while Nine News has gone backwards.

Nine News is firmly placed as the third ranked weeknight news bulletin in South Australia, behind Seven and the ABC, with ABC News averaging 89,000 viewers YTD.