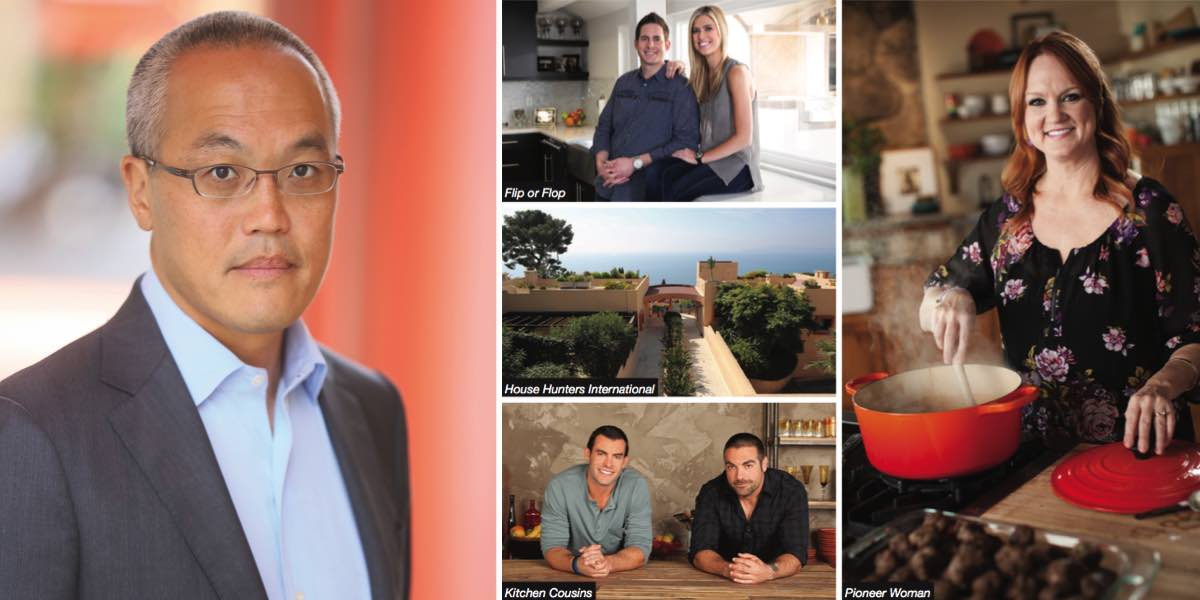 Without a doubt, it has been a great year for Scripps Networks Interactive in the Australian market. The US company responsible for the globally recognised Food Network and HGTV brands made significant content sales to SBS and Nine to power their respective SBS Food Network and 9Life multichannels. This is on top of scoring carriage of its branded channels on Fetch TV.

The Australian market penetration has been a long time coming, according to Derek Chang, Scripps managing director of the Asia Pacific region. While Scripps has had success in selling content to Foxtel in the past and launched its branded channel on local pay TV service Fetch TV, it comes after a slow international push.

Chang explained, “Scripps has been relatively late to the international game and it didn’t really pick up steam until about five years ago. It’s been a situation where we’ve been significantly behind our peers, like Discovery and Fox. As we looked at Australia, clearly talking to Foxtel about channels made a lot of sense.

“Pay TV is certainly been where our roots are in the US and, frankly, is where most of our business still is. Both HGTV and Food Network are, generally speaking, top 10 networks. They’ve gotten there through a formula that our folks in the US have developed that is working quite well,” he said.

While Foxtel was initially receptive to Scripps content, it has largely focused on its own investment in the lifestyle space. Making comment on Scripps content sales to Nine and SBS, Foxtel executive director of television Brian Walsh said that they have assessed Scripps content in previous years and walked away. Walsh noted that despite their success in the US market, their lifestyle content won’t resonate with a local, Australian audience.

Chang is genial of his experience with Foxtel. Chang said, “We actually appreciate Foxtel calling us out and thank them for the significant business they’ve given us over the years. Foxtel really helped introduce a lot of our content to the Australian audiences.” Chang cites the success Scripps has had with content on Foxtel as a sign of market confidence in their content, making a sale to SBS and Nine a safe move.

Despite initial difficulties in firmly establishing the Scripps brand in the local marketplace, Chang began discussions with free-to-air broadcasters. “In a world where that sort of bandwidth was being under-utilised, there was some desire to explore what they could do from a programming standpoint.

“We started having discussions with folks like SBS a couple of years ago,” he revealed.

2015 proved to be the year where it all came together for Scripps. Early in the year Scripps launched its branded channels on Fetch TV. Following the launch of Travel Channel, channels Food Network and HGTV launched on Fetch TV in February. Deals with SBS and Nine were struck later in the year, resulting in the recent channel launches of the SBS Food Network and 9Life.

With two major buyers both seeking content from Scripps, managing the expectation and relationships of both was a potential challenge. Chang explained that an upfront and honest approach was key. He said, “We would like to be in Australia in a big way for a long time and I don’t think you get there by undermining relationships. You get there by building deep lasting relationships. That was clearly my approach.”

Despite having sold so much content this year to SBS and Nine, Chang believes there is still considerable opportunity for growth in the local market. With Seven rumoured to be eying its own lifestyle multichannel for launch in early 2016, Chang would not be drawn on any conversations he has had with the broadcaster. Chang did, however, allude to the opportunities that remain in Scripps library: “We have an absence if you think about the way we’ve done this with our categories. There’s food with SBS. There’s home and travel with Nine.”

Chang continued, “Because of the depth of those relationships and our desire to not allow our brands to be diluted, the emphasis for us is on making those channels work in the marketplace.”

As Scripps expands its reach internationally, the content distributor has proven a willingness to produce content within these new markets. In Asia, Scripps has produced over 50 hours a year of new series, open to producing more if the audience and sponsors prove there is an appetite for it. “As we see how the programming is playing, we will be evaluating local production opportunities alongside that. Hopefully we’ll be able to capitalise on some of those in the future,” Chang advised.