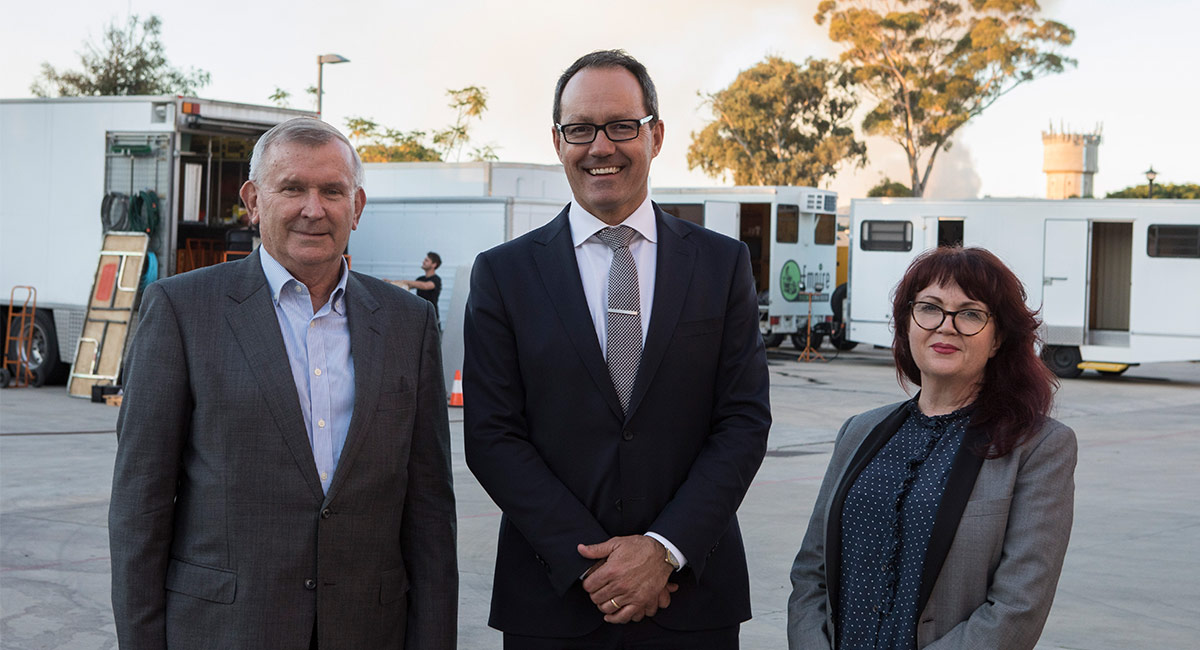 Screentime will open an office in Adelaide and commence production of hit TV show RBT on Adelaide streets from July, it was announced in the South Australian capital yesterday.

Screentime says its decision to open in Adelaide is in response to its growing slate of South Australian television productions that includes high-end drama Pine Gap currently filming in Adelaide, the recently completed Wolf Creek, and from July, Australia’s number one factual show RBT.

This is the first time Screentime, a Banijay Group company, has opened an office outside Sydney in the 22-year history of the company. Its expansion into South Australia has been made possible by a two-year funding allocation from the Arts South Australia-funded South Australian Film Corporation (SAFC) under the Television Company Partnership Initiative. Screentime SA will continue the company’s strong collaboration with the SAFC and is looking to attract, develop and produce fiction and non-fiction productions working closely with the independent production community in South Australia.

In addition to crews and services, this boost in production will take advantage of the state’s world-class facilities including Adelaide Studios’ state-of-the-art sound stages, production offices, post-production facilities and locations across city and state.

Screentime SA will be headed up by series producer and director Colin Thrupp, who takes up the post in July and will work closely with executive producer Basia Bonkowski to transition the hit factual show RBT to South Australian streets.

Screentime SA will produce the 12th season of RBT for Channel Nine, working closely with Inspector Colin Cunningham of the SA Police Media Unit and the local freelance production community to bring a South Australian touch to the factual franchise. “Our audience loves RBT, the diligence and patience of the police and the extraordinary stories they hear from drivers up to no good on our roads. We’re thrilled to be going to South Australia to discover a new police force and a lot of new stories as they keep our roads safe and disastrous drivers under control. We congratulate Screentime on the move and thank SA Police and the SAFC for their support of the production.”

“Attracting Screentime to open an office in the State is all about maximising opportunities for South Australian creatives and crews, not just in drama but also in non-scripted production. Screentime is one of Australia’s leading forces in non-scripted and it’s fantastic having someone with Colin’s peerless credentials driving the development of production with the local sector via Screentime SA.”

He has created and directed a number of successful programs including Croc College, Jillaroo School, Adventure Angler and Marine Wildlife Rescue. Other credits include Head First for Mushroom Pictures. Since 2014 Thrupp has been responsible for a number of shows including Air Rescue, The Embassy, Dr Karl’s Outrageous Acts of Science and Moment of Truth produced through Fredbird Entertainment.