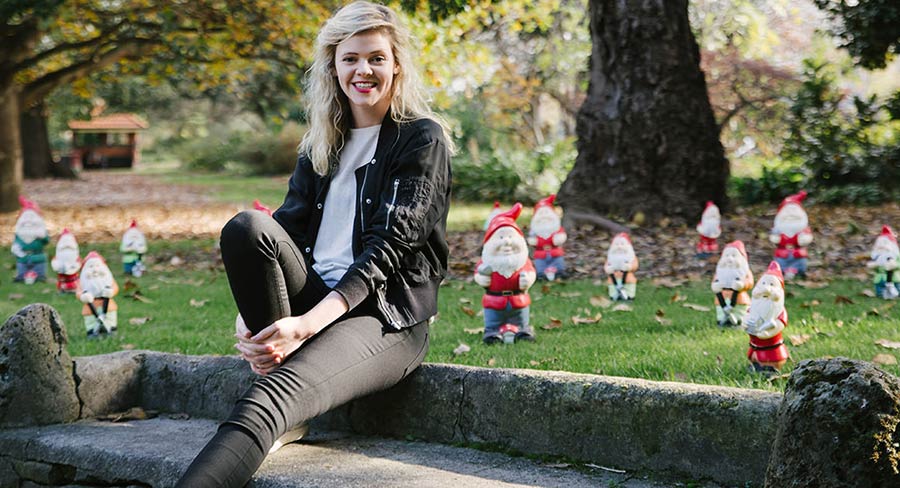 Screen Australia has announced over $400,000 of Story Development funding for 16 projects including feature films, television and online series.

The slate includes a musical comedy about moral corruption in the advertising industry called The Agency, a comedic horror Gnomes centred on grudge-bearing garden gnomes in a fictional regional town, and a thought-provoking feature film Misfit to be produced by Bruna Papandrea (Big Little Lies).

“The new development guidelines have now been in action for five months. We drastically reduced eligibility barriers and will now fund projects for any screen platform. We’ve had a fantastic response from the industry and the number of applications we’re receiving per week is steadily increasing,” said Nerida Moore, head of development at Screen Australia.

“As well as innovative and exciting projects from established practitioners, we are starting to see new and emerging voices from around Australia coming through. In this funding round I’m particularly delighted to see so many emerging female writers.”

Among the projects funded for development are:

Blood Sisters from Mad Dan Productions: An adventure/drama series for online set in Far North Queensland. This thriller follows three teenage girls on the run, bonded by death and united by truth. Blood Sisters has a strong writing team led by acclaimed writer and story producer Anthony Mullins (The Strange Calls), along with Kodie Bedford (Mystery Road TV series), Daniel Mulvihill and Madeleine Dyer. Madeleine and Daniel co-wrote and produced the 2017 online series Sexy Herpes. Stephen Corvini, who has worked on dramas including Safe Harbour and Hyde and Seek, is on board as executive producer with Enzo Tedeschi (Airlock).

Breathing Sea from Midwinter Films: A period melodrama set in a remote Australian coastal town in the 1930s and 40s. The feature film is told as an unfolding mystery shifting between two time periods and follows a couple of 50 years, Marta, a Jewish Immigrant, and Jack, an Australian fisherman and soldier, who are confronted by death and challenged by a past secret. Producer Bridget Callow-Wright and director Priscilla Cameron are joining forces once again after The Butterfly Tree, which was selected to screen at Toronto International Film Festival in 2017.

Finding Sanity from Sandcastle Studios: A feature film about the true story of the man who risked his life to discover the world’s first treatment for mental illness. Dr John Cade was a young Australian doctor who defied the medical establishment to stir up a miracle that changed the world. This biographical drama is based on the book of the same name by Greg de Moore and Ann Westmore. BAFTA-winning screenwriter Mike Bullen, who created and is executive producer on Cold Feet, is attached as executive producer and AWGIE-winning screenwriter Chris Cudlipp will write and produce this uplifting film.

Gnomes from The Two Jons: A character driven comedy with a supernatural twist. The series is written by writer, comedian and actress Tegan Higginbotham (Oddball) and Paul Verhoeven (Steam Punks), with script editing from Marieke Hardy (Laid). Richard Kelly (Shaun Micallef’s Mad as Hell) and John Molloy (Molly) will produce alongside Joel Kohn, who will also direct. Joel created the series, which is inspired by his viral short film Gnomes Attack.

Misfit from Made Up Stories: A feature-length drama written and directed by emerging writer and director Luci Schroder whose short film Slapper was selected to screen at Sundance Film Festival in 2017. The film follows Heidi, a woman who suffers intensely from trauma-triggered, dissociative identity disorder, and her experience navigating life as she falls through the cracks in a system that is not designed to support her. The film will be produced by Bruna Papandrea, Jodi Matterson and Steve Hutensky, who are currently working on the film adaptation of the critically acclaimed crime novel by Jane Harper, The Dry.

The Agency from Ambiance Entertainment: An outrageous musical comedy set in a trendy advertising agency, focusing on an artistically stifled jingle writer Sebastian, his eccentric co-workers and his seemingly endless client list, as he battles for authenticity in a world of facades. The writing team is led by co-creator Joel Slack-Smith (Orange is the New Brown), and includes Emmy Award-winning British writer Roger Drew (The Thick Of It, Veep).

The Gathering from Asphodel Films: A six-part teen drama series about a group of disillusioned teens who discover they have been chosen to battle a centuries-old evil simmering within their small town. The series is an adaptation of the successful novel of the same name by author Isobelle Carmody. It is written and directed by Nicholas Verso (Boys in the Trees) and co-written by Craig Irwin, who worked with Verso on the fourth series of Nowhere Boys. Kodie Bedford is on board as a writer and recently co-wrote for the teen drama series Grace Beside Me and critically acclaimed series Mystery Road.

FLESH WITHOUT BLOOD
Thumper Pictures Pty Ltd
Genre Thriller, Science Fiction
Producers Christopher Sharp, Morgan Benson-Taylor
Writer Jessica Redenbach
Director Melvin Montalban
Synopsis: When Ana, a professor of robotics, develops an IVF capability for her ubiquitous domestic robot, she inadvertently gives the robot a consciousness, setting in motion a series of events that will threaten her marriage and her life.

CLASS OF ’07
Matchbox Productions Pty Ltd
Genre Comedy
Writer/Director Kacie Anning
Producer Mimi Butler
Writer TBC
Synopsis: When an apocalyptic tidal wave hits during the 10-year reunion of an all-girls college, a group of women must find a way to survive on the island peak of their high school campus.