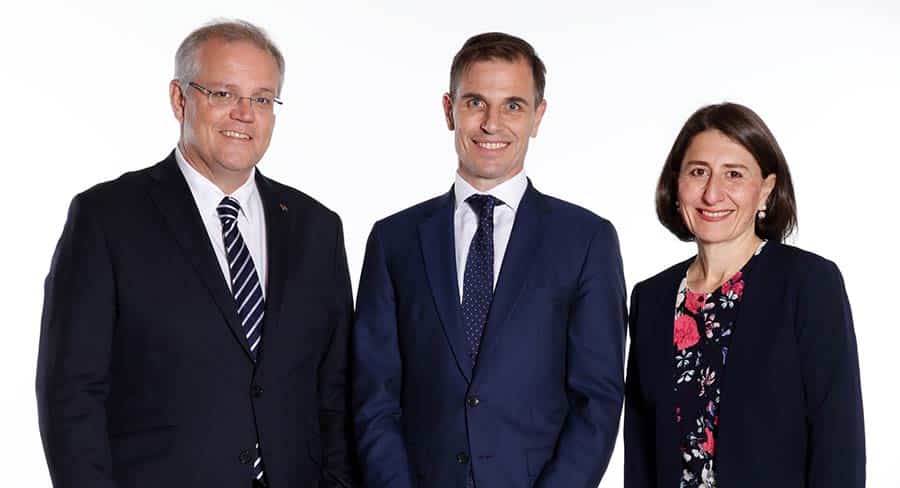 “I want to congratulate The Daily Telegraph for being a voice for Sydney.”

• “You are a clear, persuasive voice in this city and country”
• New Telegraph editor Ben English on breaking golden rules of tabloids

The annual event, to honour the legacy of NSW engineer John Bradfield, is sponsored by News Corp Australia and The Daily Telegraph.

Australia’s new Prime Minister Scott Morrison delivered the Oration and during his speech endorsed the work of the News Corp Australia daily in the city he calls home. “I want to congratulate The Daily Telegraph for being a voice for Sydney,” said Morrison, singling out the work former editor Paul Whittaker.

“In 2014, there was a lot of nervousness about our decision to build the Western Sydney Airport. There were 50 years of resistance.

“But the government felt that the time had come and, to the credit of the Telegraph, you did too.

“This is a paper that is not just proudly Sydney but persuasively puts the case for a Sydney with more roads, better services, and a stronger economy and safer communities.

“We don’t agree every day but you are a clear, persuasive voice in this city and country and I thank you for your support of this Oration and our Emerald city.”

Prior to the Oration, The Daily Telegraph’s new editor Ben English welcomed the prime minister and spoke about how the news brand has been campaigning recently on behalf of its readers: “The theme of our Bradfield Oration campaign of coverage in The Daily Telegraph this month has been red tape. All right, granted, this appears to break a couple of golden rules of tabloids – it’s not new and it certainly is not sexy.

“But the dead hand of red tape is at the heart of why our city has yet to fully realise its potential. Our coverage has focused on the miasma of planning bodies that mire progress. “One of the breakthroughs of our Oration series has been the establishment of the Greater Sydney Commission, whose overarching remit has been to slice through this bureaucratic impasse and ensure that all big decisions about Sydney are made through the framework of its grand masterplan.”