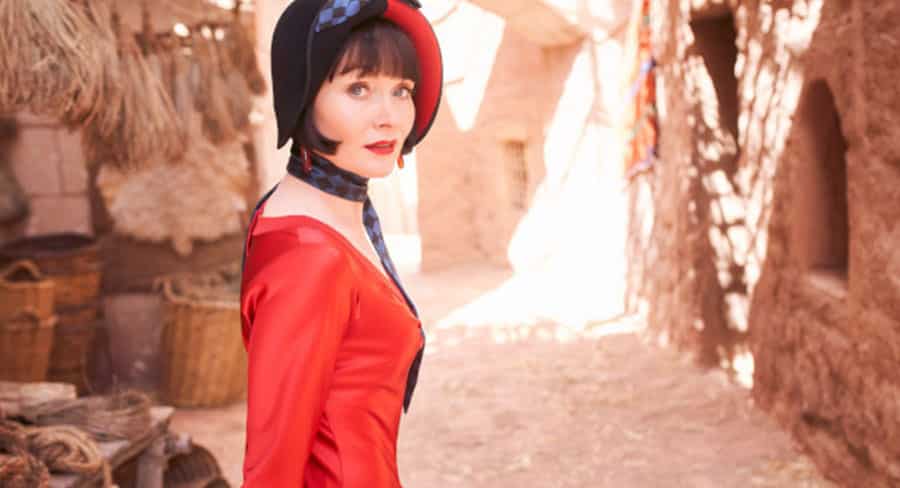 Creative industries, including the film industry, were one of the sectors hardest hit by the COVID-19 pandemic.

Creative industries, including the film industry, were one of the sectors hardest hit by the COVID-19 pandemic. Despite the circumstances they faced when they were released, titles like The Invisible Man, Rams, and Miss Fisher And The Crypt Of Tears all made upwards of $3 million each.

Australian films took a total of $22.6 million at the local box office in 2020, and while that number is down significantly compared to last year, cinemas were shut for extended periods of time due to the pandemic.

Screen Australia CEO Graeme Mason said, “It is difficult to assess the health of the industry based on box office, television ratings, and online viewership figures over the past year given the impact the pandemic had on society, our lifestyles, and the way we consume content. But it is important to view this data holistically with other industry trends to see what has resonated and admire the scope of content released during such a difficult year.”

“While 2020 will always be the year that COVID-19 hit us hard, 2020 was also a time that saw screen stories become more important, more sought after, and more innovative than they ever have been.”

The industry already looks like it’s beginning to recover after last year. While the top grossing film of 2020, The Invisible Man, made $9,088,367 at the box office, The Dry has already made $10 million, signaling a strong comeback for Australian film in 2021. Other releases scheduled for later this year include Penguin Bloom (21 Jan), High Ground (28 Jan) and Long Story Short (11 Feb).

The top ten grossing Australian films of 2020 can be seen below. 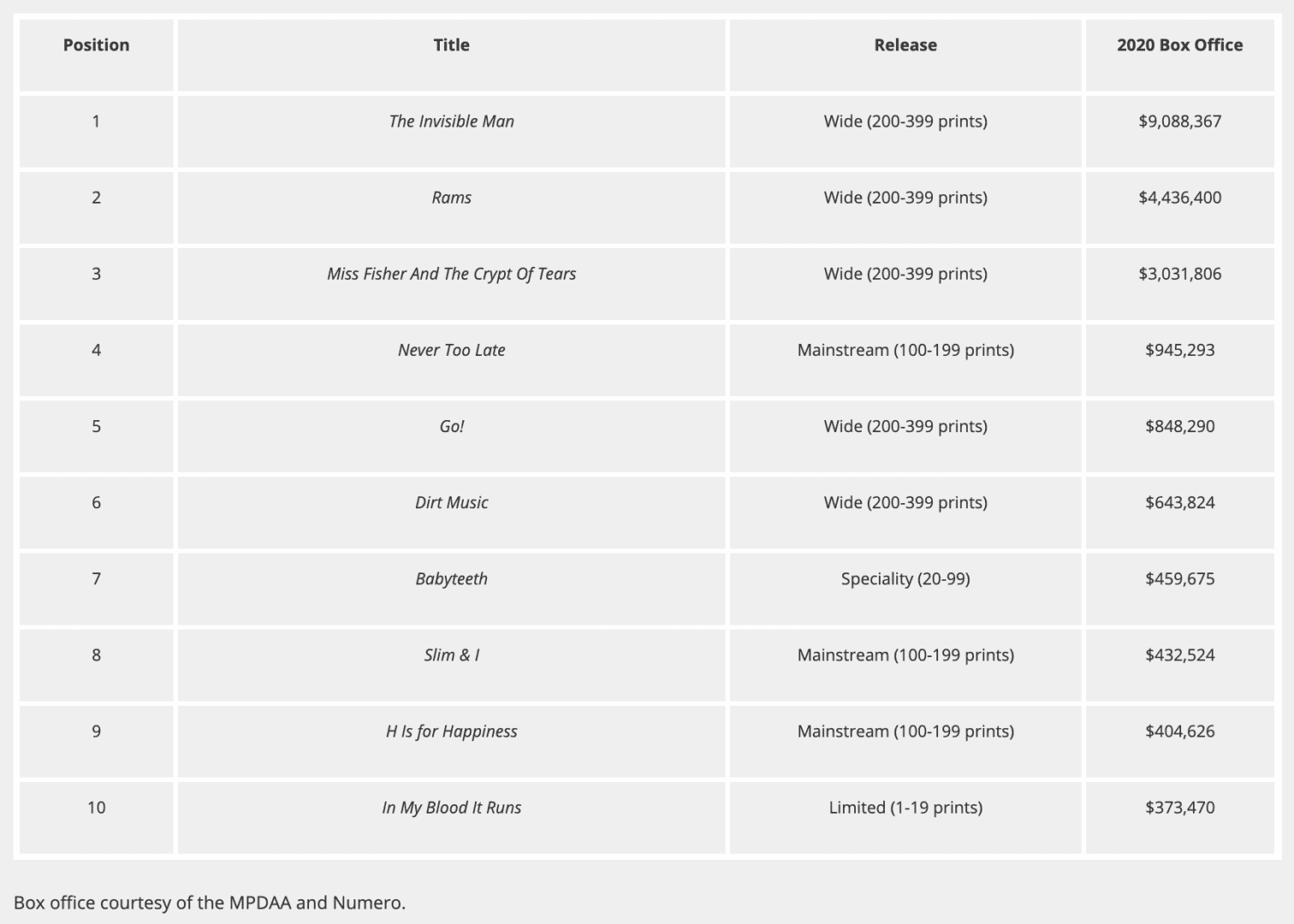