“The quality of Australian television drama in 2020 was world class and should be celebrated.”

Despite contending with the COVID-19 pandemic’s particularly large impact on creative industries, Screen Australia’s year in review has shown that Australian shows are doing well not just here, but overseas as well.

A continuing success story, Bluey continued to delight kids and adults alike all over the globe. The series about a young blue heeler and her family has reached more than 110 territories including the US, UK and China. Back home, Bluey is the most watched show, and the highest rated series ever on ABC iview.

“The quality of Australian television drama in 2020 was world class and should be celebrated. It’s no accident that Stateless and the second series of Mystery Road were selected to make their world premiere at the Berlin International Film Festival. Our television content continues to punch above its weight and resonate with audiences here and around the world,” said Screen Australia CEO Graeme Mason.

“The Secrets She Keeps secured a prime time premiere on flagship channel BBC1 and was the sixth most watched series on BBCiplayer. Stateless reached a worldwide audience on Netflix following its successful premiere on ABC in Australia, and The New York Times included the second series of Mystery Road, which screened on Acorn in the US, in their top 20 Best International Shows of the year. The Chinese adaptation of ABC series Miss Fisher’s Murder Mysteries created by Every Cloud Productions screened across Southeast Asia.”

Four of the top 10 Australian dramas in 2020 were broadcast on the ABC, with all the commercial free to air broadcasters also represented amongst the most popular shows. 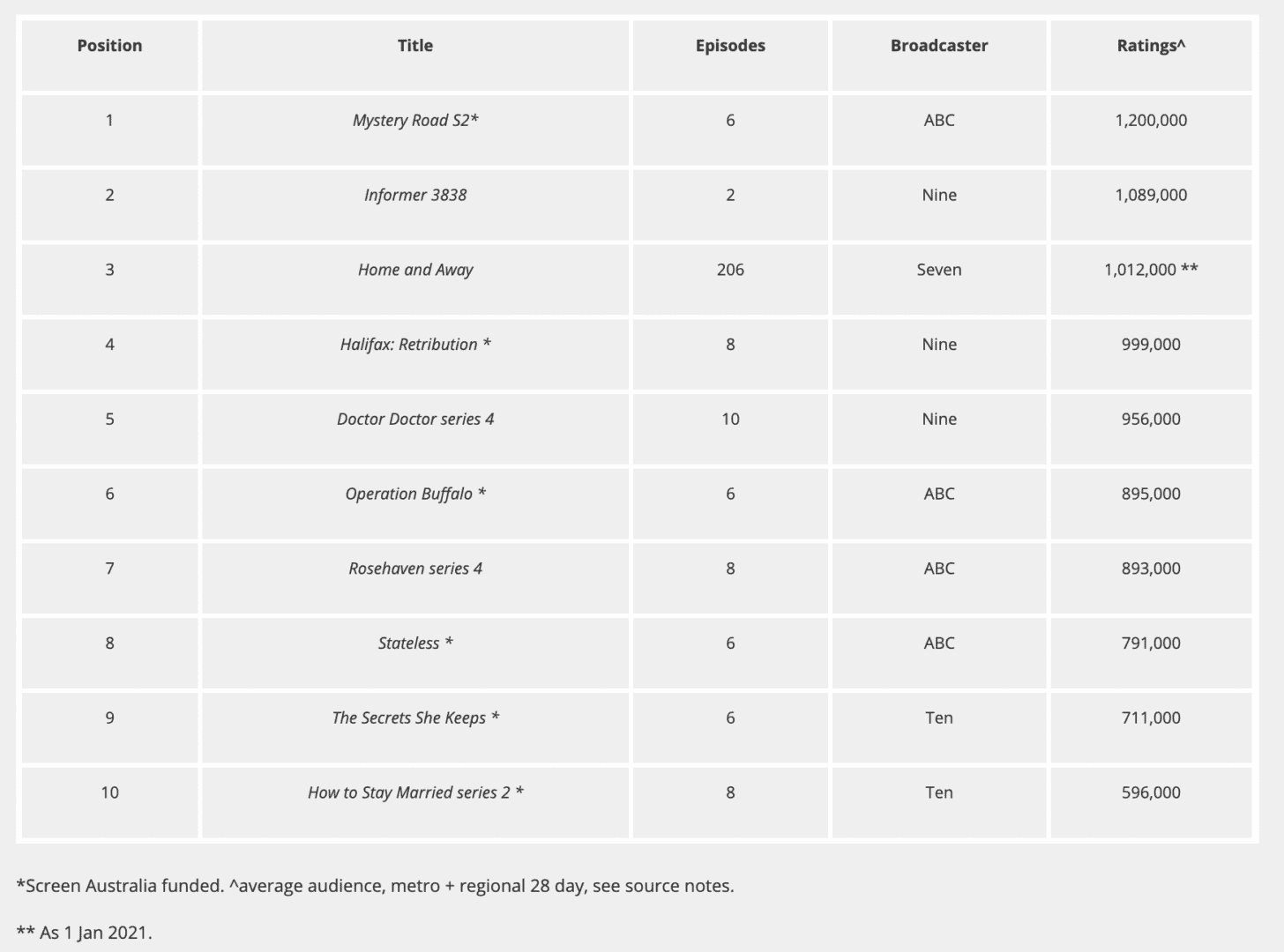 All ratings are courtesy of OzTAM and RegionalTAM, 5-city-metro, combined markets, total people, average audience, consolidated 28 day except where noted.