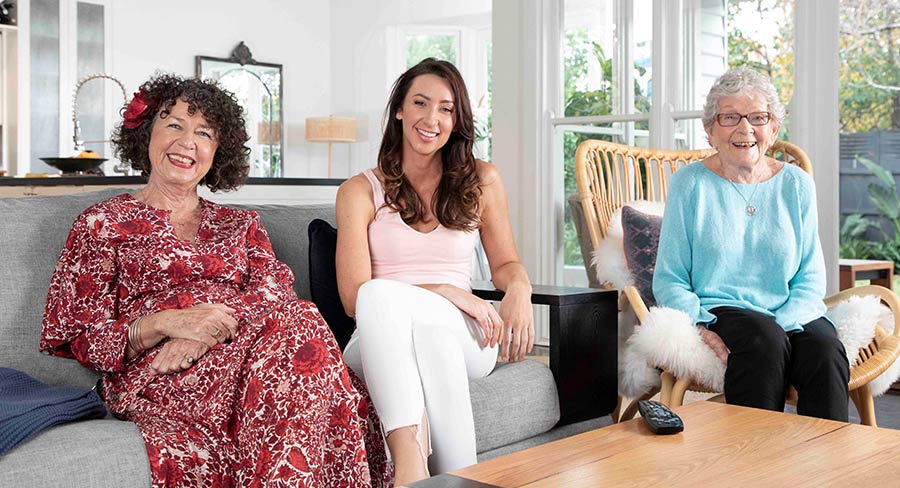 Over the break, the show won an AACTA Award for ‘Best Factual Entertainment Program’

Returning for its 13th season, Gogglebox Australia will be airing on FOXTEL’s LifeStyle Channel on Wednesdays at 7:30pm, and the following day, Thursdays at 8.30pm on 10. This series sees Australia’s favourite households back on the couch and ready to pass their judgment on 2021’s newest television programs.

Fan favourite, 91 year old Emmie will be back after she sat out the last season of Gogglebox to isolate from the COVID-19 pandemic at her own home. Her presence was missed amongst fans who wondered if she’d be back at all, but this season she’ll return with her daughter Kerry and granddaughter Isabelle, albeit on a new couch after Isabelle moved house.

Over the break the show won an AACTA Award for ‘Best Factual Entertainment Program’, making it a four-time TV WEEK Logie and AACTA award winning show. Group General Manager of LifeStyle Wendy Moore has spoken about what exactly it is that makes Gogglebox Australia so popular.

“The success of the past twelve seasons of Gogglebox comes down to the simple fact that we are all craving an authentic connection with people we can relate to. Our Gogglebox families are such a great reflection of all of us and watching them share our own experiences has become part of our collective survival kit in the past twelve months!”, she said.