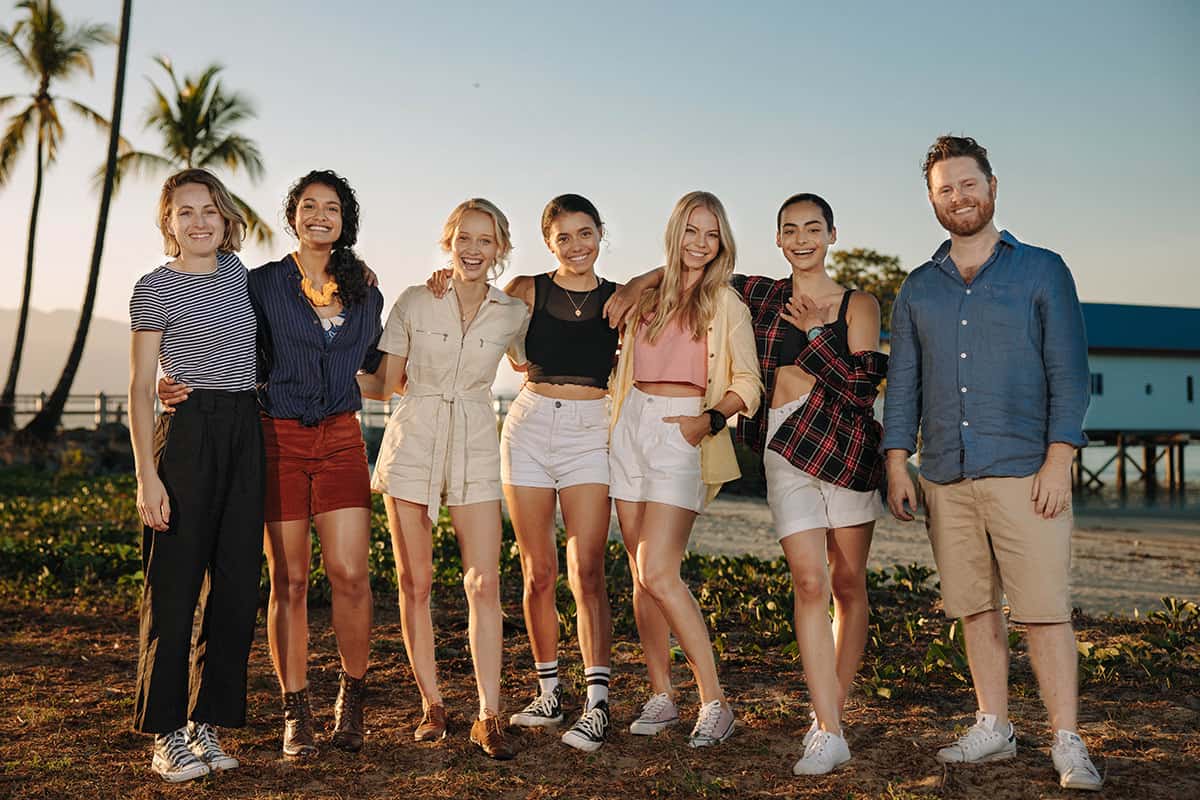 The new Screen Australia projects include feature film How To Please A Woman about a woman’s choice to take her all-male housecleaning business to a more intimate level; anthology drama series Fires set during last summer’s devastating bushfires for the ABC; and a comedy about a single woman and her database of potential sexual partners in Spreadsheet for Viacom CBS.

Sally Caplan, Head of Content for Screen Australia said, “It’s fantastic to kick off 2021 with such a great sample of the premium dramas that have been greenlit across the country. It’s a testament to the resilience of the screen industry to have so many projects move into production during such a challenging period.

How To Please A Woman: The debut feature film from Western Australian writer/director Renée Webster (The Heights). This comedy/drama follows 50-something Gina who has an inspired business idea to launch an all-male house-cleaning business that also provides intimate experiences for the customers. The uptake is instant, and the challenges of the business help Gina realise she must embrace her own desires to have the life she wants. This film is produced by Tania Chambers (Kill Me Three Times) and Judi Levine (Falling for Figaro), and executive produced by Deanne Weir (Babyteeth), Roxana McMallan (Hildegarde), Olivia Humphrey, Adrian and Michela Fini, and Pam and Julius Colman. How To Please A Woman is supported in association with Screenwest and Lotterywest, and was also supported through the Screen Australia Gender Matters initiative.

Gold: A feature film from writer/director/producer Anthony Hayes (Ten Empty), which follows two drifters (played by Hayes and Zac Efron) travelling through the outback who stumble across the biggest gold nugget ever found. They hatch a plan to protect and excavate their bounty but, when one man leaves to get equipment, the other remains and must endure the harsh desert climate, while battling the creeping doubt that he has been abandoned to his own fate. The creative team also features writer Polly Smyth and producers John Schwarz and Michael Schwarz of Deeper Water Films (Danger Close: The Battle of Long Tan). The executive producers are Andrew Mann (Buckley’s Chance), Peter Touche, Simon Williams, Paul Wiegard, Will Clarke, Andy Mayson, Nick Forward, and Mike Runagall. Gold will premiere as a Stan Original following a national theatrical release through Madman in 2021. It is financed in association with Stan, Altitude films, Ingenious Media and with support from the South Australian Film Corporation.

Fires: A six-part drama for the ABC inspired by extraordinary accounts from people who survived the catastrophic fire season of 2019/20. A serialised anthology, Fires weaves character studies based on true stories into a narrative about the biggest fires of this century. Each episode is based around reports from ordinary people caught in the unimaginable and the impossible choices they were forced to make. From volunteer firefighters risking everything, to families who lost homes and loved ones; from people who had to make agonising decisions about whether to stay or flee, to those who found themselves responsible for the lives of friends and strangers – Fires tells the story of how one summer changed us forever. The writing team, led by showrunner/writer Belinda Chayko (Safe Harbour) includes Jacquelin Perske (The Cry), Mirrah Foulkes (Judy and Punch), Steven McGregor (Mystery Road) and Anya Beyersdorf (Eden). Fires is produced by Elisa Argenzio (Lambs of God) and executive produced by Tony Ayres (Stateless), Andrea Denholm (How To Stay Married) and Liz Watts (The King). This project is financed with support from the ABC and supported by Film Victoria through the Victorian Screen Incentive and Regional Location Assistance Fund.

Frayed Season 2: A six-part second season for the ABC and Sky Studios from Merman and Guesswork Television. Season two picks up back in London, where the lives and secrets of the Cooper family unravel further as they deal with the ramifications of season one’s explosive finale and their Australian past insists on catching up with them. Returning for the second season is series creator, writer and BAFTA-nominated actor Sarah Kendall, director Shaun Wilson, producer Nicole O’Donohue and executive producers Kevin Whyte, Clelia Mountford and Sharon Horgan. The series is financed with support from Screen NSW and international sales will be managed by NBCUniversal Global Distribution on behalf of Sky Studios.

Spreadsheet: An eight-part comedy series for Viacom CBS about recently divorced, hectically busy mother-of-two Lauren who is looking for sex without commitment. With the help of her best friend Alex, the ‘Spreadsheet’ is born: a database of options to sleep with. Lauren is determined to prove women can play men at their own game, from mastering casual sex, to a career, her family and her own sanity. The creative team features creator and writer Kala Ellis, writers Romina Accurso (The Heights), comedian Rhys Nicholson, Darren Ashton (Here Come The Habibs), Matilda Brown (Let’s Talk About) and Michelle Law (Homecoming Queens). Spreadsheet is produced by Andy Walker (The Kettering Incident) and executive produced by Catherine Nebauer (Hardball). This project is supported by Film Victoria through the Victorian Screen Incentive, and ITV Studios will manage international sales.

Dive Club (pictured): A 12-part teen mystery drama for Network 10 and Netflix. Filmed in Port Douglas, Queensland, the series centres on teenage divers Maddie, Lauren, Anna and Stevie. When Lauren goes missing after a cyclone, the group are plunged into a search that raises more questions the deeper they dive. Dive Club is written by Georgia Harrison (Rip Tide), Claire Harris (Zelos), Adrian Powers (Paper Champions), Caera Bradshaw and Drew Jarvis, and directed by Rhiannon Bannenberg (Rip Tide), Christine Luby (This Little Love Of Mine) and Hayley McFarlane (Swimming for Gold). The producers are Steve Jaggi (Rip Tide) and Spencer McLaren (Swimming for Gold). Made by The Steve Jaggi Company, this series is a Netflix and Network 10 co-production, with support from Screen Queensland.

Me and Her(pes): A six-part romantic comedy for YouTube, which follows twenty-something overachiever Saffie, who discovers she has herpes and reaches out to Bek, the one night stand who ghosted her and the only person she’s ever slept with. When Bek insists on helping Saffie as she recovers from her initial outbreak, the two, bound together by their shared virus, come to better understand herpes, sexuality, their bodies and each other. Director Vic Zerbst (of comedy duo Freudian Nip) teams up with writer/producer Gemma Bird Matheson (The Housemate), writer Kasia Vickery and producer Hannah Ngo (producer of upcoming SBS series Iggy & Ace) and executive producer Alexandra Keddie (The Housemate). This series is presented in partnership with ACON.