It doesn’t seem long ago Podcast Week spoke with Sarah Grynberg about the launch of her A Life of Greatness on PodcastOne Australia. This week she launched season five! The podcast journey of the interviewer, producer and author has included great chats with some iconic guests including Matthew McConaughey, Hamish Blake, Dr Joe Dispenza, Jay Shetty, Gabrielle Bernstein and Mark Manson.

In what Grynberg is promising will be her biggest season yet, her interviewing style is unlocking more inspiring untold stories and shared wisdom. This season more personalities will join Grunberg to reveal their research, knowledge and experiences, motivating others to cultivate an extraordinary existence. 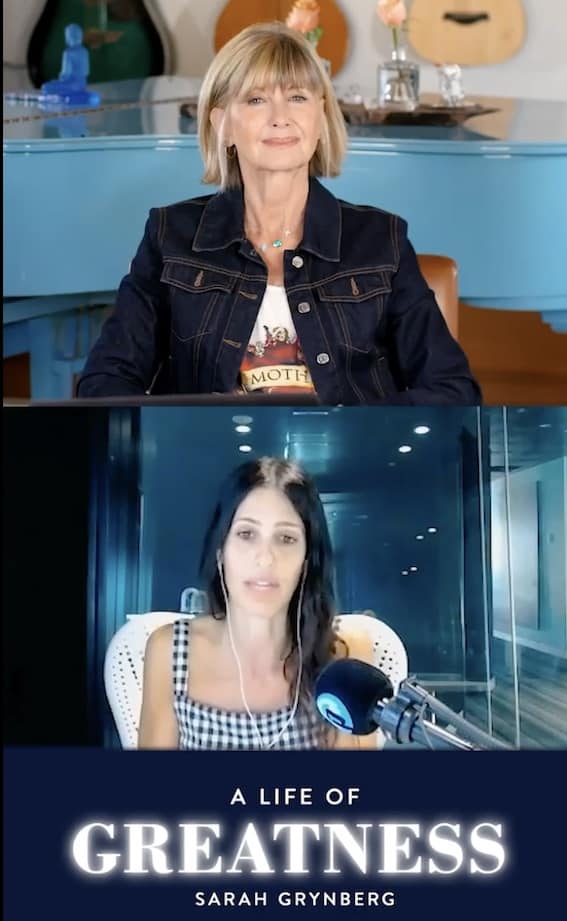 In the first of the new episodes, Grynberg speaks with Aussie sweetheart, actor and singer-songwriter, Olivia Newton-John. Not missing a beat, Newton-John shares some of her most intimate memories never heard before and describes how they have shaped her to live a life of greatness.

Sarah Grynberg, said: “I have been blown away at the success of A Life of Greatness and can’t believe in just two years we are already up to our fifth season. I wanted this podcast to be an inclusive series that would resonate with everyone, irrespective of their personal beliefs.

“I believe everyone is capable of leading a great life. It is my hope the interviews in A Life of Greatness will give listeners the courage and motivation to make changes, big or small, to realise their true potential.”

Freed up from the extraordinary commitment required to make radio five days a week, Tim Ross, aka Rosso, is continuing his love affair with audio via podcasting.

He found time to talk to Podcast Week recently during a publicity tour for his Designing a Legacy TV special. Broadcast on ABC this week, the series had an overnight national TV audience of just under 500,000.

“Podcasting is probably the thing I did more of in 2020 because it was very much a digital year,” said Ross.

“I did three podcasts for the Opera House and a series for the National Gallery. I did a couple of fun things for myself and we have an ongoing series for Brickworks.”

Ross said there will be more for Brickworks in 2021 and also new projects with the Opera House. 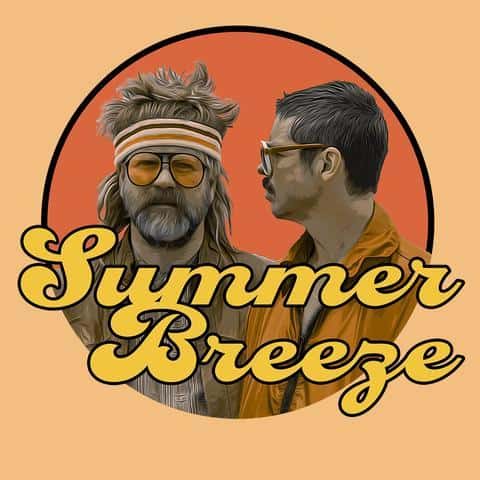 His “fun thing” was the Summer Breeze podcast where he also does the music. “It’s mad. Just good guests and funny songs. There will be another one for Easter.

“What I love about podcasting is how wonderfully niche it is. The media companies are looking for the broadest things, but the beauty of the medium is that it doesn’t have to be. I can be interested in something like someone collecting furniture in Belgium. [Laughs] Bring it on.”

The new series for Brickworks will be called Sanctuary. “It’s the concept of creating a space in these times.”

Kevin Hillier: Podcasts from pastry and punk to Brian Mannix

Ruck ’N Roll and Food Bites were the first podcasts in the group for the growing podcast empire Howdy Partners run by broadcaster and author Kevin Hillier and his newsreader wife Sarah Patterson.

The two podcasts have continued since launch with a similar total number of episodes. Hiller said Cheeselinks has been a great partner, sponsoring Food Bites since launch. The other Howdy Partners podcast original had a bumpier road to profitability. “Ruck ’N Roll did have a sponsor early on, but without going to deeply into, they didn’t pay,” Hillier told Podcast Week. “We have a good sponsor of the Brian Mannix podcast Life of Brian through Murcotts driver training programs. We have been pretty lucky attracting sponsors.”

Other podcasts in the stable include Authorised which features author interviews, Two Dogs is a series done for the AFL team Western Bulldogs, Talking Wyndham is a weekly podcast about the Melbourne city of the same name, and Living with Diabetes is released monthly for Diabetes Victoria.

There’s a few other niche series too like the Big W Podcast for the Werribee Football Club and others a little more irregular that were impacted by Covid during 2020.

“These days we are reluctant to start a new podcast without a commercial partner,” admitted Hillier. “But the paramount thing is the idea and if the idea is good enough we will run with it. For example, Ruck ’N Roll is between sponsors at present, yet we keep it going because we just love doing it.”

The podcast is anchored by Hillier, with Uncanny X-Men‘s Brian Mannix and footy journo Mark Fine (ex-SEN) who replaced the at-times controversial Rohan Connolly who went from The Age to his own platform, Footyology.

“We run the podcast business very lean so we can keep going when we need to. We have two great producers doing all our audio production and they help out because they love doing it for a bit of pocket money we give them.”

Life of Brian attracts the biggest audience. The podcast doesn’t take part in Triton Digital’s Podcast Ranker, but Hillier and the team are proud it has topped the Apple Australian Podcast chart previously.

“The episode we recently put up featuring Johnny Rotten and Miss Helena from Romper Room is doing some pretty good numbers.” Howdy Partners’ catchy promo promised: “This is the real Romper Stomper … Rotten and Helena with Mannix and Hillier.”

As to how Hillier got John Lyon for his podcast, Hillier drew on his skills as a persistent DJ looking for talent in his radio days. “I just kept asking. I saw Lydon released a book and I used the contacts I have for our Authorised podcast. I knew Brian is a massive Sex Pistols fan and I knew it would make for a great episode. I eventually got on to Lydon’s manager who helped make it happen. Subsequently, I have got some great feedback from them how much they loved the interview. We did about 40 minutes and ended up editing very little out. He doesn’t suffer fools, but we can report he didn’t tell us to ‘get fucked’ once! [Laughs]

“The whiteboard of names I am trying to get has everybody on it from Paul McCartney through to various international sports superstars. I just keep asking until they say yes!” 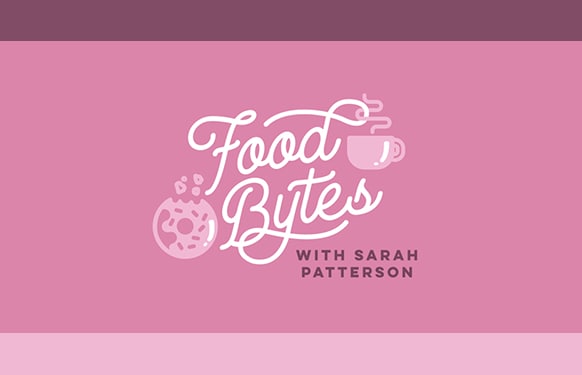 Hiller used to host with Whooshkaa, but swapped to Omny after presented with what he thought was a more attractive deal. “The Omni technical back-up has been excellent, and their promotional help has been very good too.”

Hillier views the podcast portfolio as part of his overall business, as distinct from its own profit centre. “At this stage for us there is no big money in it. For something like Life of Brian we don’t make much because we pay the producer who does a great job and I pay Brian. I am happy it to be part of our business with is covering our costs.”

The rest of the Howdy Partners Media business includes commercial production, voice-over and corporate hosting. Hillier is a veteran radio announcer who worked in Queensland before moving to Melbourne, a stint which included time at the AM superstation 3XY and then years with the major FM stations Gold, Fox and Triple M. Most recently he hosted on SEN.

The general time rules for the big Howdy Partners podcasts are 30 minutes for Food Bites and an hour at the absolute maximum for Life of Brian. “We blew out the Christmas show to 90 minutes. I’d prefer 45 minutes though. Ruck ’N Roll is about an hour. For me 30 minutes works best for many listeners as it equates to your daily walk or other exercise routines and commutes.”

Listen to Life of Brian

Podcast Week’s look at series making a mark on the Acast platform this month:

Launching his month, Dr Fiona Reynolds explores how accidental celebrities deal with unenviable media fame following unfortunate events. In a six-part series Dr Reynolds interviews infamous Aussies about how they’ve been treated by the media and public since their rise to unprecedented fame. Accidental Celebrity features insights from Lindy Chamberlain-Creighton, whose baby daughter Azaria was taken by a dingo in 1980; Bruce and Denise Morcombe, who sacrificed their privacy to appeal for help in the search of the son Daniel; and Rosie Batty, who became the face of change in the move against domestic violence after an unfathomable tragedy.

From February 15th, The Daily Aus podcast returns. Hosts Zara Seilder and Sam Koslowski are two lawyers who quit their jobs to run the popular news based Instagram and podcast full time. The podcast’s point of difference from their Instagram is that their followers are provided with the opportunity to get to know more about the personalities behind The Daily Aus. Each episode takes listeners through four daily news stories and one good news story.

What You Will Learn

Podcast Week doesn’t have time to read books. But self-proclaimed “average Aussie blokes” Adam Jones and Adam Ashton love to read nonfiction books. In What You Will Learn they share what they have learnt from their book of the week with listeners. Covering everything from health to wealth and relationships to personal mindset, the Adam’s want listeners to pick up healthier habits, and drop the ones that are holding them back.

As proven by 2020, the world can be an absolute shit show! But maybe it would be less of a shit show if we all understood what was actually going on? New Zealand hosts Luce, Liv and Rubes (the team behind Shit You Should Care About), break down what’s going on in the world and help listeners navigate through the news, politics and pop culture. The Shit Show team reminds listeners that you can still have a good time if it all goes to shit! 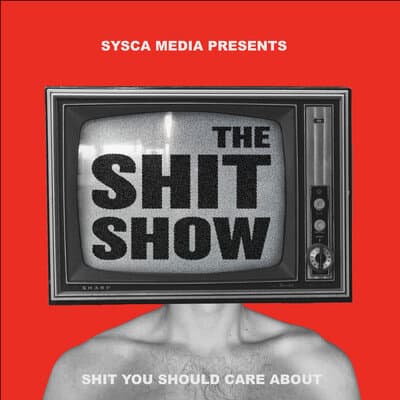