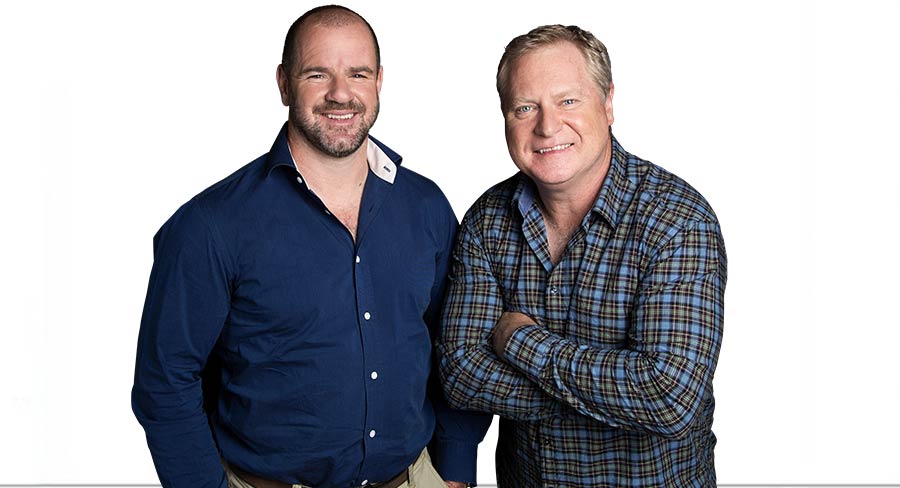 “Roo & Ditts have seen consistent audience growth since moving into the breakfast shift in 2014.”

Starting out in drive on Triple M Adelaide’s Rush Hour in 2011, Roo & Ditts made their way to breakfast in June 2014. The new deal will see them hosting breakfast until at least the end of 2021.

Roo said, “People always ask me if I hate getting up early, but I actually love watching the sun rise and talking about the big topics that matter most to the people of South Australia.

“When I signed this contract, I had a choice between working three more years with Ditts or getting six kids ready for the day ahead. My wife Sarah wasn’t too happy when I chose Ditts.”

Ditts added, “I feel very lucky, I love what I do and I work with one of the best blokes and a fantastic team, though it hasn’t been lost on me that Roo has hung onto me and my squash career to further himself.”

Southern Cross Adelaide’s General Manager James Pedersen said, “Roo & Ditts have seen consistent audience growth since moving into the breakfast shift in 2014. They are both ultimate team players and this is reflected in their popularity with listeners as well as within the Triple M team.

“We are delighted to have them on board for another three years and we are confident of their continued success.”