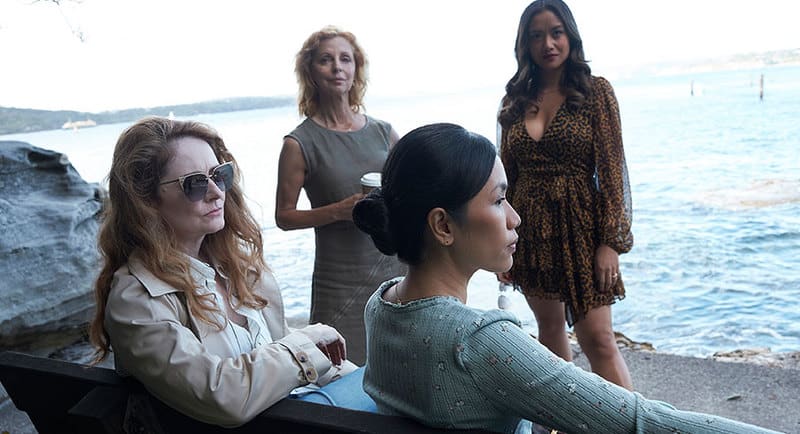 • Five new commissioned dramas on SBS and SBS On Demand: Copping it Black, The Unusual Suspects, New Gold Mountain, Iggy & Ace and The Tailings
• New 200-episode series, The Cook Up with Adam Liaw, to air weeknights on SBS Food
• New and returning documentaries on topics such as literacy, domestic abuse, anxiety and personal identity
• New Gold Mountain cast revealed and new faces to the network including Celia Pacquola, Jay Laga’aia, Rob Collins and Jess Hill
• 160 hours of new dramas on SBS On Demand: Shadowplay, Romulus, The Handmaid’s Tale, War of the Worlds and Shrill
• SBS On Demand in more languages with the introduction of Hindi, Korean and Vietnamese
• SBS expands its initiatives to boost diverse storytelling
• SBS Media to offer insights with new thought leadership studies

SBS managing director, James Taylor said: “2020 has demonstrated the distinctive and vital role of SBS as a contemporary, multilingual Australian broadcaster – part of the very fabric of our multicultural Australia – in an extraordinary way. We are reaching and engaging with more Australians than ever before, and next year we will continue to support diverse communities, reflect and celebrate contemporary Australia in all its glorious diversity, bring Australians together and connect with audiences in a way that others can’t.”

SBS director of TV and online content, Marshall Heald said: “2021 is set to be a bumper year across the network, with a record number of local dramas, documentaries and acquired programs that will surprise, challenge and inspire audiences. We scour the globe, and the country, for unique stories in languages, genres and formats that will connect Australians with the world around them and with each other. Now, more than ever, we want to continue championing the issues and communities not often seen or heard.”

With the support of Screen Australia Indigenous Department and French company APC Studios, SBS and National Indigenous Television (NITV) have announced Copping it Black from CAAMA and Bunya Productions, with the producing team behind Mystery Road. The beauty of Indigenous art and the sometimes-devious practices in the global art market take Detective Toni Alma on an epic hunt for a killer. Spanning her small Northern Territory community and art galleries across the globe, this is a murder mystery like no other, exploring culture, community and the very human pursuit of identity and belonging.

The murder mystery New Gold Mountain explores the story of the Australian gold rush from the perspective of Chinese miners who risked everything for a chance at unlikely wealth in a strange new land. The cast is led by Mulan and Dead Lucky’s Yoson An, Vikings star Alyssa Sutherland, and Christopher James Baker from True Detective, with familiar face Dan Spielman and exciting new talent Mabel Li.

The four-part heist caper The Unusual Suspects is also coming to SBS in 2021. Produced by Aquarius Films, it is a tale of female friendship and empowerment set in Sydney’s Eastern Suburbs. When a $10 million necklace is taken in an elaborate heist, women from vastly different walks of life come together to ensure justice is served. The Unusual Suspects champions strong female characters and marks the first major representation of Filipino-Australians on Australian TV.

SBS’s Digital Originals program, in partnership with Screen Australia and NITV, will be extended for another three years. The program provides opportunities for creatives traditionally underrepresented in the screen sector to develop scripted short-form projects for SBS On Demand. Applications for the 2022 Digital Originals program open in February 2021.

Next year, SBS will premiere two new Digital Originals – Iggy & Ace, a comedy exploring friendship, addiction and recovery through a queer lens, and The Tailings, a dramatic coming of age story. The latter is a murder mystery set against one of the most fragile, beautiful landscapes in Australia, the west coast of Tasmania, and celebrates the tenacity and pride of regional communities rarely seen on screen.

In 2021, SBS On Demand will premiere 160 hours of new drama every month. From Norway to New Zealand, Sweden to South Korea, Israel to Italy. Including psychological murder mystery The Sister, post-war thriller Shadowplay, Northern Ireland crime drama Bloodlands and Latin-language epic Romulus. There will also be new seasons of the critically acclaimed The Handmaid’s Tale, War of the Worlds and Why Women Kill.

In 2021, SBS will add three more languages to this service with Hindi, Korean and Vietnamese to be introduced, and SBS will also be significantly increasing the subtitled content available providing greater access to Australian stories. SBS will also continue to expand this unique service with the introduction of virtual channel experiences in Arabic and Simplified Chinese on the platform in 2021, creating content destinations uniquely tailored for these communities.

Comedian and actor Celia Pacquola will be exploring the anxiety so many people are struggling within Australia vs Anxiety. The Bowraville Murders will explore a families’ desperate search for justice in Bowraville. Strong Female Lead will explore gender politics during the term of Australia’s only female Prime Minister, Julia Gillard.

Untold Australia will return for the fifth instalment of three documentaries. From Birdsville (Birdsville or Bust) to Ipswich (Bowled Over), this series will reveal an honest and intimate portrait of contemporary Australian life.

Lost for Words presented by actor and singer Jay Laga’aia is a heart-warming three-part series exploring Australia’s staggeringly low adult literacy rates. Jay and an expert literacy teacher will follow the journey of 10 adults who are given a once-in-a-lifetime opportunity to change what has always been holding them back – reading, writing and spelling.

Australia’s Health Revolution with Michael Mosley will return in 2021 as Dr Mosley and Australian diabetes educator and exercise physiologist, Ray Kelly, explore the big picture of type 2 diabetes in Australia.

Building on the success of Is Australia Racist?, What Does Australia Think About? will uncover how Australia really views disability, ageism and obesity.

See What You Made Me Do will explore domestic abuse. Presented by investigative journalist Jess Hill, this series will examine the fine lines between love, abuse and power.

From NITV, Incarceration Nation will put the justice system on trial and question the cost this system is having on the culture, values and wellbeing of Indigenous people in Australia.

The network will welcome the return of some of its commissioned documentary series as well with the 12th season of Who Do You Think You Are?. Announced today, Uncle Jack Charles and Celia Pacquola are among the prominent Australians uncovering the secrets of their ancestry next year. Australia in Colour also returns, and Noni Hazlehurst will be back for Every Family Has A Secret.

Eurovision will be back in 2021 after its unprecedented cancellation earlier this year, with Montaigne preparing to take the stage in Rotterdam, the Netherlands, with a brand-new song. SBS will again bring the colour and chaos of the Sydney Gay and Lesbian Mardi Gras live to lounge rooms across Australia, but for the first time ever, the event will have a new home. the iconic Sydney Cricket Ground, to ensure a ‘COVID safe’ event. Beloved quiz shows Mastermind and Celebrity Mastermind are also set to return.

SBS has announced a 200-episode series, The Cook Up with Adam Liaw, that will air every weeknight at 7pm on SBS Food. Also on the menu is chef Analiese Gregory, who will bring the rugged food culture of Tasmania to audiences in A Girl’s Guide to Hunting, Fishing and Wild Cooking. Chef Shane Delia is back with A Middle East Feast with Shane Delia, seeing him recreating the food traditions of his homeland. Guillaume Brahimi will return with Plat du Tour to accompany the Tour de France, and NITV’s Strait to The Plate, hosted by Aaron Fa’Aoso, will unearth the stories, culture and secrets behind the unique cuisine of the Torres Strait.

Other returning food series include Cook Like an Italian with Silvia Colloca, Asia Unplated with Diana Chan, and Australia’s Food Bowl with Stefano de Pieri.

As the home of First Nations storytelling, NITV will present more powerful documentaries. The Fight Together follows NRL star Dean Widders’ journey to invent a new pre-game ceremony in response to the Maori Haka, to celebrate Aboriginal cultures and counter racism in rugby league. The First Inventors, a co-commission currently in development with Network 10, will see presenter Rob Collins meet and collaborate with First Nations authorities whose frontline fieldwork is giving exciting new insights into ancient Indigenous innovations and discoveries. NITV will also have returning seasons of favourites including the Logie award-winning Little J & Big Cuz and Going Places with Ernie Dingo.

After securing the broadcast rights for a further ten years until 2030, the power and beauty of the Tour de France will be back. Other highlights next year include the UCI Road World Championships, the International Champion’s Cup, the US Open Finals, full coverage of the National Basketball League (NBL), alongside matches from the National Basketball Association (NBA) and Women’s National Basketball Association (WNBA) leagues, the ISU Figure Skating, FIG Gymnastics, and the Dakar Rally. Catch all the action with highlight segments and recaps of some of the best sporting moments over the year.