Along with the new SBS VR app and three commissions, the broadcaster has partnered with Antenna Documentary Film Festival to carry international VR film Invisible.

The app continues to explore the world through a 360° lens – connecting audiences through immersive experiences and giving insights into unique stories.

Launching alongside the revamp are three new VR projects:

•  Welcome to Garma with Ernie Dingo

The Garma Festival is a four-day festival committed to improving the state of Indigenous disadvantage and attracts an exclusive gathering of 2,500 political and business leaders from across the globe. SBS VR, working with NITV, has captured a 360° video featuring some of the traditional dances and other cultural events throughout the festival.

•  A Pig’s Life with Matthew Evans

Host of upcoming three-part SBS documentary For The Love of Meat Matthew Evans takes viewers on a virtual reality journey to experience life as a pig in Australia’s meat trade.

In a special partnership with the Antenna Documentary Film Festival, audiences can also access international VR film Invisible. The explores the realities of the UK detention system through the voices of people with first-hand experience of being detained. 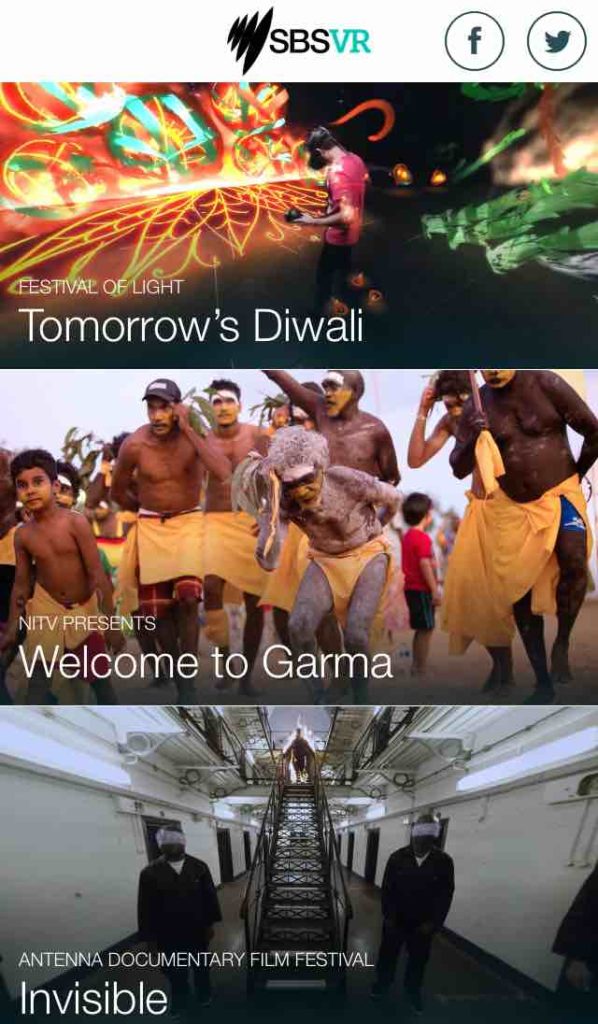 The new-look SBS VR app is free to download and is available for Apple iOS and Google Android devices starting this week.

“Embracing this digital innovation, SBS VR transports viewers to the very heart of unique stories, encouraging a deeper understanding of our diverse world.”