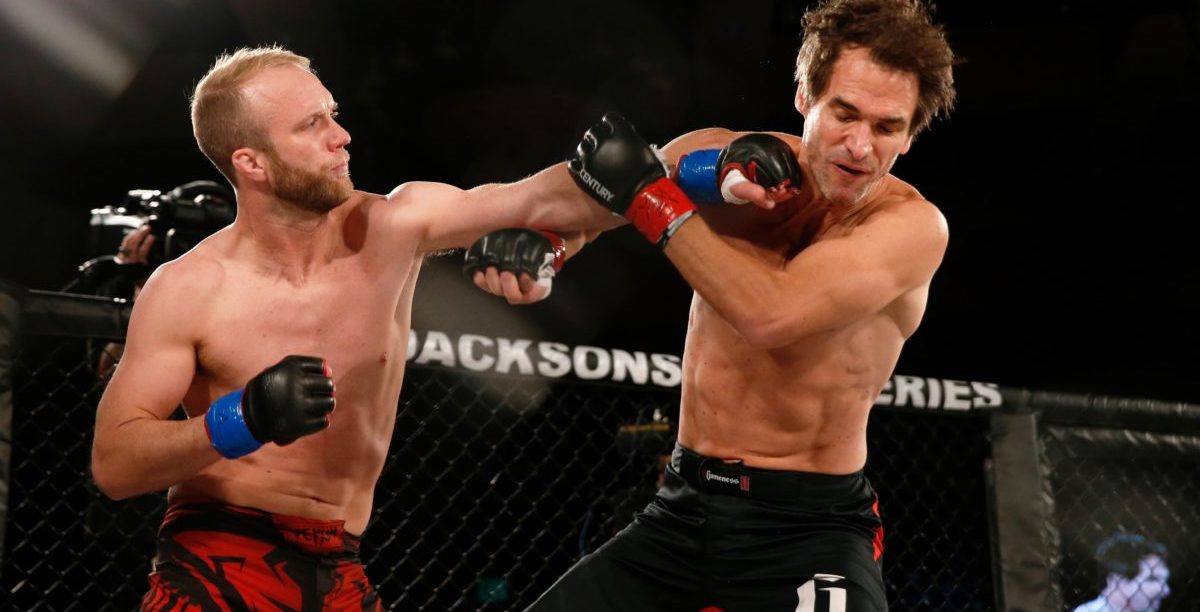 Todd Sampson’s new TEN series BodyHack has him pushing his physical limits in pursuit of exploring the physicality of people across the world. Mediaweek spoke with Sampson about the show.

How active a role did you take in the production of the show?

I wrote it. I worked backwards. I looked at things I thought people would be interested in, like resilience, diets, pain, and thought, “Who in the world does that in an interesting way?” The French foreign legion does resilliance, obviously. The military in general are very good at that. For diets, I thought of the Hadza in Africa, who have lived and eaten the same way for almost 100,000 years. Then it’s off to the production company to find the details, find the fixers, and work the logistics out. The show was nearly two years’ work. I had the idea originally while making Redesign My Brain.

Were there any great ideas that you were hesitant putting yourself through?

No. There were some things that became slightly prohibitive cost-wise. I wanted to do cosmonauts. I might do it if there’s another series. There was so much bureaucracy involved. The number of people we had to pay… It was, like, 50 people we had to pay to get me up into the stratosphere. I wanted to do a halo jump. The part of it is going somewhere interesting. It’s an adventure-science show, so it’s a combination of being quite an adventurous journey and it having a science backbone. You need to find a place that is interesting enough to hold people’s attention for an hour.

Does commercial TV mean you need to relax the science of it more than you might on the ABC?

No way. I don’t really care. To me, it’s an adventure-science show. Always getting the balance right from a storytelling perspective is important. My mission is to make shows that are, hopefully, fun to watch, but there’s something educational about them. Either who we are, our physiology, our psychology, anthropology – it has to have an intelligent backbone. I didn’t change it at all for commercial TV. And neither did TEN ask.

Coming to this after Redesign My Brain, you clearly have an interest in exploring ideas of the self. What drives that interest?

I think it’s a parallel journey to me understanding myself. I’m naturally inquisitive.  We know from Redesign My Brain that I have an extreme form of optimism bias and low serotonin levels, so my andrenaline doesn’t go very high, so I can control my emotions. It has been a journey of self-exploration and there have been many times on this journey where I wanted to quit. I thought I had pushed myself too hard. Did Russel Howcroft play much of a role in you landing at Ten with this project?

I didn’t even tell Russel. At the time it was all confidential and I don’t know what Russel knew. He’s seen some of it. He loves it. I’ll ask him tonight – I see him every Tuesday night. He’s very supportive.

Was it important for you that the projects you’ve done be broadcast on free-to-air?

All three of the documentaries I’ve done are for Discovery International. To me, I’m happy it’s on TEN, but I didn’t specifically say I wanted it on commercial or non-commercial TV. I just focus on the content. Other people worry about the distribution. I’m a fan of the ABC and TEN. ABC has been a part of my life for almost 10 years.

What’s next for you?

I’m three-quarters of the way through forming a new science documentary with the ABC about physics – the laws of science. I’m currently in that process now. It won’t come out until next year.

What is it about physics that fuels your interest?

I’ve always felt, because I’m a ferocious documentary viewer. I’ve always felt documentaries fell into two camps. They were either adventure documentaries or they were science documentaries. They’re Brian Cox, contemplative, intelligent. My mission was to smash them together. The next series is the same. It’s a little bit more risky. The experiments that I do, if stuff goes wrong – it would seriously go wrong. BodyHack is not about me cheating death, it’s about me jumping into their lives. The best way to understand people is to step into their shoes.

Is it deliberate that you don’t examine advertising in your work beyond Gruen?

Yes. I haven’t technically worked in the advertising business for almost two years now. Advertising was always my job, but it wasn’t my passion. Someone wrote somewhere ‘advertising guy becomes adventurer’. It’s the other way around. I was an adventurer well before. I climbed Mt Everest before I even knew the business really. I was an adventurer first and then I took on that career, which I loved by the way. It was an amazing career. I feel from a corporate perspective that I’ve done it. I was the CEO of a very successful company for 12 years and from a TV perspective, I’ve done it. Gruen will go down in history as probably one of the best shows the ABC has done. I feel thankful and appreciative, but that phase of my life is done. I’ll continue doing Gruen for as long as Gruen is around. I love it.