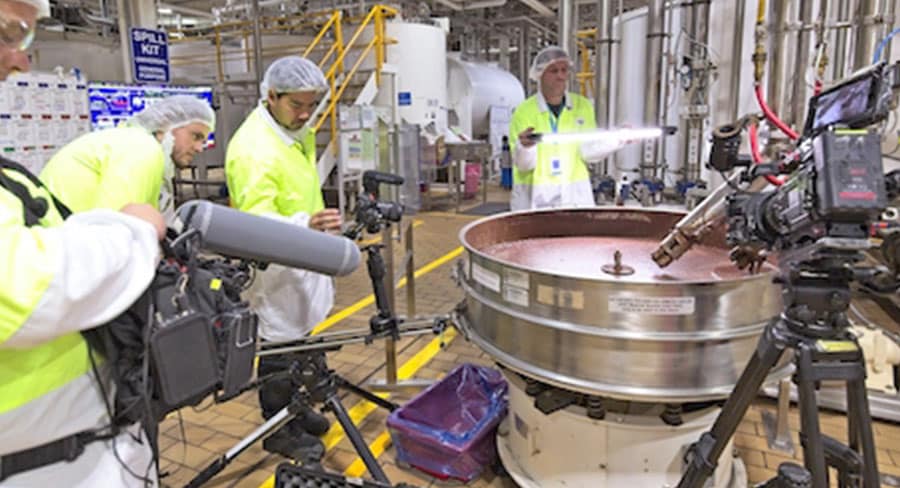 In an Australian television first on Easter Saturday, the fourth iteration of Slow TV takes viewers from the sugarcane fields of Queensland to a dairy farm in Tasmania before revealing the slow journey of millions of Easter eggs and bunnies inside the Cadbury factories in Hobart and Melbourne.

Like its predecessors, this three-hour visual feast will highlight Australia’s multicultural and Indigenous history with fascinating stories from our past.

“The Chocolate Factory: Inside Cadbury Australia is a major deviation from the previous three iterations of slow TV. Instead of physical journeys across land and water in The Ghan, The Indian Pacific and The Kimberley Cruise, this time we’re following the paddock to market journey of Cadbury’s Easter eggs and bunnies – from the sugarcane fields of Mackay in north Queensland to a dairy farm in Natone in northwest Tasmania and then to Cadbury’s factories in Hobart and Melbourne, where viewers will witness in all its decadence the Willy-Wonka inspired chocolate-making process. 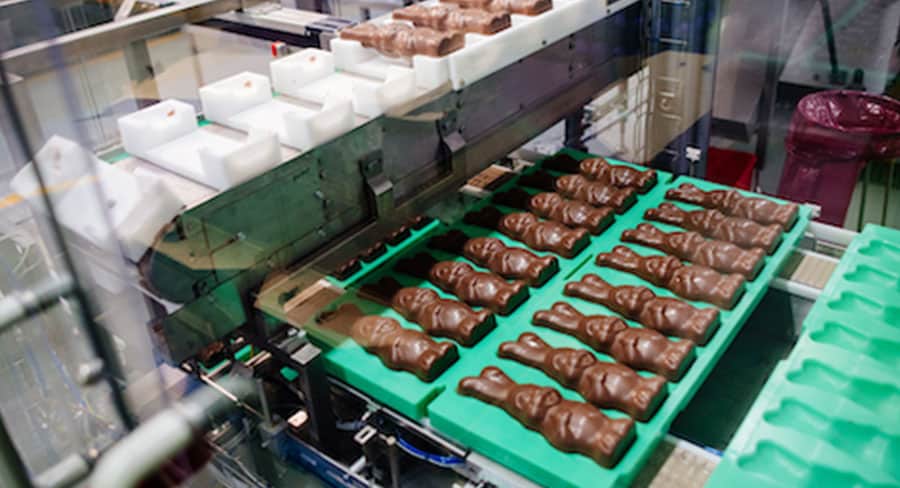 “This time, to enhance those factory experiences, we have added a unique musical score that will take the viewers into a world full of emotive and hypnotic feelings.”

Getting the big chocolate maker on board was the first task facing Kay and his team: “Working with a global corporate giant in Cadbury was at first daunting and many a meeting and recce took place before all parties were on the same page and actually that relationship ended up being key to the success of the whole film. They opened their minds to the genre of slow TV and helped devise the journey of the Easter egg and bunny that encompassed Queensland, Tasmania and Victoria.”

While tracking the progress of an Easter egg may not seem such a big undertaking, it was!

“As with all the slow TV productions I am immensely proud of what we delivered,” said Kay. “This one was more challenging as it was very different and had many more elements to it. Whilst we had some of the old school traditional elements of slow TV in the film, we had to find solutions to overcome the challenges of working in a factory and adhering to the ‘good food manufacturing policies’ that were in place.

“With so many different processes in the factory it was important to be able to cover them consistently with a range of cameras and lenses and also to keep a uniform style as we had done with previous slow TV productions. The factory floor is not a space for bigger cameras, nor for lots of equipment so we utilised drones, smaller high-end cameras on sliders and gimbals and borrowed many a ladder and scissor lift!” 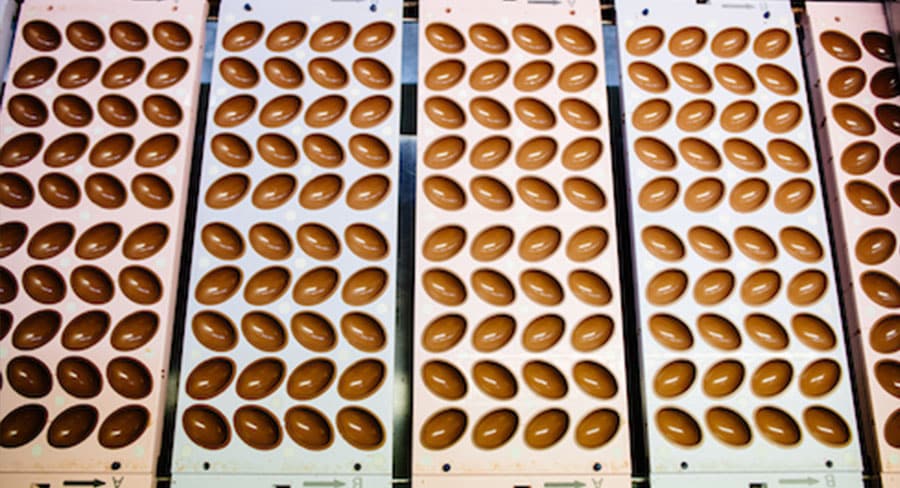 The filmmakers packed a lot into a short shoot, and were careful not to deliver a long TV commercial. “This film ran the risk of becoming corporatized, but what we ended up with was a paddock-to-market journey of chocolate and the hypnotic rhythm of the mass-production of Easter eggs and bunnies akin to the Charlie & the Chocolate Factory experience,” said Kay.

“Of course there is no film without a story and we had to be sure that we could garnish enough history, social and multicultural beats to be able to satisfy the SBS charter. In the end, after a nine-day shoot and months in the edit suite, we have an outstanding three-hour film, the like that has never been seen before in Australia. It is a film built on the founding pillars of slow TV and one that has without doubt progressed the genre. And with the addition of a unique score, the bar has been substantially raised.”

Kay added he thought it is a good watch for challenging times.

“With this episode of slow TV we will appeal to every viewer’s inner child. The so-called reality TV juggernaut that exists in this country creates a manufactured and false outlook on life. Slow TV lets you create your own feelings, is true family entertainment and very good for your mental health. The Chocolate Factory is the ultimate family viewing where you can indulge in three hours of slooooow TV. It’s good for the soul in this stressed out crazy time we are all living in. It will let you drool over footage of chocolate being made and viewer advice, have chocolate on standby!”

Slow TV: An innovative style of television which invites the viewer on an immersive journey, Slow TV first originated in Europe. SBS introduced local audiences to the genre in 2018 with The Ghan – Australia’s Greatest Train Journey. It was an SBS ratings hit with 1.75 million viewers (Combined Metro + Regional).