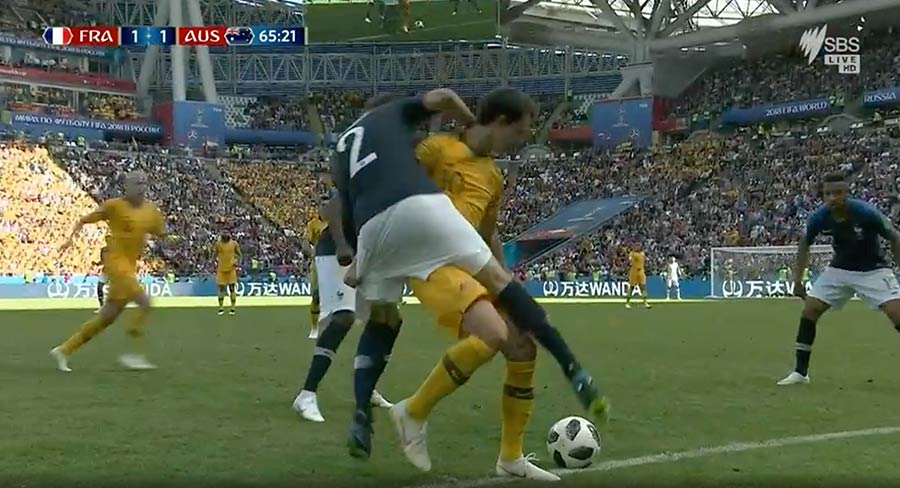 The first Socceroos game was the most-watched program on Saturday June 16.

SBS’s live coverage of the Socceroos’ premiere appearance at the 2018 FIFA World Cup Russia on June 16 was the most-watched program of the night in Australia. It has become the ninth highest-rating FTA program nationally in 2018 to date.

The Australia v France game had 1.653 million (metro) watching. It reached 3.4 million people (metro + regional). The live broadcast of the match averaged 2.1 million (total people metro + regional), peaking at 2.7 million around the middle of the second half when scores were level. It achieved 44.9% metro FTA share and 33.1% regional FTA share.