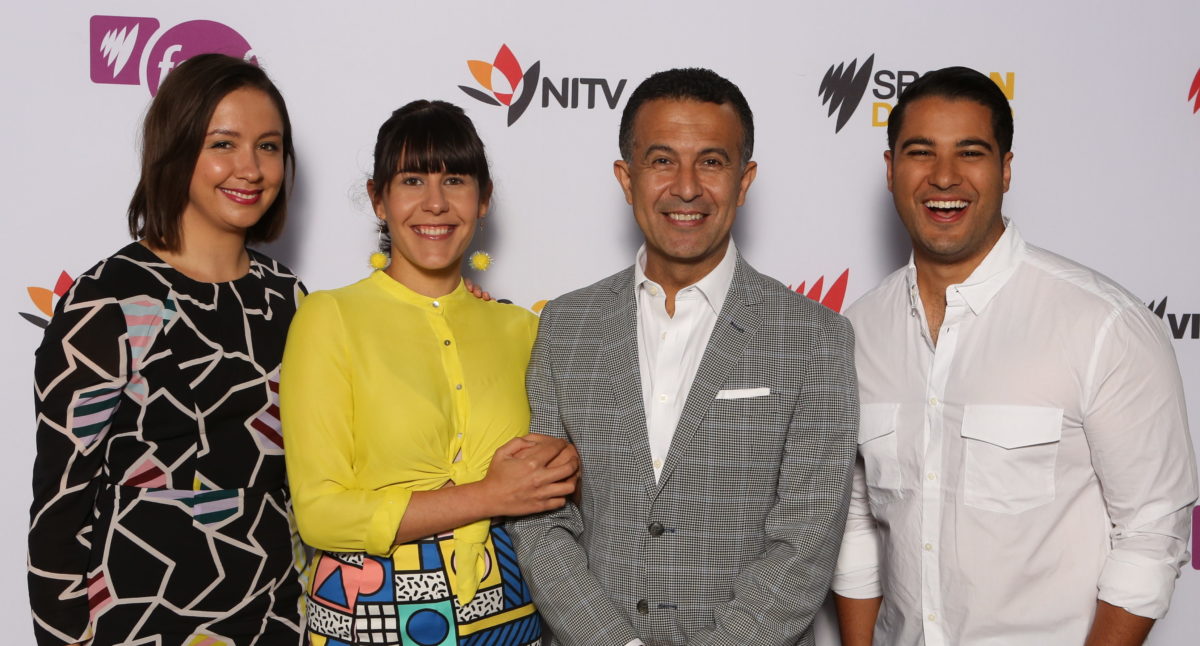 Multiculturism & diversity on four channels, one of them new, plus more first-run local and international content than ever

When it comes to quantity, it was hard to fault the SBS Upfront – four channels, one of them new, with lots of new commissions and international acquisitions.

Chief executive officer Michael Ebeid and his team offered a succinct summary of where the business is going covering off their four-channel lineup, the expanding digital business, SBS Radio and even the ambitious SBS On Demand offering. And get this – it was all rolled up in a tight presentation which ran for 70 minutes.

“We are glad to be able to share our vision for SBS – to be the most diverse, exciting and relevant media organisation in Australia”

Ebeid started proceedings and he and his colleagues were bang on charter with the opening 15 minutes including many mentions of multiculturalism and diversity in the speeches and promo reels. He noted the channel’s different platforms reach around 14m Australians every month.

“We play an increasingly important role in helping migrants understand the country they now call home,” he said. 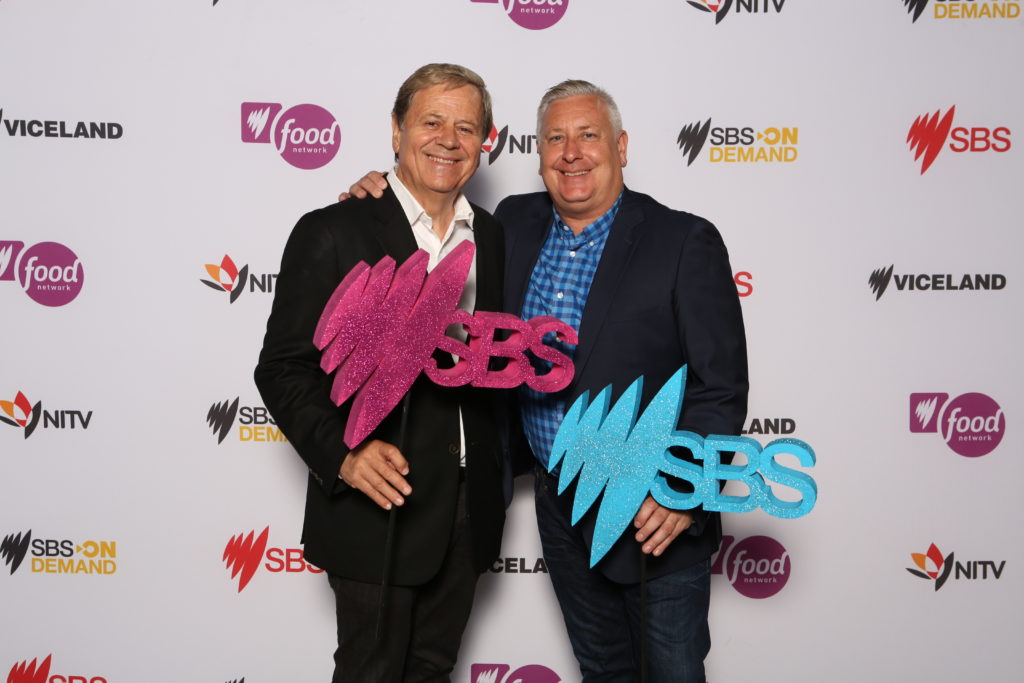 “We are glad to be able to share our vision for SBS – to be the most diverse, exciting and relevant media organisation in Australia.” Ebeid also forecast that SBS would be reaching more people than ever next year, “bucking industry declining trends”.

Ebeid took time to explain the SBS2 rebrand: “When you look at the two charters of SBS and Vice, there are incredible similarities and it is a fantastic fit for us to be able to cater for younger audiences.”

Director of media sales Andrew Cook told his audiences of around 500 advertisers this was the biggest SBS upfront ever. In the past year Cook said SBS had grown its combined TV share 9% and in the next year would be offering more first-run content than ever.

SBS was making its largest marketing investment ever and he revealed a data partnership with Red Planet.

Director of TV and online content Marshall Heald had the Upfront’s biggest job – taking the audience through the sea of content the broadcaster will release in the next year. 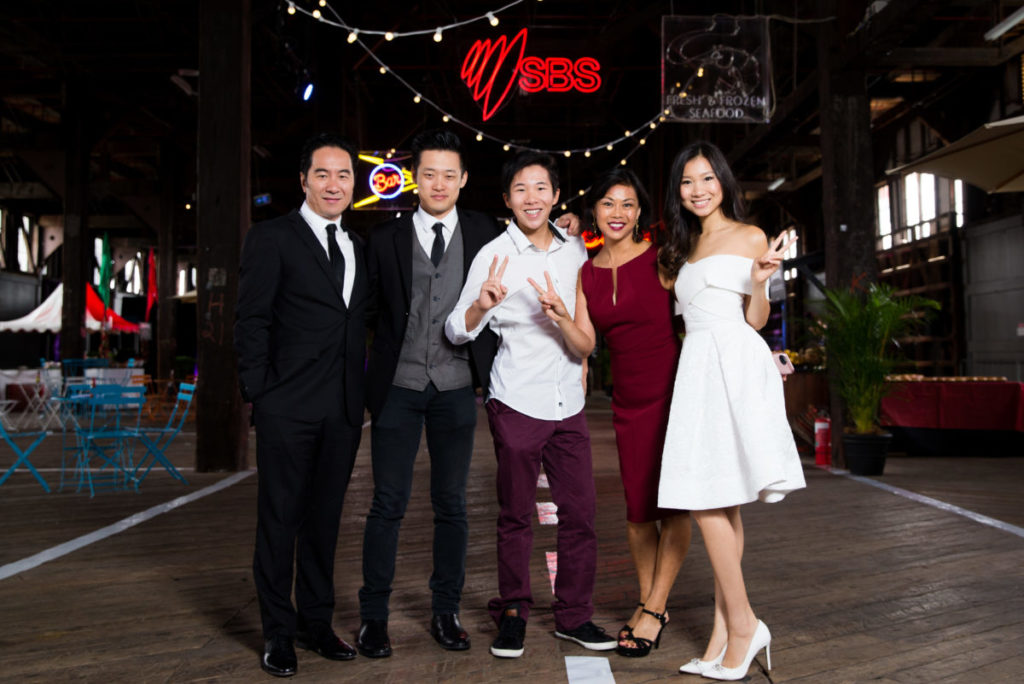 The cast of The Family Law

Heald noted there are five key factors SBS looks for when commissioning or acquiring content: It needs to be fearless, innovative, world class, inspiring and entertaining.

He said SBS had six dramas in development and would release three next year and three the following year. For 2017 the broadcaster has a second season of The Family Law, and the new dramas Safe Harbour (4 x one hours from Matchbox Pictures) and Sunshine.

There will be three new international factual formats – Look Me In The Eye, a program Heald called TV’s most diverse dating show – Undressed, and Filthy Rich and Homeless, a Love Productions format sold to the channel by BBC Worldwide which shall be produced locally by Blackfella Films.

After missing out in last year’s Upfront despite becoming the channel’s most-watched program, Keo Films’ Struggle Street in back in the schedule with six episodes in 2017. Another series sure to cause some chatter is I’m Not A Racist But. The biggest single commission is The Chef’s Line – 65 episodes across 13 weeks in the weeknight 6pm slot. The series will be hosted by Maeve O’Meara who will have a very busy year. She is also working on two new series – Food Safari Earth and Food Safari Water.

There is much international drama to look forward to including the intriguing Knightfall about the 12th century Knights Templar. SBS has also acquired The Night Manager which comes for viewers who missed it on BBC First earlier this year.

When referring to the new brand, Heald said Viceland is for socially aware young people who wanted to change the world, not observe it. 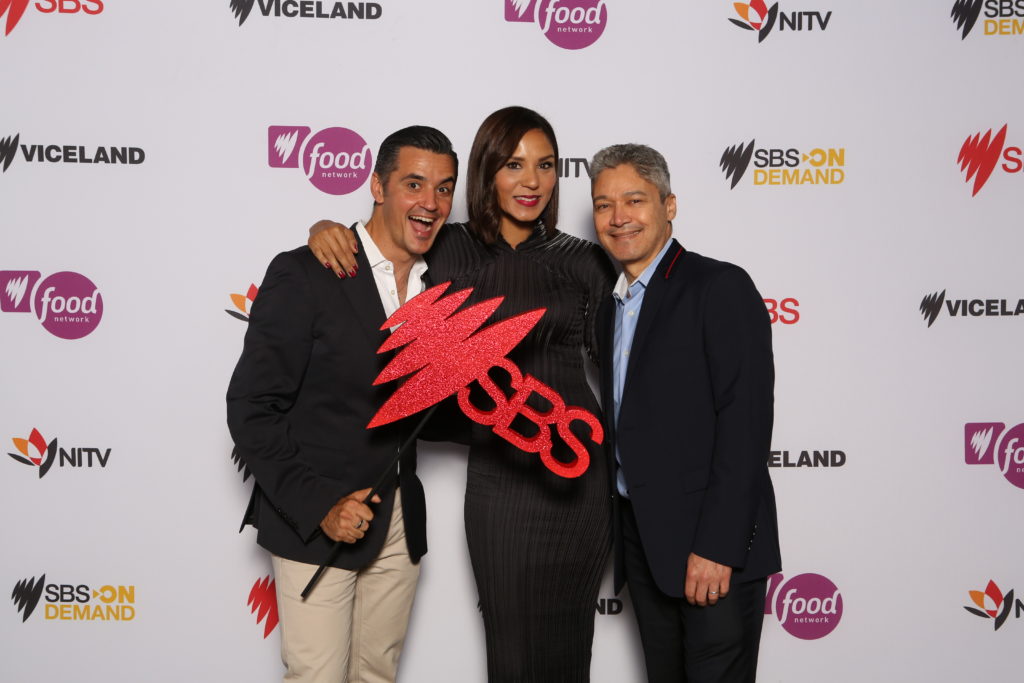 SBS On Demand will continue to offer many gems, with the broadcaster claiming it is the largest free library of premium long-form content in Australia. In 2017 there will be as many as five new drama series added every month, a weekly drop of feature documentaries and every Viceland program will also be available for on demand viewing.

National sales manager Adam Sadler wound up proceedings with a few footnotes including some audience forecasts. SBS is expecting to retain TV audiences at 2016 levels, although both Viceland and SBS Food are hoping for double digit audience growth.

The SBS On Demand library now holds over 6,000 hours of content with video completion rates of a record 93%.

The Upfront ended with a reminder about the FIFA World Cup 2020 in Russia. SBS will be taking the advertising and sponsorship opportunities to market in March 2017.