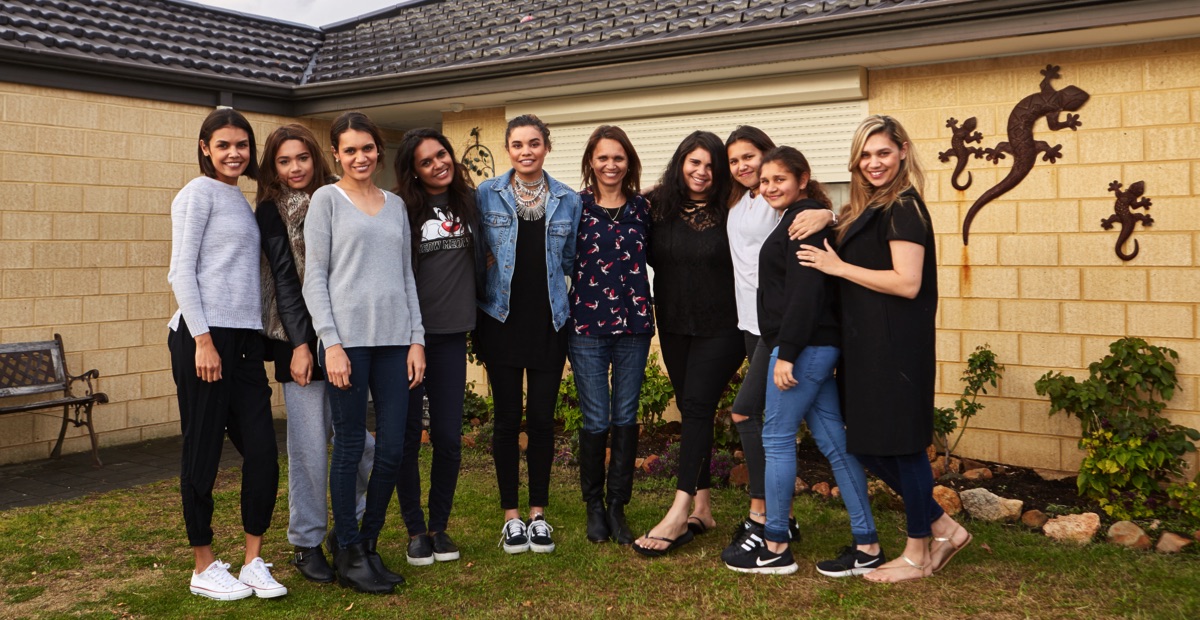 The ob doc follows matriarch Daniella and her nine daughters

Family Rules follows the Rule family, led by matriarch Daniella – who is forced to raise nine daughters on her own after tragically losing her husband in a one-hit coward punch.

The series is slated to invoke tears, laughter, sadness and heartfelt moments as  Daniella and her daughters face a world full of teenage angst and peer pressure.

The up close and personal ob doc series gives exclusive insight into modern indigenous family life. Angela, Shenika, Helen, Kelly, Kiara, Sharna, Aleisha, Jessica and Hannah, who range from 12 to 29 years old, navigate their way through adolescence and adulthood as Daniella tries to teach them life lessons. With their own unique sense of humour and style, the girls learn to juggle their own aspirations with the reality of everyday life.

For six nights across two weeks in January, Australia is invited to look into the lives of nine sisters and their mum in a landmark new series on NITV. Each episode in this six-part series focuses on the life of a particular sister, showing situations common to many young women.

Family Rules is about finding the perfect dress for the school formal and about moving out of home for the first time. It’s about a family road trip to experience culture, country and elders. However, navigating life in a family of nine presents its own unique challenges and when the rules are broken, everyone has something to say.

Family Rules airs on NITV on Mondays, Tuesdays and Wednesdays from Monday January 9 until Wednesday January 18.