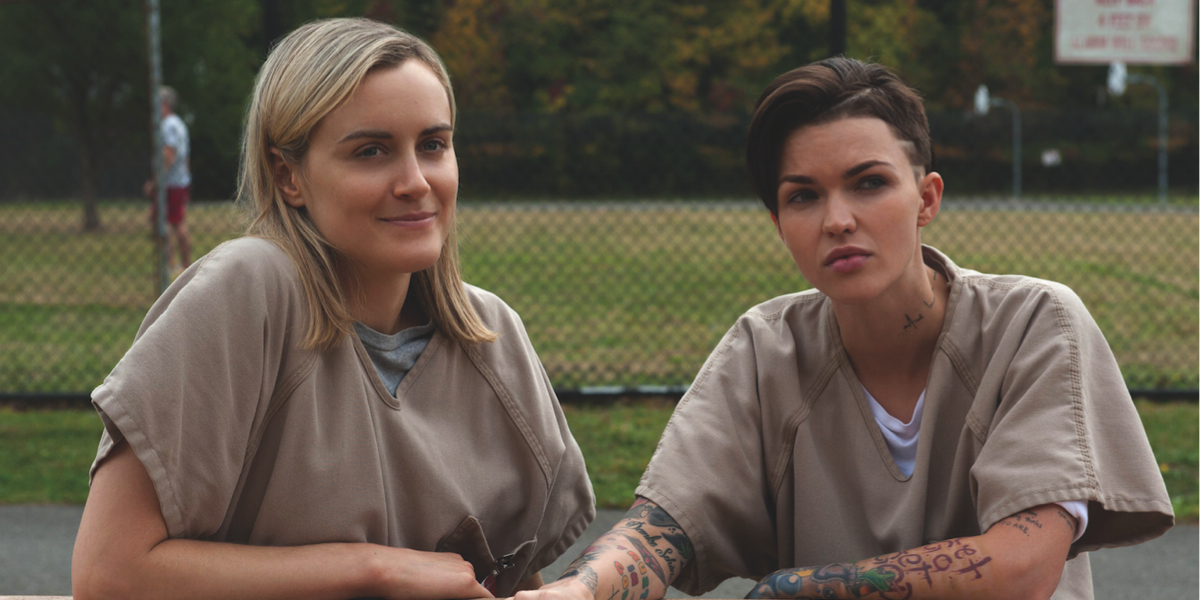 Ruby Rose’s face is a familiar one to Foxtel subscribers – as well as having VJed for MTV, she has appeared on Australia’s Next Top Model, hosted Ultimate School Musical, hosted the Foxtel Mardi Gras and been an official correspondent for the subscription television company for the Vancouver Winter Olympics.

She returns to Foxtel screens in June, as Stella Carlin in the wildly popular Netflix original series Orange is the New Black. Although Netflix has now developed an Australian presence, the series will screen on Foxtel thanks to a licencing agreement that allows Foxtel to screen all 14 episodes of season three in a marathon session.

Rose is familiar with binge-watching OITNB, having been a fan of the show before she was cast in it. “Orange was the first time that I’d known what it was like to binge on a television series. I put it on, and the next thing I knew, it was three days later,” she told Mediaweek down the phone from LA.

She said that the next series would be just as addictive. “Jenji [Kohan] is such a genius, and everyone on the show agrees that this next season will be the craziest. There are so many arcs and back stories that we haven’t seen yet, and it all happens in season three. It’s funnier than ever before, and it’s darker than ever before.

“People will definitely binge on it, which is really the way that television is going. When you want to watch something, you don’t want to wait until Tuesday at 7pm. Netflix is really onto something in letting people watch the whole series at once,” she added.

Despite not yet screening series 3, OITNB will return for a fourth series. So will Rose return too? “Only time will tell. I can’t even answer the question, because it would give the show away for you, and I’d hate nothing more than if someone ruined the show for me!”

Rose said that she was thrilled the show would be seen by Foxtel viewers. “It’s like my little family! I’ve spent half my life on Foxtel, and I’ve landed a role on one fo the biggest shows in the world… and it’s turned out to be on Foxtel too. No matter where I go in the world, I’m still with my family network.”