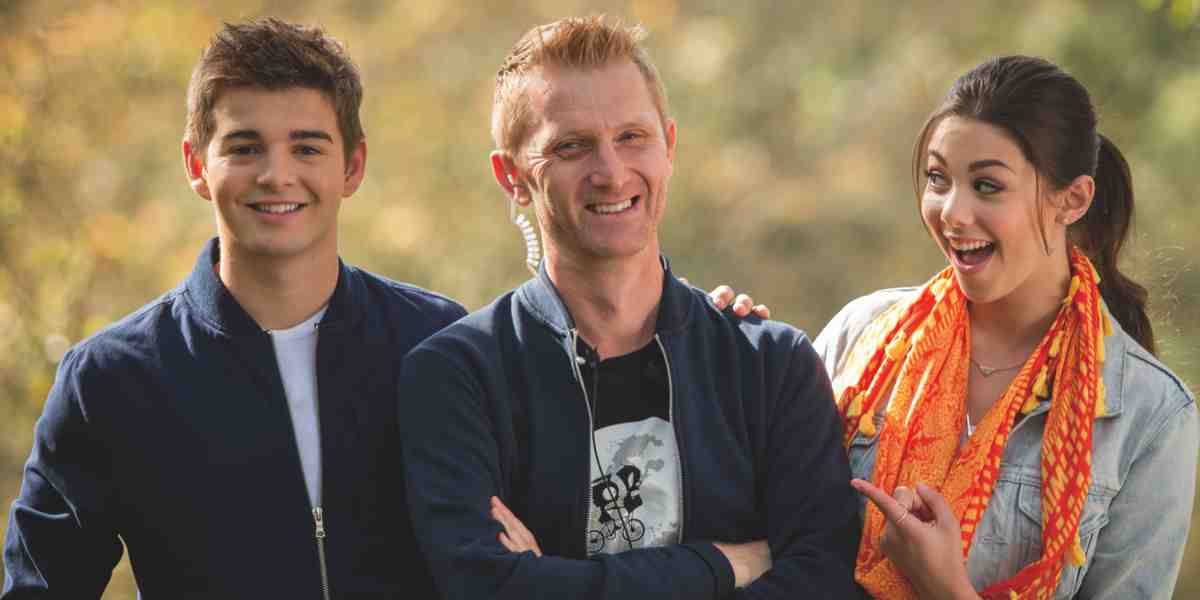 On a top-secret visit to the Camp Orange set a few months ago, Mediaweek spoke to series producer Jeremy Gilroy and EP Mick Elliott about the long-running Nickelodeon series. Despite the long-established showbiz maxim of never working with children or animals, the pair looked as though they were having a great time, although they noted that working with kids presents its own unique challenges. Said Elliott: “Kids are now very media savvy, and they’re watching all of the high-end television shows that are for adults. Our challenge in evolving Camp Orange is to react to what kids’ viewing habits are now they watch those mainstream shows. For us, it’s about taking those conventions that they’re seeing and putting a Nickelodeon filter on it. One of the biggest frustrations that I’ve had is that there is often a lot of condescension towards kids TV, the idea that it’s not real when in fact our audiences are more sophisticated and more demanding than adult viewers because they have so much more on offer to take them away from your creative.”

Accordingly, Gilroy and Elliott have made some changes to the Camp Orange format in keeping with the ongoing demands of their audience. “We’re always motivated by where the kids are at, and at the moment that money-can’t-buy experience is it. We can have all the different bits of swag in the world, but we’re aiming to have a reward series that you can’t recreate yourself. Kids want to be on screen, which YouTube is a testament to. It’s about two major driving points – getting yourself on screen on Nick, and winning tickets to the final. That should really drive audiences,” Gilroy said.

“We really focus on the show across all touchpoints that our viewers can experience Camp Orange. That’s meant that there is a lot more interplay between what’s on the screen and the digital extensions to keep them engaged. The TV show is just the anchor point for the entire experience,” added Elliot.

He continued: “The other key thing is that the show leads to an outcome, which is a team winning. In the previous seasons, that outcome had occupied the last two minutes of the final ep. This time, we’re allowing our winners to have a presence on the channel beyond the show. That’s why we’ve come up with the concept of Star Siblings, who win the show but also do a whole bunch of other stuff on Nick on air and online beyond that last episode. The chance for the audience to be a part of the show is great too, now the fans can win the chance to view the finale. Every year is a reinvention for this show, we look at which elements have been a success not only in terms of minute by minute on screen but also online. That’s where the siblings idea came from – we had a great response last year to a team of cousins. Anyone who has a brother or sister should be able to watch this and relate.”

Elliott said that Camp Orange required substantial post-production work. “We shoot a lot of footage, and the stories can be played out in different ways depending on how we edit in, which is something that we do very sensitively. We want to make it not just great and compelling, but also make sure the kids aren’t misrepresented.”

Added Gilroy: “It’s a handcrafted show. We don’t have five production suites going through the night like My Kitchen Rules. That wouldn’t work. We do it all in our office.”

Although they said they were hoping for bigger ratings this time around, the pair refused to name a figure. “We’re always aiming to engage more audiences. Every year we’re looking to build not only through the premieres but also through the encores, social media and digital engagement. It’s about making sure the whole package is engaging.”

Nickelodeon has an ongoing advertising agreement with Tennis Australia, which is one of the major Camp Orange sponsors.