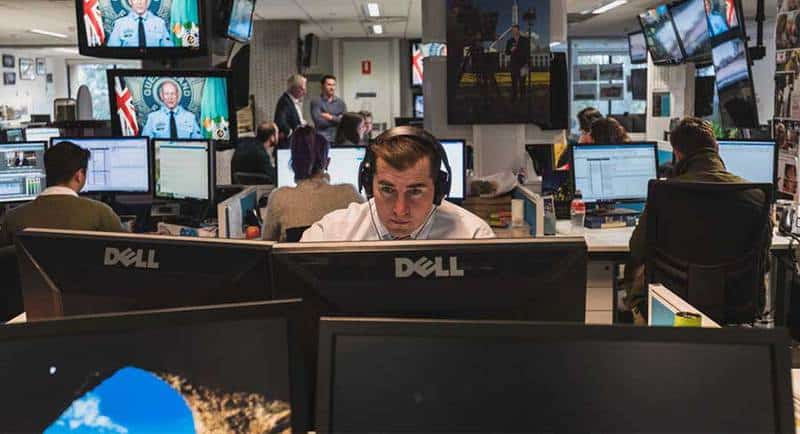 Why was Nine hacked and how do cyber attacks actually work?

The media report on cyber attacks almost every week. But this time the hack hit inside the house, knocking one of Australia’s biggest media companies, Nine Entertainment, off air in Sydney on Sunday morning, reports SMH‘s Sherryn Groch.

The attack on Nine, which also owns this masthead, bears all the hallmarks of ransomware – where criminals encrypt a computer’s data to make it inaccessible and then demand money to unlock it. Only there have been no such demands.

And the attack was, as cyber experts say, sophisticated, suggesting the hackers were not your garden-variety internet criminals. They had considerable resources and expertise at their disposal, in the realm of serious organised crime or even a nation state. If a foreign country is behind the attack two suspects sit squarely in view: China and Russia.

Behind the scenes, cyber experts are now scrambling to untangle the attack and get regular systems back online. Many staff are working from home using their own networks. Nine has asked government spy agency the Australian Signals Directorate as well as other external experts for help investigating the attack.

But sources close to Nine say security experts analysing the detail so far have reported they had not seen this kind of attack before in Australia. It seemed to use a new variant of malware or ransomware, the sources said, casting suspicion on a state-based actor.

Nine cyber attack has all the hallmarks of ransomware, without the ransom

Security experts say the cyber attack launched against Nine Entertainment carries hallmarks of a ransomware extortion attempt, but the lack of any demands suggests hackers were after sensitive company data or trying to disrupt its media services, reports SMH‘s Tim Biggs, Lisa Visentin and Sumeyya Ilanbey.

The attack that hit Nine on Sunday targeted its broadcast TV business and not its publishing arm. However, measures put in place to stop it from spreading continued to affect the company, including the print production of its newspapers including The Age and The Sydney Morning Herald.

A number of internal services continue to be disrupted, including page layouts, loading of pictures and graphics. Production and access to news websites has not been affected.

The Sydney Morning Herald and other Nine newspapers attacked

The Nine Network experienced massive disruptions to the production of its newspaper on Monday night after cyber attacks on the media company intensified, reports News Corp’s Campbell Gellie and Jennifer Dudley-Nicholson.

Nine — which also publishes the Sydney Morning Herald, The Age and The Financial Review — was forced to drastically reduce its print run for today after the attack caused chaos for newspaper production staff.

The Financial Review’s editor Michael Stutchbury issued an email to all subscribers yesterday confirming the impact of the ongoing cyber issues.

He confirmed staff have limited access to their print production system and could not use new photographs or create graphics to run alongside news articles.

Investigations continue as to whether the attacks are the work of foreign spies or merely criminals seeking a big payday.

The ransomware attack on Nine could cost the company more than $1m, depending on how long the outage lasts and if Nine is asked to pay a ransom, cybersecurity experts say.

All Nine employees were asked to perform security checks of their devices on Monday before starting work, with unknown files appearing on some employees’ desktops, sources at the company said.

A maverick blogger who accused media mogul Kerry Stokes and the chief executive of a company he part-owns – Capilano Honey – of being “up to their necks in a judicial favours scam” has been forced to pay $175,000 in damages after the NSW Supreme Court found the food company and Dr Ben McKee were defamed in a series of online articles, reports News Corp’s Kieran Gair.

Shane Dowling, who was briefly jailed in 2018 for repeatedly breaching a suppression order related to the Tim Worner and Amber Harrison court case, claimed that Capilano was peddling “toxic and poisonous honey” and that the company’s directors had “covered up” a sex tape that featured chief executive Ben McKee.

In a judgment delivered on Friday, Justice Richard Button said the defamatory imputations jumped “off the page” in each of the eleven articles published between September 2016 and March 2017 on Dowling’s notorious website, Kangaroo Court of Australia.

News Corp has agreed to buy the consumer arm of educational publisher Houghton Mifflin Harcourt Co for US$349 million, marking the media company’s second deal in less than a week, reports The Wall Street Journal.

The deal adds a portfolio of high-profile novels from authors such as George Orwell, Philip Roth and J.R.R. Tolkien to News Corp’s HarperCollins Publishers division.

The sale would allow Boston-based Houghton to pay down debt and focus on its digital-first strategy in education, goals that the company had set when it put HMH Books & Media on the block last fall.

Meade joins the factual production house from NHNZ where he was head of production, responsible for its factual and documentary output as well as relationships with the wider international television industry. During his 15 years with the company he worked on programming for a wide range of broadcasters, including Gem Hunt for Travel Channel, I Survived 9/11 for A&E, Megastructures for National Geographic and A Year in the Wild: Scotland for Channel 5. 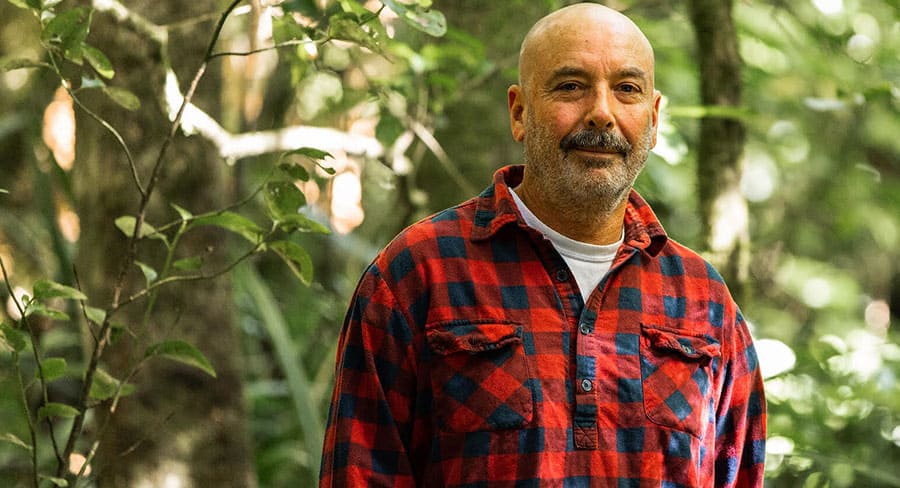 As general manager and executive producer of Dunedin-based WildBear Aotearoa, Meade will report to WildBear Entertainment managing director Alan Erson. His remit is to help expand and deepen the slate in those specialist factual genres such as history, science and engineering and natural history, in which WildBear is already strong.

Michael Tear, WildBear Entertainment’s CEO, said: “We are delighted to add a new base to our business in New Zealand and to have such a distinguished and well-respected creative as Craig onboard as GM. Despite its relatively small population, New Zealand has produced a large number of excellent factual programmes over the years and has an impressive talent base. With Craig’s knowledge and expertise, we hope to successfully tap into both local ideas and talent to grow this new business and support WildBear Entertainment’s broader ambitions in the international marketplace.”

Craig Meade added: “The opportunity to establish a new production base, with the full support of a thriving business, doesn’t come along every day. I am genuinely excited by this new role and the prospect of shaping something from the ground up to become a key contributor to the growing WildBear business. Aotearoa-New Zealand is a brilliant location for factual television production, and I am now looking forward to starting the development process here and connecting with other creatives across the country.”

“No, I don’t regret the interview at all,” Aly said at the red carpet premiere of Hamilton.

“I was approached to do the interview by his team, we did it. I asked the questions I think had to be asked in the circumstances it was for him to answer. I think that it’s been part of the process that has led us to this point.

“I think he’s entirely justified to feel vindicated by (the findings).”

The veteran broadcaster, 75, was taken off air mid bulletin after he appeared to struggle to read his teleprompter.

He was replaced by sports presenter Clint Stanaway despite many originally thinking the autocue had failed.

Viewers were quick to express their concern for the much-loved figure through social media, with many fearing he had suffered a stroke.

An ABC radio presenter shouted an expletive twice during a late-night news broadcast in Adelaide before being abruptly taken off the air, reports Guardian Australia‘s Nino Bucci.

The national broadcaster has said it is investigating the incident and making sure the staff member is OK.

The presenter of Saturday’s 10pm bulletin appeared not to be following a script and struggled through an introduction to the first story about a Covid-19 outbreak in Queensland.

A veteran Adelaide radio presenter stands by his comments he made on air labelling Brittany Higgins a “silly little girl who got drunk”, reports News Corp’s Sophie Elsworth.

But it wasn’t until late on Sunday night the 75-year-old received a call from the station’s program director Craig Munn sealing his fate.

Top-rating radio announcers being given time off during ratings season is almost unheard of, reports News Corp’s Anna Vlach.

That’s the collective response of industry insiders The Advertiser asked to comment on Mix 102.3 announcing its star talent Mark Soderstrom and Erin Phillips are on holiday for the next three weeks.

The duo host the Erin & Soda show, which is the third highest rating breakfast program in Adelaide, behind AM stations – ABC Adelaide and FIVEaa.

Soderstrom and Phillips were due to return to work yesterday morning, after being off-air on Thursday and Friday. Mix 102.3 said last week the absence was due to Soderstrom being “unwell”.

The Game of Thrones author just signed a massive overall deal to develop more programming for the network and its streaming service, HBO Max.

The news comes on the heels of a surge of Game of Thrones prequels being put into development. All told, the network has five projects based on Martin’s A Song of Ice and Fire fantasy world in the development stage and one (House of the Dragon) that’s been greenlit to series.

The four-time Emmy winner is also developing for HBO the series Who Fears Death (an adaptation of Nnedi Okorafor’s award-winning 2011 postapocalyptic novel) and Roadmarks (an adaptation of Roger Zelazny‘s 1979 fantasy novel), both of which he will executive produce.

ACMI, Australia’s national museum of screen culture, will be bringing the internationally acclaimed exhibition Disney: The Magic of Animation to Melbourne for its Australian debut as part of the city’s Melbourne Winter Masterpiece series, supported by Visit Victoria.

Opening Thursday 13 May, the exhibition celebrates almost 100 magical years of Disney animation. This rare glimpse behind the scenes of Walt Disney Animation Studios will give visitors the opportunity to experience the artistry behind the studio’s much-loved characters and see how drawings are brought to life, from pencil and paper to today’s computer-generated stars. 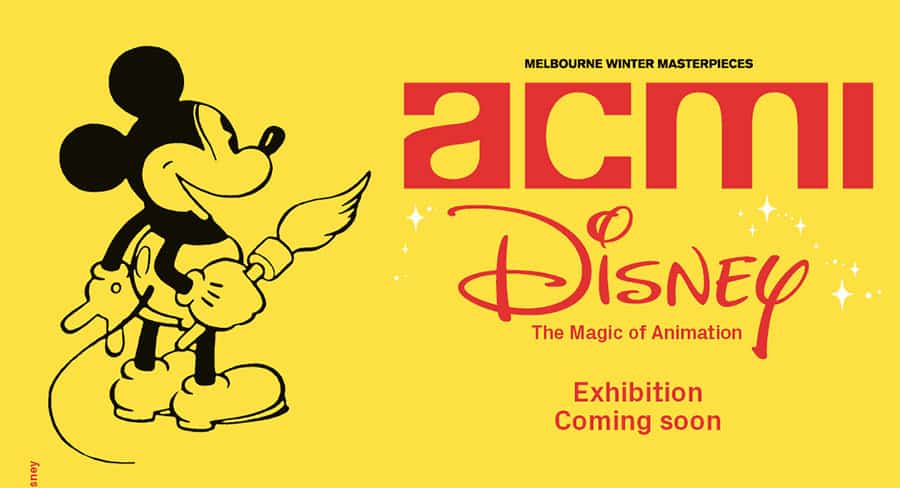 Disney: The Magic of Animation features over 500 original art works from the 1920s through to the present day, including paintings, sketches and concept art that have been specially selected by the Walt Disney Animation Research Library.

These rarely seen works reveal the development of stories and animation techniques from dozens of classics ranging from Mickey Mouse’s first talkie Steamboat Willie (1928) to Fantasia (1940) to Frozen (2013). Disney: The Magic of Animation will also debut never-before-exhibited artwork from the studio’s newest critically-acclaimed release Raya and the Last Dragon (2021). 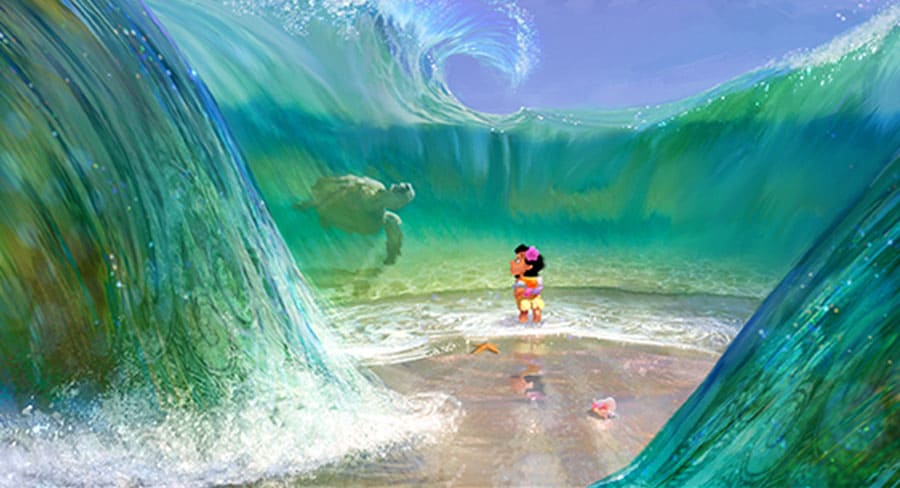 “We’re thrilled to bring Disney: The Magic of Animation to Australia as ACMI’s 2021 Melbourne Winter Masterpiece – the first since reopening after our $40 million transformation. Disney’s pioneering work has brought the art of animation to audiences across the globe for nearly a century. This exhibition invites us behind the scenes, celebrating the artists and their incredible craft as they create the magical worlds and iconic characters that we know and love,” said ACMI Director & CEO Katrina Sedgwick.

“At The Walt Disney Company, storytelling is at the heart of everything we do to entertain and inspire our local audiences. That’s why we are incredibly excited to share this exhibition, Disney: The Magic of Animation, with the people of Melbourne. We hope that guests will both be inspired and delighted by the artistry showcased, bringing to life our Disney stories and its magic, here in Australia,” said Kylie Watson-Wheeler, senior vice president & managing director, The Walt Disney Company Australia & New Zealand.

Disney: The Magic of Animation opens at ACMI on Thursday 13 May. Tickets can be purchased online at acmi.net.au