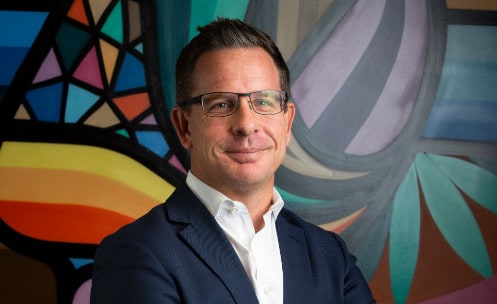 The federal government is withdrawing its advertising spend from Facebook in retaliation for the social media giant blacklisting news content across the platform last week, reports AFR‘s Miranda Ward.

Finance Minister Simon Birmingham on Monday said the government would pull back advertising from the Silicon Valley giant until the dispute between news publishers and Facebook was resolved.

On Sunday, Health Minister Greg Hunt said his portfolio would not pay Facebook for advertising services or boost posts but would still share important health information.

Facebook and North Shore Mums: of all the pages blocked, this one fired up Paul Fletcher

Of all the Facebook groups the Morrison government was worried about when Mark Zuckerberg blocked thousands of crucial community, Indigenous, health and emergency services pages on Thursday there was one that stood out, reports Guardian Australia’s Amanda Meade.

It was North Shore Mums, with its 22,000 members on Sydney’s leafy north shore, that caught the imagination of the communications minister, Paul Fletcher, who is of course their local member.

So outraged was the member for Bradfield he found the time to speak to the operator of the page in between handling the biggest media crisis his portfolio had ever seen.

Advertisers have begun redirecting their spending away from Facebook amid acrimonious ­negotiations over a media code and a continuing ban on news publishers posting to the platform, reports News Corp’s David Swan.

Advertising agencies also told The Australian that clients had begun reconsidering Facebook, with others suggesting it would fall further as consumers who used the platform to read the news found other ways to do so.

“We have seen a significant drop in advertising spend,” said Judy Sahay, the managing director of Crowd Media.

Gordon’s private investment vehicle Birketu launched a lawsuit against Jaga Securities Pty Limited as trustee for The Eastern Property Alliance in late January. Birketu is the largest shareholder in Nine, owner of The Australian Financial Review.

Court documents obtained by the Financial Review show Birketu wants to recover a loan of a little over $6.4 million from Adgemis’ private company. As of Monday, Adgemis had not filed a defence.

Spotify is expanding around the world, making its streaming audio service available in 80 new markets in the coming days, the Hollywood Reporter‘s Natalie Jarvey.

The international expansion, which will include countries like Bangladesh, Pakistan and Nigeria, will make Spotify available to more than 1 billion people around the world who didn’t previously have access to the service. The company is also adding support for 36 languages to its platform.

Adding the new markets will nearly double the number of countries where Spotify is available. It currently operates its service in 93 markets.

Facebook and Google have signed up to a new voluntary code of practice designed to reduce the risk of online misinformation and disinformation., reports AFR‘s Miranda Ward.

The Digital Industry Group (DIGI) has launched the new code following a request by the government in December 2019 following the digital platforms inquiry.

Twitter, Microsoft, TikTok and Redbubble have also signed up to the code, committing to adopt a range of measures that should reduce the spread and visibility of misinformation and disinformation.

The Australian government has not ruled out taking tougher action against social media giants like Facebook and Twitter if a new industry-developed code fails to limit the spread of misinformation and disinformation on their platforms, reports Guardian Australia’s Josh Taylor.

Under the new code, signatories will be required to develop processes for identifying, reviewing and removing misinformation and disinformation on their platforms. Misinformation is defined as false information regardless of the intent of the person sharing it, while disinformation is spread with the deliberate intent to deceive, often coming from state actors.

Microsoft is teaming up with European publishers to push for a system to make big tech platforms pay for news, raising the stakes in the brewing battle led by Australia to get Google and Facebook to pay for journalism, reports SMH’s Kelvin Chan.

The Seattle tech giant and four big European Union news industry groups unveiled their plan Monday (US time) to work together on a solution to “mandate payments” for use of news content from online “gatekeepers with dominant market power.”

Pushing back the Australian Open does not appear to have paid off for broadcaster Channel 9, reports News Corp’s Jonathon Moran.

The annual tennis extravaganza is traditionally a launch pad for the network’s year of content, used to heavily promote upcoming prime time shows like Married At First Sight.

But with Australian Open figures down dramatically year on year, 31.8 per cent in the all important five city metro markets across the tournament, the question is whether or not there will be any ongoing impact to ratings and advertising revenue.