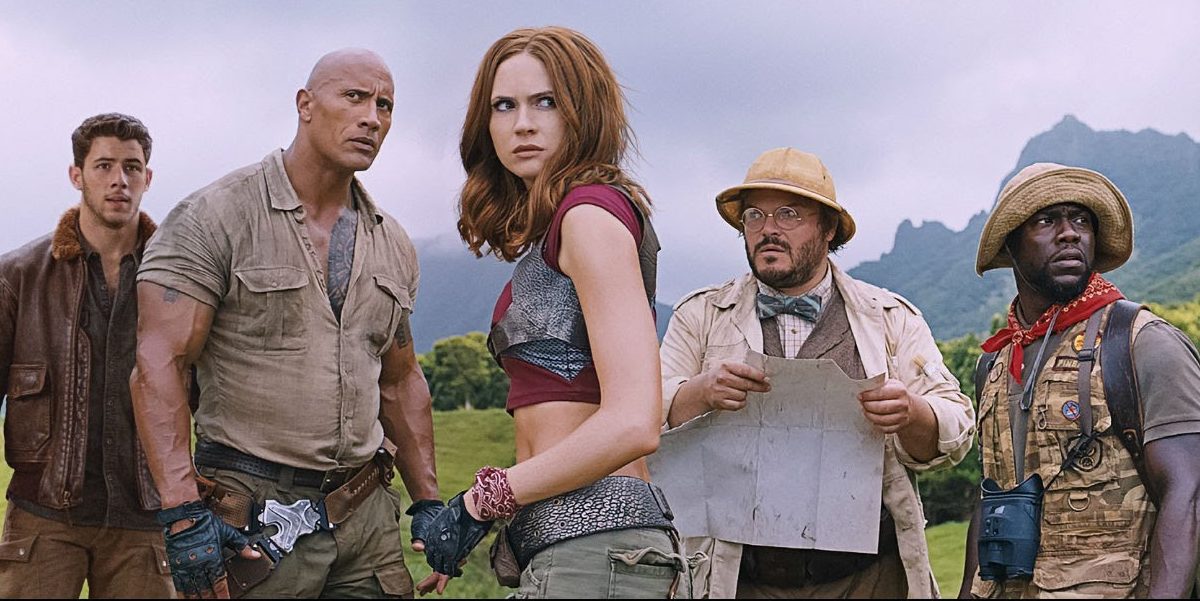 Stars Wars: The Last Jedi has been unable to dominate the box office for a third successive weekend. The reason? The Rock!

What could be the biggest holiday weekend of the summer has generated $27.44m at the box office, up 50% on the previous weekend. The takings account for the four days from Thursday December 28 through until New Year’s Eve on Sunday. The weekend total was marginally better than the $26.49m generated by the top 20 movies on the weekend Star Wars: The Last Jedi opened.

The main attraction driving people into picture houses was the long-awaited sequel to 1995’s Jumanji – Jumanji: Welcome To The Jungle.

To make the top five this week a movie needed to gross at least $1.4m.

Three of the top four movies were new releases while the other two were films in their third weekend in cinemas.

#1 Jumanji: Welcome To The Jungle $9.22m
In the US, Star Wars: The Last Jedi narrowly outgrossed Jumanji 2 over the weekend, but here it was a different story. After waiting 22 years for a Jumanji sequel, Australian movie fans lined up at 466 screens as they handed over $9m+ which worked out to be the weekend’s best screen average – $19,791.
The movie is again a symbol of the love affair audiences have with Dwayne “The Rock” Johnson. He has racked up some stunning box office stats with five of his last 10 movies earning over US$200m and another two doing well over US$100m. The only real dud out of that lot was Baywatch and that still earned close to US$60m.

#3 The Greatest Showman $4.22m
Despite some hot competition, the Hugh Jackman movie managed to secure an opening on 287 screens, earning a very strong $14,076 per screen. It was the third of three movies with screen averages over $10,000 and was second only in screen average to Jumanji 2. With a total of $6.81m the movie should soon be in double figures if Jackman’s pulling power continues in the new year.

#4 Coco $1.68m
The Pixar release from Walt Disney Pictures is the third new arrival in the top four. It opened on just under 400 screens yet returned the lowest screen average in the top five – $4,300. The animated musical fantasy film opened in Australia a month after its US release.