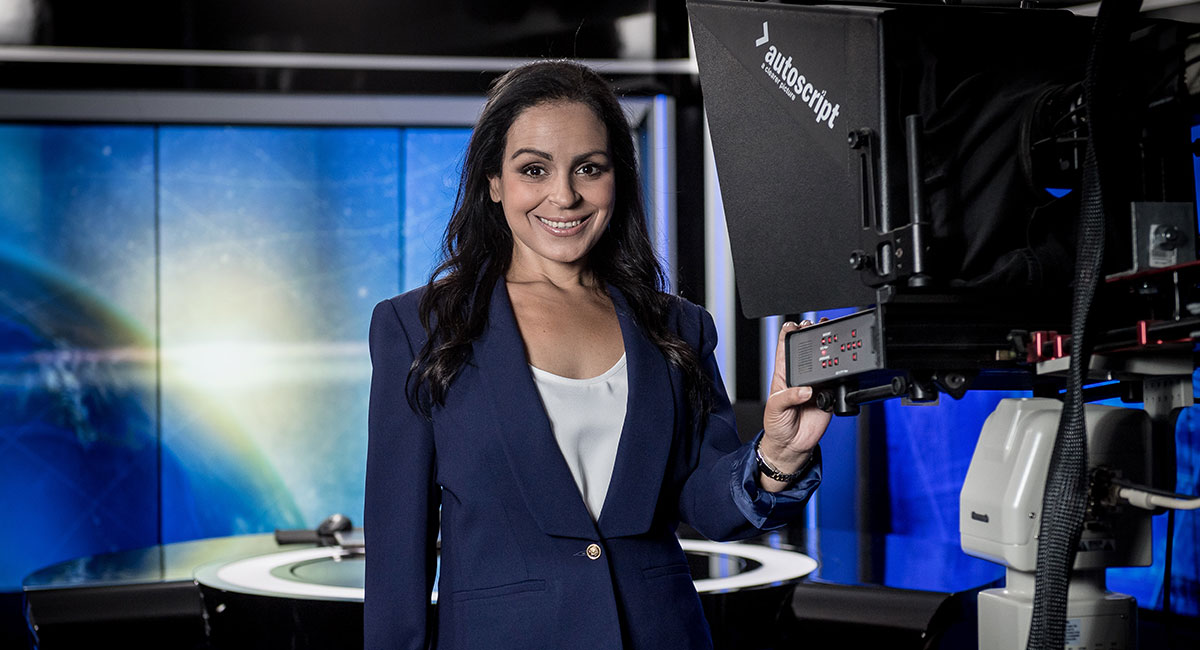 Sky News recently approached one of its Melbourne contributors Rita Panahi with a proposal for her to do a weekly show on Friday afternoons for two hours from 4pm.

It’s been a super busy 2018 so far for the commentator, who has built a big following over the past few years. Her current success though has meant a few tough decisions.

Earlier this year Panahi agreed to be a regular on Eddie McGuire’s Triple M Melbourne Hot Breakfast program. However, she had to step back from that after 3AW offered her the role of joining the Sunday Morning program alongside Darren James and Nick Callum. Panahi was wanted to fill the position vacated by the controversial John-Michael Howson.

Similarly Panahi had to step away from a regular contributor’s role on Sunrise to fulfil her Sky News contract.

Panahi will fill the two Sky News hours with discussion around the latest political issues, but she told Mediaweek she wanted to expand the offerings, particularly as it was a Friday afternoon.

“I want to have a greater mix of issues – social issues, pop culture and sport. As it’s a Friday I have the advantage of being able to pick the big issues of the week. I will also be looking for some of the issues that other Sky News programs haven’t touched. Sport is compelling content for so many people – what happens on and off the field.

“There will be light and shade. Some of the best discussions I have had on Sky are where we have gone off on a tangent talking about a movie or something else.”

The length of the program offers opportunity and a challenge. “It is a little daunting. I have gone from six-minute segments on Sunrise to two hours. I am a little concerned about the responsibility of hosting live. Things might go wrong and I don’t want to look panic stricken on national television. It might take time to get it right with on-the-job learning.”

Panahi’s first TV work was as an occasional Sunrise contributor. Her first regular TV work was with a Chris Kenny-hosted program on Sky News, also on a Friday. “I then started to appear on other Sky News programs with Paul Murray, Andrew Bolt and more recently Peta Credlin.”

She will miss her segments on Sunrise, with her time there including sharing a slot with Alan Jones. “I learnt so much from working with him. He could talk nonstop with no breaks and be totally coherent making point after point. We would do it at a ridiculous hour in the morning, around 4.40am, because he was hosting his breakfast radio show when it went to air.”

As to filling the gap left by John-Michael Howson at 3AW, Mediaweek asked Panahi if she felt the need to ramp up her performance on a Sunday morning in the battle with Nick McCallum? “I am pretty fiery as it is. I don’t need any encouragement – particularly when you are on air with a left-wing ideologue like Nick.” [Laughs]

Social media helped Panahi grow her following and she remains one of the most influential adopters of Twitter in Australia, using the platform regularly with over 110,000 followers. “I have been wondering if I should be using it less,” she admitted. “But I enjoy the platform although I do recognise the shortcomings. It can be very funny, useful and informative. If it causes some people anxiety they should just log off.”

When asked if social media users has ever treated her unfairly, she replied: “I don’t really give a stuff about that. I’m sure there is much I do that would upset the perpetually outraged. I couldn’t give a stuff, and I pay no attention to that. You can try to pander to crazy ideologues or people who are desperate to see things in a certain light but there is no point in even going down that road.

“I have no time for the outrage merchants who are not upset by what you actually said, but by what they think you said really means.

Panahi is perhaps hard to pigeon-hole when it comes to a political label. She doesn’t have a problem with generally being described as a conservative. “There are significant issues though where I stray from the conservative viewpoint. On live trade I have upset some people about how I want that industry to end. I see it as something that is morally repugnant.

“Population growth is another one. There are areas where I acknowledge I am out of step with the mainstream. I want a big Australia and I want population growth and higher immigration to generate economic activity.

“I am also a single mum and an atheist. It is certainly not textbook conservative.”