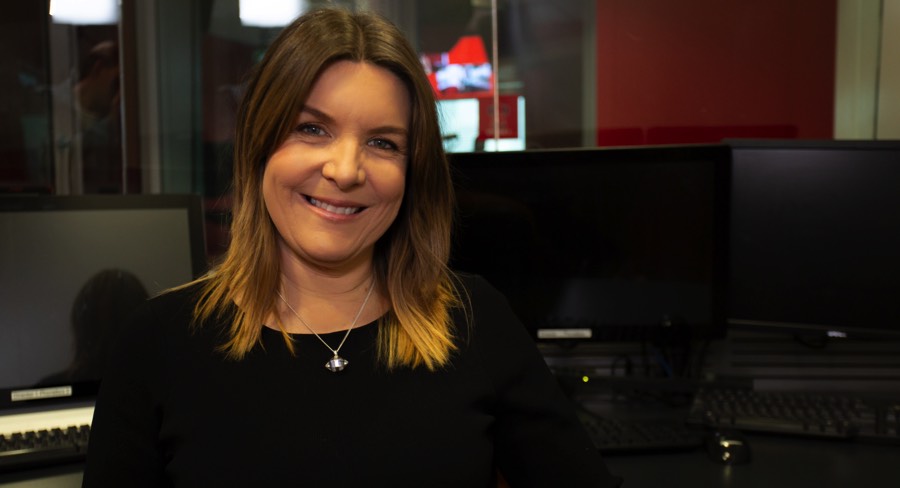 The radio veteran discusses why transparency on radio is attractive.

Nova Entertainment’s successful drive show Kate, Tim and Marty “marches to the beat of its own drum”. This is how the executive producer of the program, Nic McClure, described it.

The long-time radio producer has served as EP on a number of successful radio shows but was most recently on KIIS 106.5’s Kyle and Jackie O show. She made the move back to Nova in 2017.

“It’s a full circle moment because I was producing the drive show when Nova launched in 2001,” McClure said. “I was working with Ugly Phil, before I went onto EP Merrick and Rosso.

“I had history with the station [Nova] and, because I spent nine years here, a part of it felt like home to me.”

She wouldn’t be in her current job had it not been for a coffee catch-up with Nova Entertainment program director Peter Clay in late 2016 or early 2017.

She recalled: “I told him, ‘There’s only one radio show that I would consider EPing at this stage and that was Kate, Tim and Marty. Five months later, he called and said, ‘You know how we had coffee that day and you mentioned it? How would you like to come over?’ I jumped at the chance.”

Since the last time she spoke to Mediaweek, in 2016, McClure’s morning alarms have changed from 3:15am to 6:45am. While this is still an early morning for many, it is a luxury McClure didn’t previously have during her years in breakfast radio. “I can practise the cello in the mornings too,” she said.

“Breakfast is about breaking the big news and going straight to the source. By the time 4pm comes around, it’s a great opportunity for Kate, Tim and Marty to offer their perspective on it,” McClure said. “Their listeners don’t come to the show to get the breaking news.”

While breakfast and drive are very different from a news standpoint, there is a striking similarity between KIIS 106.5 breakfast and Nova drive – they have transparency. This is something that McClure is really attracted to as a producer.

“The conversations with producers and other staff happen while the mics are on so the audience feels like they are a part of it and they know what is going on,” McClure said.

“Marty works from Melbourne and they don’t make that a secret. Meanwhile, on the other shows that I have worked on, if we interviewed a guest who was in a studio in another state, that would never be discussed. It was made out or implied that they were there.”

This is a good time to be working on Kate, Tim and Marty, McClure said. She listed a number of reasons for this.

First, the fifth radio survey for 2018 delivered good results for Kate, Tim and Marty. The show became Sydney’s new #1 in drive and was again #1 FM in the timeslot nationally.

Then it was announced in January 2018 that the show would be expanding its reach to nearly 50 other stations in regional Australia via Grant Broadcasters, Ace, Super Radio Network, Redwave and Snow FM.

Thirdly, McClure is up for an ACRA award this year. None other than Malcolm Turnbull helped her entry.

“I organised for Prime Minister Malcolm Turnbull to join Kate, Tim and Marty as a guest and play a game of Quickdraw against Kate last year,” McClure explained. “When time came to put my entry together for Best Show Producer for the Australian Commercial Radio Awards, I wanted my entry to stand out from the others. I reached out to the PM to see if he would narrate my award entry, which he did ever so kindly.

“[The recent] events couldn’t be more bizarrely timed than when the leadership spill unfolded on Friday, as on Sunday I was announced as a finalist. My entry was judged in the nick of time!”