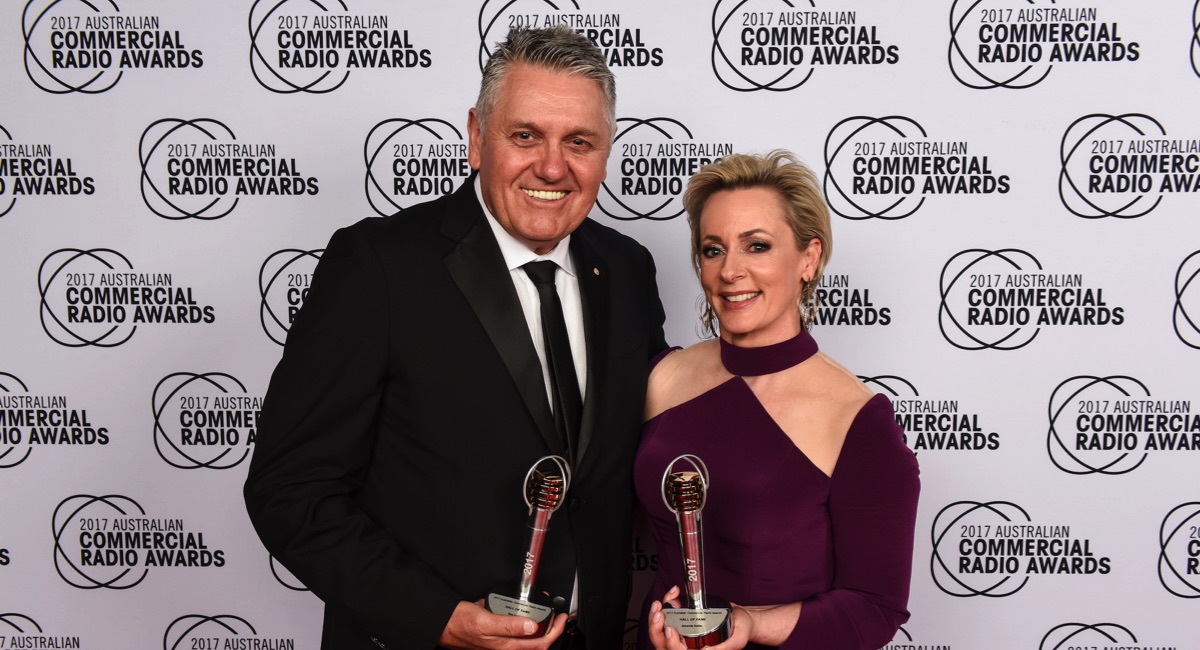 The broadcasters were recognise for their contribution to the radio industry

In front of more than 1,000 radio folk, 2GB’s Ray Hadley and WSFM’s Amanda Keller were both recognised for their outstanding lifetime achievement and contribution to the radio broadcasting industry.

Amanda Keller, co-host of WSFM’s breakfast show Jonesy and Amanda, is the first female on-air presenter to be inducted into the Hall of Fame and last year was awarded a Medal of the Order of Australia (OAM) for her three-decade career in the entertainment industry. Keller’s journalistic career began on Simon Townsend’s Wonder World in 1985. She then became a regular on-air reporter on Ray Martin’s Midday Show but it was six years on Beyond 2000 that made her a household name. Keller reported from all over the world and received a number of journalism awards including a United Nations Media Peace Award (1989) and the Michael Daley Award for Science Journalism (1989).

In 1995, Keller started her radio career with a highly successful five-year breakfast show on Triple M with friend, comedian and television producer Andrew Denton. She was lured back to breakfast radio in 2005, where she continues to enjoy success with co-host Brendan Jones at WSFM, both recently signing a contract through to 2020.

Walkley Award-winner Andrew Denton, who recently underwent major heart surgery, made a surprise appearance on the night to present Amanda with her Hall of Fame award.

2GB broadcaster Ray Hadley has became the most celebrated radio announcer in the history of the Australian Commercial Radio Awards (ACRAs), with a total of 30 awards throughout his 36-year radio career.

The Ray Hadley Morning Show has rated number one in Sydney since 2003, and is heard on 4BC in Brisbane and 30 network stations across Australia. In 2016 Hadley celebrated 100 consecutive survey wins on his morning program. The former auctioneer and taxi driver turned top-rating broadcaster has had success across sport, news, talk and current affairs, which has not only earned him more ACRAs than any other presenter but also an incredibly loyal cross-generation audience.

Hadley started as a traffic reporter on 2UE for the late legendary Sydney broadcaster Gary O’Callaghan. By 1982 he was covering rugby league and calling races. He was with 2UE for 19 years before moving to 2GB to do breakfast radio in 2001. In 2002, The Ray Hadley Morning Program began each weekday continuing the phenomenal success of his “Continuous Call Team” on the weekends. Hadley’s Continuous Call Team has remained unbeaten in the ratings since 1992 and was this year awarded the Best On Air Team AM award.