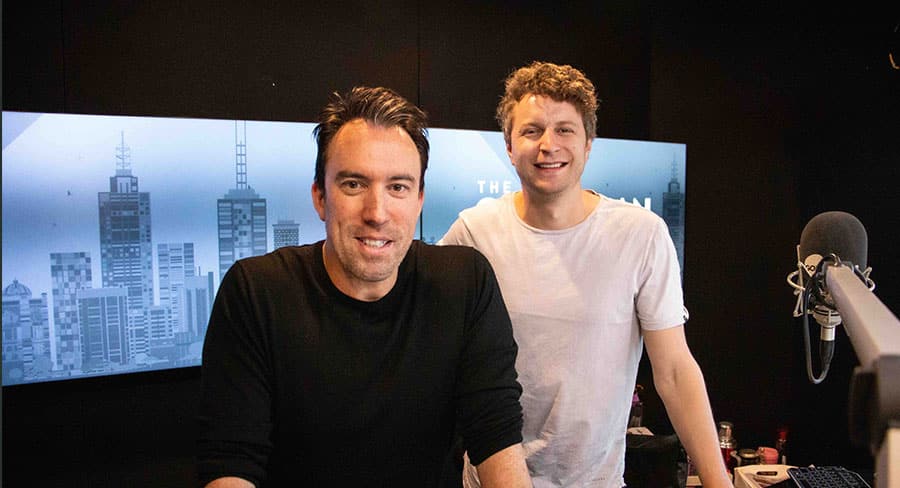 • Campbell agreed that O’Connell has some old school radio qualities

Melbourne’s Gold 104.3 is the #1FM station and The Christian O’Connell Breakfast Show is the #1FM breakfast show. With 1,105,000 listeners, Gold now has a larger audience than any other station in Melbourne and its highest audience in history.

ARN’s national content director Duncan Campbell told Mediaweek that Christian O’Connell’s performance to get to #1 so quickly was very impressive.

“He arrived as an unknown presenter from the UK. He was somebody with a different accent, and his show got traction very quickly. Combine that with a strong station overall and you have a winning combination. Melbourne has proven to be ready for something a little bit different and Christian has been embraced by the market very quickly.”

As to the broadcaster’s style, Campbell said: “He communicates with listeners as he would an A-list personality. He contacts the listeners himself rather than having producers doing it. Listeners feel very much like they are part of the show and he makes you feel that way.

“Some of the anecdotal feedback we get from focus groups is that people feel like he is in the car with them when they are driving to work. It is part of the intimate connection that radio has with its listeners. In that environment, habitual listening is established very quickly.”

Campbell agreed that O’Connell has some old school radio qualities in that an intimate connection with the audience is very important. “Because Christian is so consistent with that sort of stuff, it can be very hard to break the listening habit once it has formed.

“His success will get people to re-think previous assumptions and that it is possible to put people like him into new markets and they will work if they are the right people.”

While ARN is enjoying the fruits of its labour at Gold, sister Melbourne station KIIS 101.1 has slipped again despite all the hard work from Jase and PJ.

In Sydney, WSFM has had one of its lowest shares in the past four years.

“We are looking at WSFM and that station should be performing better,” said Campbell.

“We know where the issues are and we will fix them relatively quickly. Music is part of it and is relatively easy to fix.”

Campbell was not too concerned about the slip to second spot for ARN in Adelaide. “Mix remains a very strong station and we were just pipped there by Nova. A result like that is always a wakeup call to fix any issues you might have.”

Will and Woody continue to perform well with another #1 FM in Sydney and #2 in Adelaide. “That show has gotten a lot better in 2019 and we expect that to continue into 2020. They had a big job in taking on the slot and they have learnt a lot of the last 18 months and they are sounding a lot better and more focused.”

The ratings continue to build for the reformed Botica’s Bunch in Perth at 96FM with cume and share up again. “The music is doing its job and breakfast is building nicely. To be #2 for a second survey is a great result in such a short period of time.”