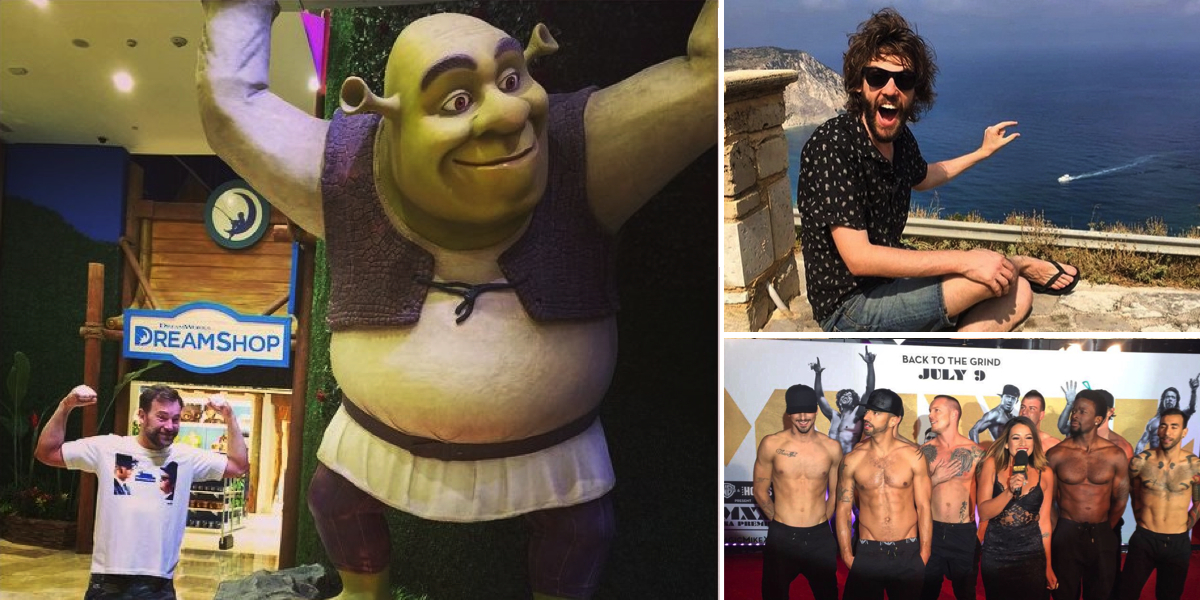 Breakfast radio teams were back around Australia as the hosts dealt with jet lag in different ways. Jonesy and Amanda returned with the news noting WSFM was again Sydney’s #1 FM station.

Amanda Keller took another long haul flight, vacationing with her family in London. She returned on Saturday, no hassle at customs, had a good sleep Saturday night and then woke at 1am last night, bright and early for her 5.30am start.

At Nova 100 in Melbourne, only Tommy Little was back at work. Meshel Laurie was stuck with other holiday-makers in Bali waiting for a flight home. Laurie was on a scratchy phone line which dropped out early in the program at one stage. “Could we go to the back-up tapes,” Little asked panel op Kieran. “What back up tapes,” Kieran asked!

At 2Day FM Dan and Maz had a good first day back with help from Hamish and Andy after 8am. Dan holidayed in Greece while Maz was spotted at Bali. She introduced Hamish and Andy as “radio gods” on the 2Day FM breakfast show.

At the on-air Hamish and Andy launch party today in Sydney, Andy will be launched from a cannon. “There are only two human cannons in the world and one of them is in Sydney with a circus,” explained Hamish. The plan seems to be to have that cannon on a barge which will then launch Andy. “I tried to put Andy in a monkey suit and they said he goes out that fast that he would catch fire from the friction.”

As to the safety of being fired out in a cannon, Hamish said: “It’s been a bad year for cannons.” Andy explained one person had broken their back…but that was associated with the landing.

Hamish also revealed that Kyle Sandilands was also trying to book a human cannon. “There is not enough firepower in the Australian military to launch Kyle Sandilands,” said Andy.

“Let’s not start a radio feud…we are all cannon lovers,” Hamish quickly added.

Hamish and Andy had a busy morning, also talking about their first official day back on other Hit Network stations and Nine’s Today show.

At Gold 104 breakfast in Melbourne, Brig and Lehmo brought back a holiday photo album. The hosts spent their winter holidays abroad with Brig and her partner Sam in France, while Lehmo and wife Kel finally got to go on their honeymoon to the Philippines.

Both had some holiday dramas – Lehmo and Kel were stuck in a typhoon, with Brig losing her phone on day two!

When SEN’s Morning Glory team of Andrew Gaze, Andrew Maher and Tim Watson were last on air there was a newsroom next door to their studios. This morning they were back from holidays with a syndicated news service from 3AW every hour.