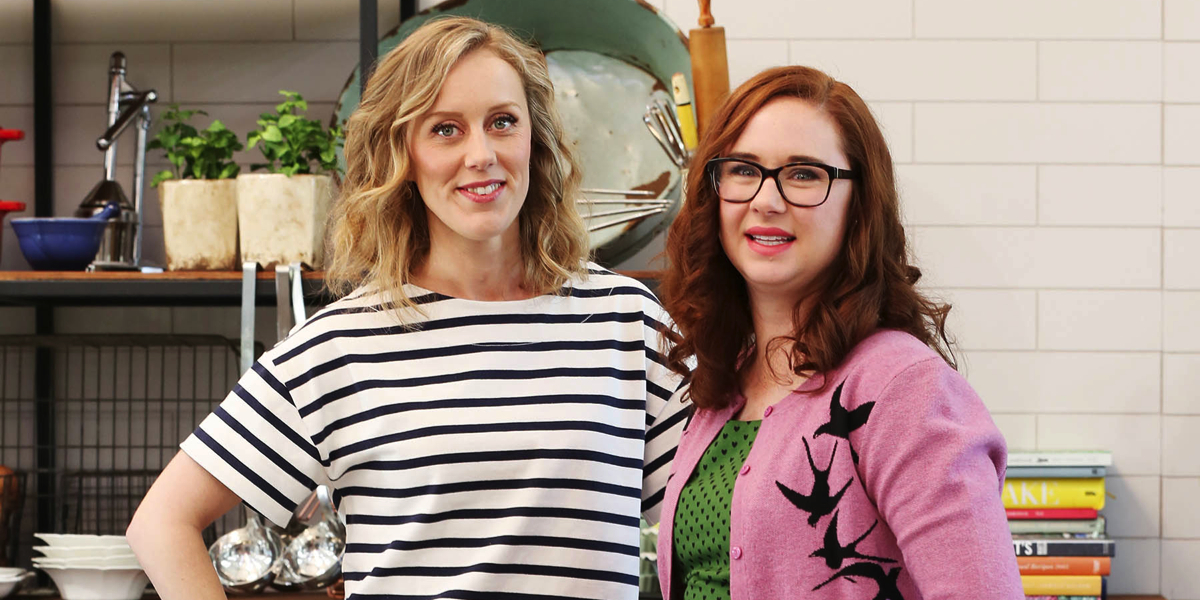 Comedians Claire Hooper and Mel Buttle have been confirmed as the hosts of Foxtel’s inspiring new series The Great Australian Bake Off, joining judges Maggie Beer and Matt Moran in this locally produced version of the hit UK format.

Produced by FremantleMedia Australia exclusively for Foxtel, The Great Australian Bake Off will see 12 home baking enthusiasts put through a series of gruelling elimination challenges, baking a mouth-watering selection of cakes, pies, tarts, pastries, bread, biscuits and desserts, all in the hope of being crowned Australia’s Best Home Baker.

The 10-part series has just started production in Sydney and will air on LifeStyle FOOD later this year.

Claire Hooper is best known for her role as a Team Captain on Network TEN’s Good News Week, but for comedy fans it is her engaging stage shows that set her apart.

Mel Buttle is no stranger to comedy accolades since her win for Director’s Choice Award at the 2012 Melbourne Comedy Festival. She has toured extensively throughout Australia, appearing at major capital city Comedy Festivals, visiting the regions on the Melbourne International Comedy Festival Roadshow and supporting Wil Anderson on tour.