• Fitzy and Wippa wasn’t exactly “on the road” but they did have to cross the Harbour Bridge.

Since completing the New York Marathon last weekend, Nova 100’s Browny shared audio of him throughout the race including audio of the former footballer when he finished the race (and he was delirious).

The Nova 100 breakfast team of Browny, Kylie Brown, Sam Pang, Deano and Jack Charles attended an NFL Game his week with the Dallas Cowboys against the NY Giants, which Browny compared to Carlton v Collingwood. He talked about attending a tail gate party, Big Blue BBQ, before the game and that people were cooking food in fire pit BBQs built into the back of trucks. 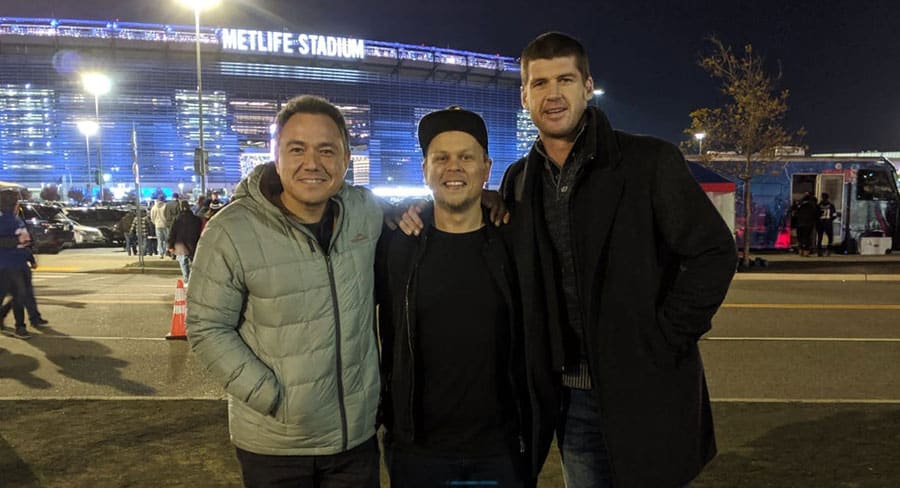 Sam, Deano and Browny at the football

There was an all-out fight five minutes into the game and that a black cat ran across the stadium at one stage, stopping the match.

The Nova 100 team celebrated Melbourne Cup Day at The Australian Bar and Restaurant in midtown Manhattan where they caught up with Melbourne Storm general manager football Frank Ponissi (pictured). 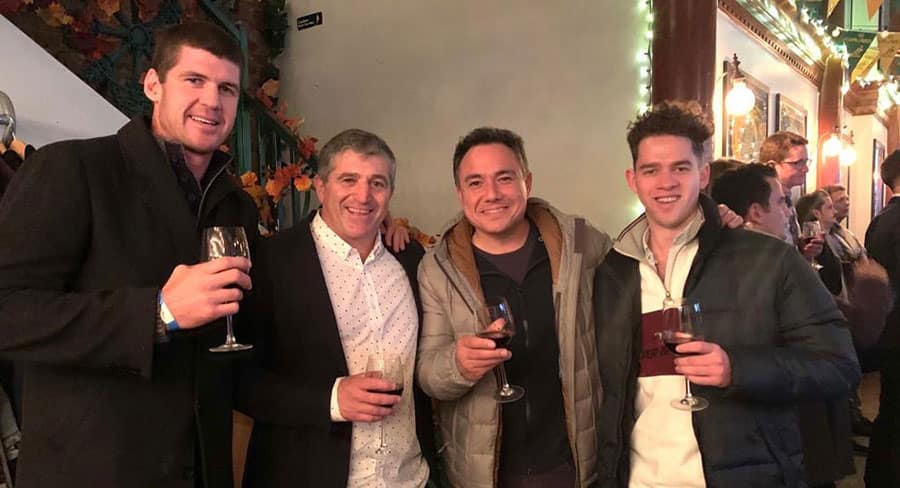 One guest on the show earlier this week was Eddie Perfect, who moved his family to NY and is currently performing in Beetlejuice, and Ted Richards, who also participated in the marathon and was beaten by Browny by a couple of minutes.

Today on the show, the team surprised Chrissie Swan with a special guest – comedian Ross Noble who is doing some gigs in New York. 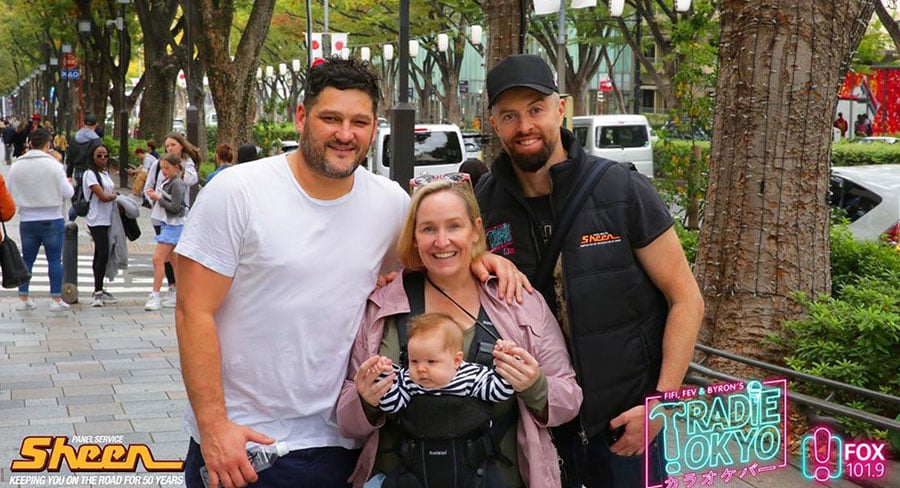 Melbourne’s Fox FM breakfast show, Fifi, Fev & Byron, created a segment, Tradie-oke, that gave the tradies of Melbourne a chance to belt out their favourite songs live on the radio. Tradie-oke resonated across the suburbs of Melbourne and the segment morphed into Tradieoke: Live from the Fox World Famous Rooftop and The Real SlimTradie, where the winner performed in front of 50,000 people at Marvel Stadium for RNB Friday’s Live.

This week Fifi, Fev & Byron have taken Tradie-oke global to the home of karaoke, Japan, for Tradie-okyo!

The show flew to Japan for a week with winning tradies, their friends and a selection of other lucky listeners dubbed The Groupies with a vocal coach, a dance choreographer and two mums who are promising to keep everyone in line. They have been performing at karaoke bars around Tokyo to see if they have what it takes to take their karaoke talents large and make it big in the land of the rising sun.

Fifi Box said on departure: “We have such a soft spot for our tradie listeners so we can’t wait to take them to the home of karaoke for this awesome trip! Plus all of Melbourne will be joining us as we broadcast from there in the mornings.”

Fev added: “I’m a huge sushi fan so I can’t wait to get to the fish markets to get the freshest possible…that sumo wrestler had better watch out!”

Both Fifi and Fev have members of their family with them. One of the stars of the trip has been Fifi’s four-month-old daughter Daisy on her first international trip.

Fifi this morning shared some of her parenting skills of how she is going old school to keep Daisy from crying as they travel around Tokyo.

One morning things got off to an awkward start when they broadcast a fortune tellers predication for Fev that he would die in his 50s which had his daughter Leni in tears. It happened a week ago, but it is still worth reporting on a fabulous day out for Nova 969 breakfast at Kirribilli House as PM Scott Morrison joined celebs, sportspeople & listeners at to raise funds for Batting for Change – supporting young people living in poverty around the world.

The show wasn’t exactly “on the road”, but they did have to cross the Harbour Bridge for their match. 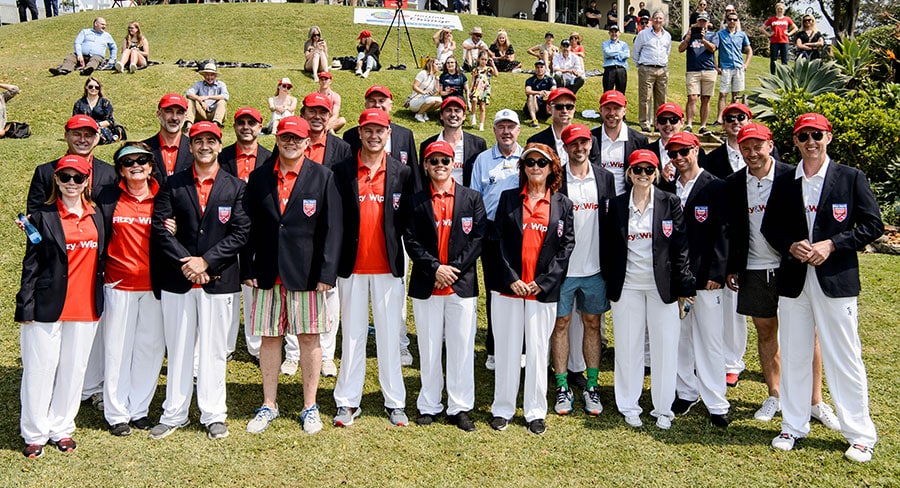 The national anthem was sung by the talented Conrad Sewell, followed by the bat toss by NSW Premier Gladys Berejiklian and the match was on. In the end ScoMo was sent off by Brett Lee and Team Wippa took home the trophy. ScoMo’s pooch Buddy took out Man of the Match after he took off with the ball on two occasions and had to be sent to the doghouse so as to not interrupt the game. The event saw $15,000 raised for Batting For Change.