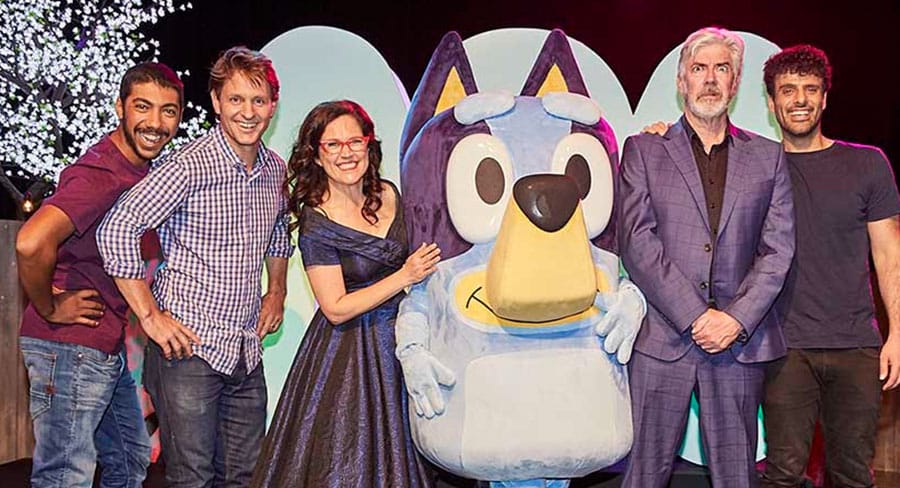 • “In a world overrun by global media giants, Australian stories have never been more important.”

The ABC has announced its 2020 programming slate with an eye on being the home of distinctive and inclusive stories.

“In 2020, the ABC will be the engine room of Australian creativity, putting more Australian faces, voices and stories on screen than any other broadcaster.

“The stories we share will speak to and for all Australians, firing their imagination through bold content and creativity. We will engage new audiences by increasing the diversity of our programs and people, on and off screen, sparking meaningful change in how we see ourselves and each other.”

• Fight for Planet A: The Climate Challenge and Big Weather (and how to survive it) both fronted by Craig Reucassel
•  Reputation Rehab which explores the culture of outrage and along with Shaun Micallef’s On the Sauce examines Australia’s relationship with alcohol
• Outback Ringer and Australia’s Ocean Highway take us into the secret world of Australia’s top end and the ocean’s depths.
• Two-parter Dark Emu, with author Bruce Pascoe, and feature-length documentaries Firestarter: The Story of Bangarra and The Australian Dream, share the voices of Indigenous Australia and explore broader themes of race, identity and belonging.
• Revelation, the new documentary series from award-winning ABC journalist Sarah Ferguson, unpeels layers of cover-up to expose the full, shocking picture of clergy abuse in Australia.

Among returning series, Gardening Australia, Catalyst and Compass will help people navigate and find joy in their world and the ABC is proud to again showcase regional Australian stories in Back Roads and Landline.

Hamish Macdonald will join the ABC as the new host of weekly flagship discussion program Q&A and as a senior presenter across television and radio.

In drama, newcomers Stateless and Fallout will join returning favourites Mystery Road, Harrow and The Heights for 2020 as ABC continues to invest in Australian drama.

Also returning is award-winning You Can’t Ask That, as well as Annabel Crabb and the Ferrone family who will travel even Further Back in Time for Dinner.

A new series of Australia’s most popular kids show, Bluey, is coming to ABC KIDS. Since its launch in October 2018 Bluey has become the nation’s most watched children’s program with a total of 152 million program plays and a VPM series rating of 2.3Million*. Also geared towards kids will be Are You Tougher Than Your Ancestors? and fast-paced action thriller Itch.

ABC’s Wednesday night line-up is back with new series of Gruen, The Weekly with Charlie Pickering, Anh’s Brush with Fame, Shaun Micallef’s Mad As Hell and Julia Zemiro’s Home Delivery.

Tom Gleeson returns to screens with another series of Hard Quiz,  along with fellow comedies of Rosehaven and Black Comedy.

ABC Radio will be announcing its program and presenter line-ups for 2020 in early December and along with more comedy announcements to coincide with the Melbourne International Comedy Festival in early 2020.