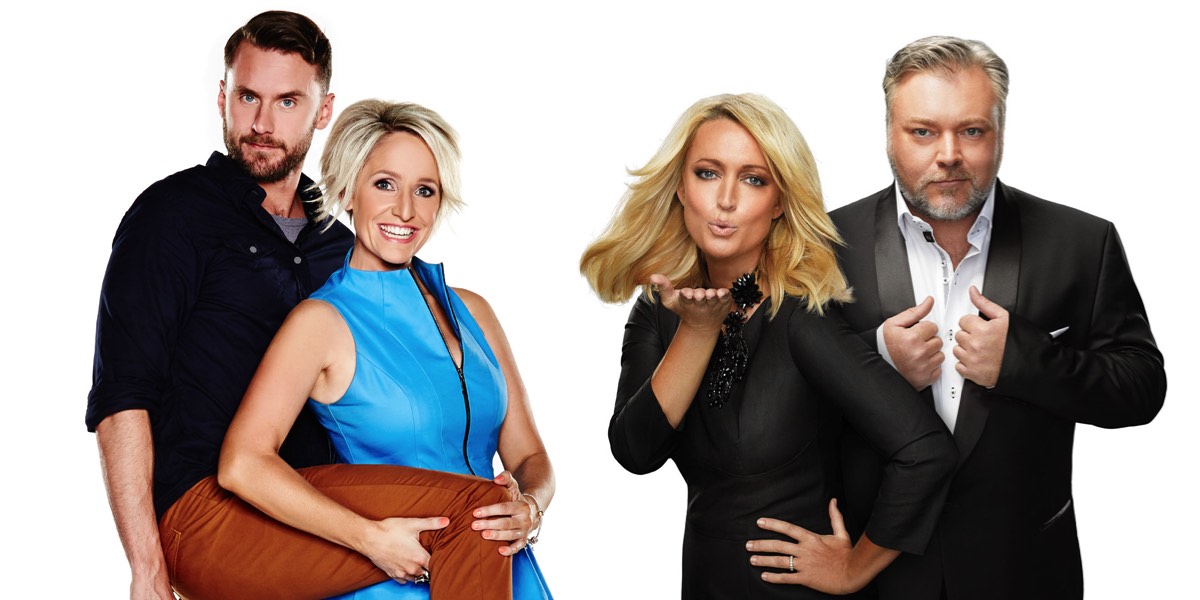 • ARN has replaced Southern Cross Austereo, the industry’s traditional leader, as the highest rating and most profitable network… but Austereo is fighting back

The impending enactment of the Government’s media reforms, and in particular the removal of the current two-out-of-three to a market limit, is likely to result in the eventual pairing of each of the three largest commercial radio networks with one of the three commercial television networks. In view of that likely development, it is timely to examine the recent ratings and financial performance of the two largest commercial radio networks, those being the Australian Radio Network (ARN) and Austereo (SCA).

An examination of that performance for the two leading networks over the past five calendar years reveals two major trends. The first trend is that the combined ratings and revenue generating performance of the two networks has been largely unchanged over the past half decade, with their aggregate shares of commercial metropolitan ratings and metro radio advertising revenues remaining relatively steady, and averaging about 48% and an estimated 55% respectively. The second, and perhaps more interesting, trend is the major shift in the allocation of the combined ratings, revenues and profits between the industry’s two largest players, which has resulted in ARN displacing Austereo – the industry’s traditional leader – as the highest rating and most profitable network over the past two years.

However, Austereo and its supporters might reasonably argue that there are some indications that ratings momentum might recently have been swinging back in their favour, as evidenced by their 3.6% increase in 10+ audiences in 2015, while ARN’s stations (excluding the newly purchased 96FM in Perth) saw their total audiences decline by 2.4% over the same period. Would-be acquirers of either of the two networks therefore would be well advised to carefully scrutinise the current-year ratings and revenue-generating performance of each network before the finalisation of any takeover offers, which will probably be need to be valued in excess of $500 million for either of the networks in order to be successful.

The combined ratings and revenue performance of the two largest commercial radio networks has been remarkably steady over the past half decade. Over the past five years, the two networks together accounted for an average 47.7% share of all 10+ commercial radio listeners and a higher, but also fairly steady, estimated 55.1% share of all metropolitan radio advertising revenues (as shown in Chart One). Similarly, between calendar years 2011 and 2015, the combined total revenues of the two commercial radio groups increased by 9.6% (or 2.3% per annum) – as shown in Chart Two – virtually mirroring the 9.7% increase in total metro radio ad revenues over that same time frame. That revenue growth was however exceeded by a 16.4% (or 3.9% per annum) rise in combined operating expenses over the past five years, which undoubtedly was fuelled at least in part by fierce competition between the two networks for on-air talent, as well as escalating marketing and promotions budgets in support of those increasingly expensive performers. With cost increases outpacing revenue growth, combined EBITDA actually declined modestly by 3.0% (or 0.8% per annum) over the past half decade, resulting in EBITDA margins falling from 34.8% in 2011 down to 30.8% in 2015. In 2015, the two networks together generated total revenues of $453 million from which they earned $140 million in EBITDA, resulting in a 30.8% blended operating profit margin, which would still be the envy of any local metro television or newspaper group.

Another Year of Stunning Financial Performance for ARN

In 2015, ARN enjoyed another year of stunning financial performance with total revenue and EBITDA increases of 22.2% and 24.6% respectively, which was in part boosted by the acquisition of 96FM in Perth at the start of that year.

The purchase of 96FM also allowed ARN to realise a 6.3% lift in 10+ metro audiences during 2015, taking the network’s commercial audience share up to 25.4% (as shown in Chart Three). Excluding that acquisition, ARN’s total audience actually declined by 2.4% last year.

Over the past five years, ARN generated steady annual increases in ratings, revenues and EBITDA. A 20.1% increase in total audiences over that period resulted in a 66.0% rise in revenues and a 77.4% jump in EBITDA (as shown in Chart Four).

ARN’s steady annual financial improvements over the past half decade appear to have come almost exclusively at Austereo’s expense (as shown in Charts Five and Six).

As ARN’s revenues have grown over the past five years, so too have its operating expenses, albeit at a lesser rate of 12.7% per annum (as shown in Chart Seven), compared with a higher 13.5% per annum rate for revenues. But despite generating total revenues in 2015, which were only 5% less than those of Austereo, ARN did so with an operating cost base that was still 21% lower than that of its rival. Consequently, having broadly similar revenues but a significantly lower cost base meant that over the past three years there has been an increasing disparity in the EBITDA margins of the two networks (as shown in Chart Eight).

Despite the sizeable declines in ratings, revenues and operating profits that Austereo has experienced since calendar 2011 (as shown in Chart Nine), there were some encouraging indicators last year that suggest the period of falling ratings and revenues may now be over at the network. With total 10+ audiences increasing by 3.6% and with advertising and total revenues stabilising during calendar year 2015, the network may now be in the early stages of a recovery.

If the network is indeed at the start of a sustainable recovery, then it will be interesting to see from whom it will take audience and revenue share in the future, given that – at least over the past five years – there has been something of a zero-sum game going on between Austereo and ARN in terms of audience and advertising revenue shares. Would-be acquirers of either of the two networks therefore would be well advised to carefully scrutinise the current year ratings and revenue generating performance of each network before the finalisation of any takeover offers, which would probably need to be valued in excess of $500 million for either network in order to ensure success.