The Netflix for reality shows, hayu, to launch in Australia on 22 March, ahead of the Easter long weekend

Described as the “Netflix for reality shows”, NBCUniversals SVOD service hayu will launch in Australia on 22 March. It launched in the UK and Ireland earlier this month.

The platform promises over 3,000 episodes of the world’s biggest reality shows, including the Real Housewives and Top Chef franchises, along with Keeping Up with the Kardashians and more.

Despite the market dominance of Netflix in Australia and competition from Stan and Presto, the new service is not expected to compete directly with the existing services, but rather be a complementary service. NBCUniversal’s Jay McNamara told Mediaweek that, “Reality television has not been a mainstay of the larger general entertainment on demand services. They’ve chosen to focus on scripted content – film and series primarily. As the largest producer of this content, we thought that there was an unmet demand and we did some research and that proved to be the case. We think that there is a great interest in this content.

“There is a very passionate fan-base for this content and we thought that by putting it all together in a next generation on demand service and really serve that fan-base, we think we’ll be onto something.”

hayu will initially launch on iOS and Android phones and tablets. The platform will also support Airplay and Chromecast. 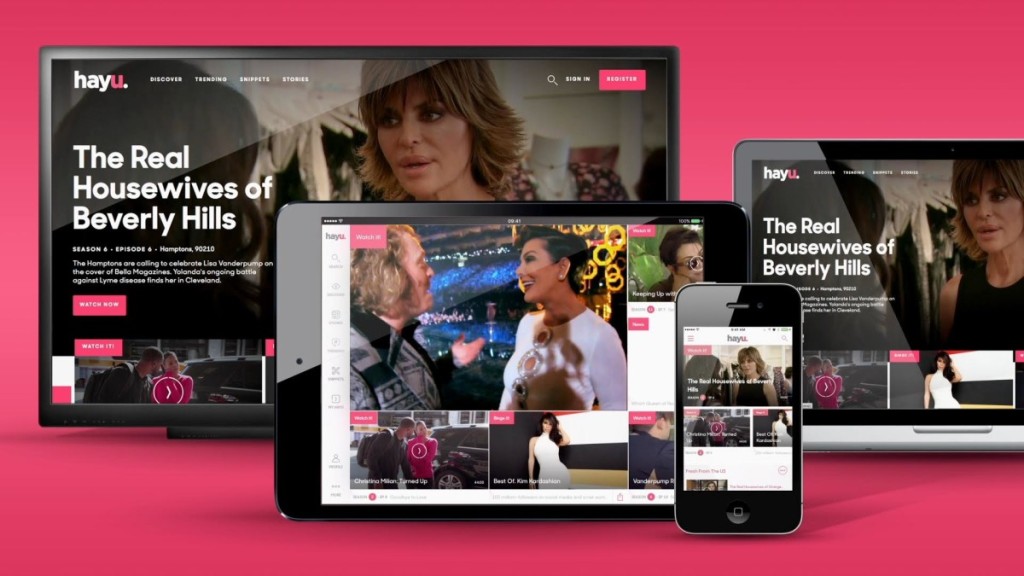 “We’re excited to be unveiling March 22 as the launch date for hayu in Australia,” confirmed NBCUniversal’s Jay McNamara, EVP Strategy Development and Analysis. “With over 3,000 episodes of the top reality TV shows – including Keeping Up with the Kardashians, The Real Housewives and Top Chef franchises and Made in Chelsea – this SVOD service is the first of its kind. Curated by reality experts for reality fans,hayu is fully integrated with news feeds and social media and, uniquely, its next-generation functionality will enable Australian fans to share some of the content they love.”

NBCUniversal recently held an intimate media event to showcase the service ahead of the official consumer launch. The event was hosted by Australian reality TV personality, Sophie Monk. A self-confessed reality TV super-fan, Sophie spoke of her love for reality TV, commenting: “I’m a massive reality TV fan – and proud of it! hayu looks great, and best of all, the majority of episodes appear on the same day as they air in the US.”

Australians are invited to test the platform for free for 30-days, with the monthly subscription thereafter costing just $5.99.