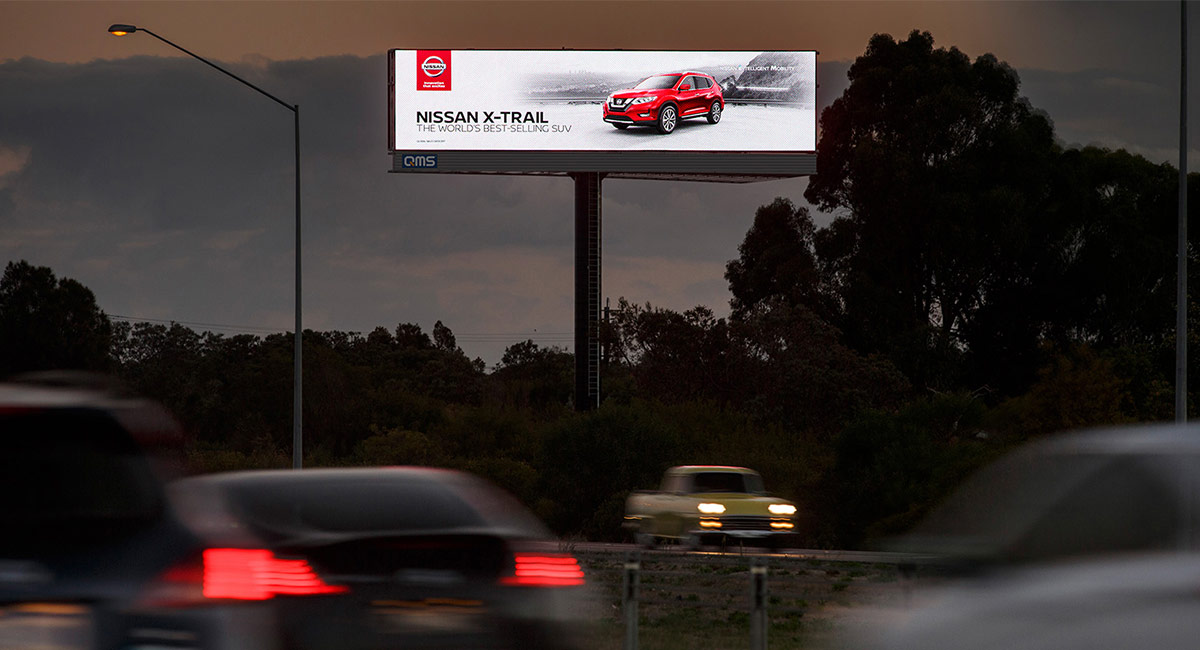 Inaugural advertisers on The Kwins include AMEX, Ladbrokes and Nissan.

QMS operates outdoor advertising on the Kwinana Freeway and adjoining Forrest Freeway with 16 traditional large format billboards. The addition of The Kwins provides advertisers with a quality digital media platform to reach people at the gateway to Perth’s southern region.

Together, The Kwins impact over 1.2 million contacts per month, capturing both getaway travellers journeying to popular tourist destinations south of Perth such as the Margaret River as well as locals commuting between key regional hubs such as Mandurah, Bunbury, Albany and Busselton.

QMS CEO John O’Neill said: “As a business we are well and truly paving the way as leaders in digital out-of-home and we are so proud to be the only supplier that can effectively reach Perth’s southern region with the launch of The Kwins. As the first digitals to be launched on this major arterial the pair represent an important milestone in our digital rollout throughout WA.”

Inaugural advertisers on The Kwins include AMEX, Ladbrokes and Nissan.