Since its 1995 inception, this company has produced over 5,000 hours of video footage of destinations in Thailand and Asia. It has also produced programs for CNBC, documentaries, TV commercials and many corporate videos, a hotel channel, and had three weekly TV shows simultaneously.

Among the local and regional TV programs the company has produced is Travel Asia and Beyond which, after 11 years on Star World, became the most-watched travel show in Asia. About 300 episodes were syndicated internationally.

The company also has Destination Thailand, the longest and most-watched travel and lifestyle TV series in English with Thai subtitles that airs weekly on state broadcaster MCOT via True Visions.

That series now comes with a recently launched mobile App.

Other Capital TV weekly programs, Pattaya Plus and Phuket Plus, have both been airing for more than seven years in those destinations on local cable.

This mini media empire eventuated when, after having visited Thailand on a holiday, young Queensland Channel Nine TV reporter Raine Grady promptly returned to Bangkok in June 1993 and never left. 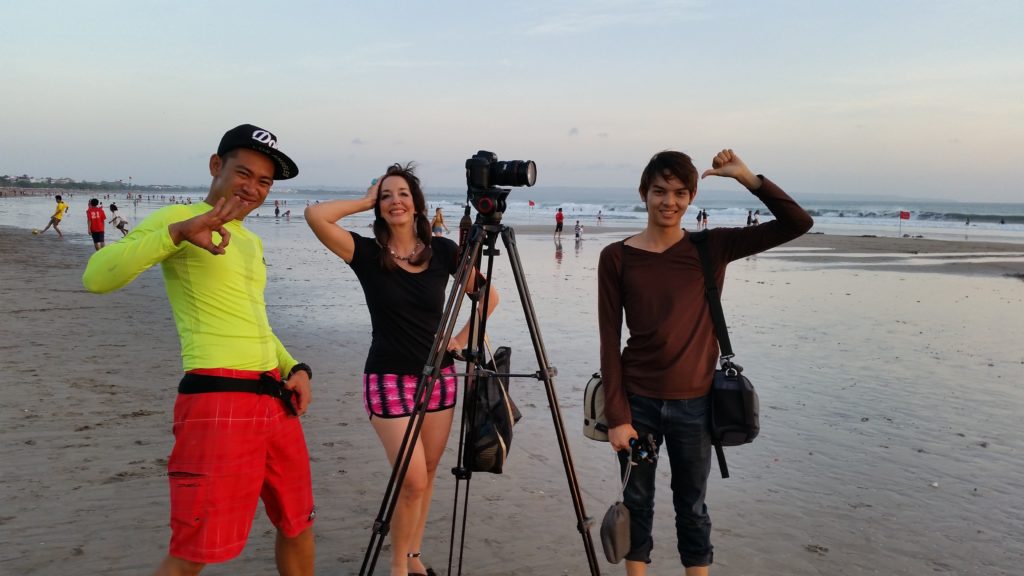 “During my work at Nine, I ventured to Thailand on a holiday,” she says, “A friend I shared a house with in Toowoomba was a mate of famous Australian photo-journalist John Everingham.

“I covered the free elections in Cambodia on my own initiative and the stories were aired on Nine. My friends then convinced me to return to Thailand and get involved in the first English language TV production in Thailand.

“After a year I took the program over, bought the airtime and formed a small company. Then I was approached by CNBC to produce some shows with them on a regional basis when they launched in Asia.

“When CNBC merged with ABN I moved our production team over to focus on travel and launched the region’s first travel show with Star World.

“Since then we have established numerous other TV shows, developed a corporate production unit, worked with other media to establish online platforms and launched our own App for Thailand. A regional travel App is now in the works.”

While busily working in the media, Raine also had time to raise a family in Thailand and the entire family is embroiled in media and the arts.

Read more in the next edition of Mediaweek magazine.