Coming to terms with failing led to podcast series 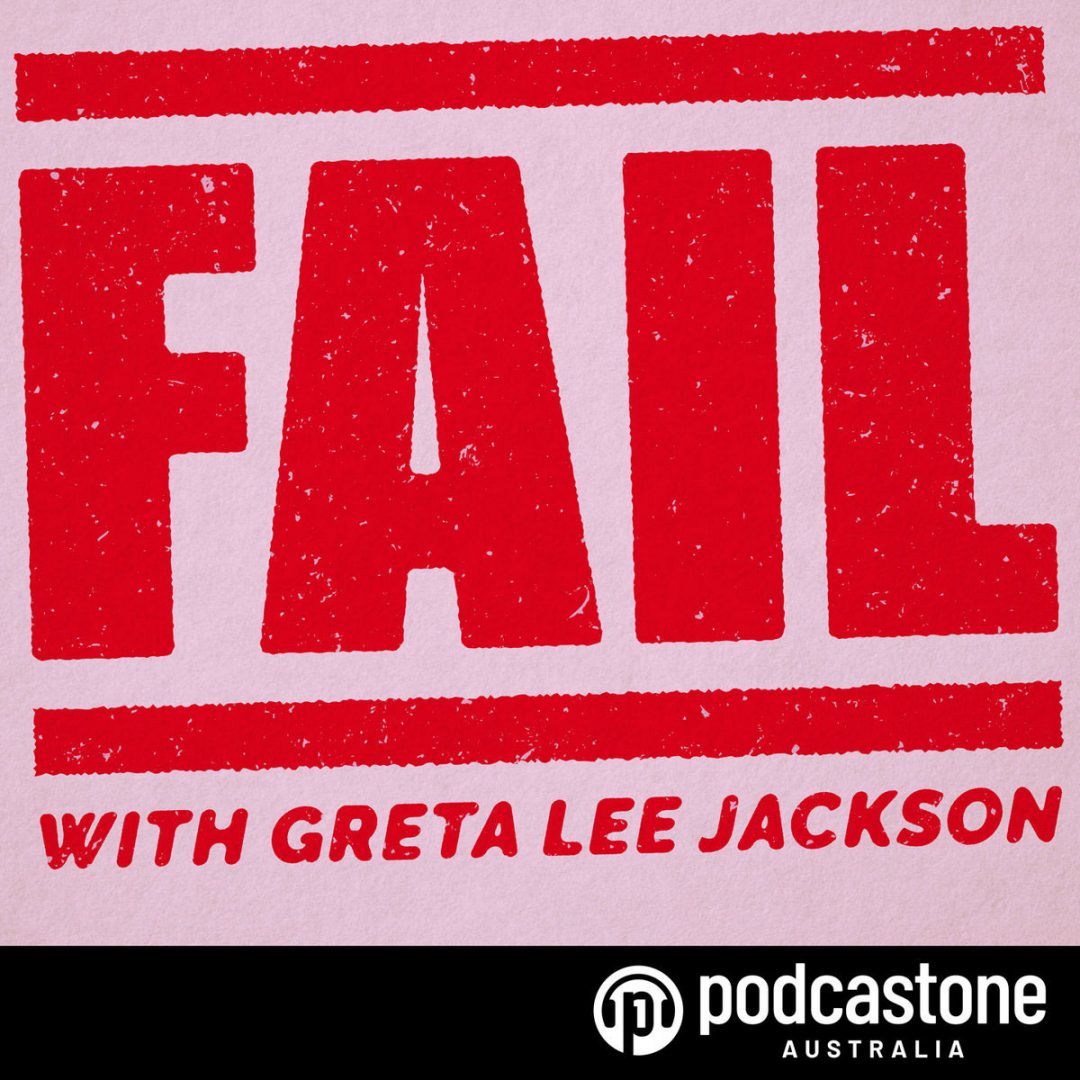 As background to the origins of Greta Lee Jackson’s podcast Fail, she told Mediaweek about a pretty bad year she had herself. It started with a trip overseas for a man she had never met that fell apart soon after she arrived. “It was a such a big personal disaster and so humiliating that I started thinking how could I have made such a terrible, terrible mistake. In a period of self-reflection, I realised there had been a bunch of failures in my life that I had never acknowledged, and I was repeating the same patterns. I would always push my most embarrassing experiences aside, not learning from them. I decided to face my failures head on and examine them with the help of others.

“It turned into something else on the podcast series, exploring the whole idea of failure in general.”

The comedian admitted some people who had never really admitted any failures were initially reluctant to come on the PodcastOne series. “I found the more successful a person was, with a lot of achievements, the more willing they were to talk about failure.”

With so many comedians speaking to each other on podcasts, Jackson said she had tried to broaden the range of guests to people with diverse backgrounds.

2GB’s Ben Fordham was a recent guest and is a Mediaweek recommendation. He reveals some amazing fails. “And he said some very funny stuff,” said Jackson.

Guests have consistently provided feedback about their surprise at just how much they reveal during the interviews. “I don’t know what to do about that. [Laughs] Because I am not holding a gun to their head!”

The impact on Jackson’s career is interesting. “My personal brand is now inextricably linked with the idea of failure. I am now looking at doing a practical self-book that focuses on failure.”

Jackson is also a specialist on the secret trick that the best podcasters use during their interviews after they ask a question. “It’s about just shutting up and then nodding. I cringe when I listen to any of my first season when I’d try and make it all about me. That is a Fail in itself!”

Other episodes of Fail released this month are interviews with Sam Dastyari, Fiona Falkiner and Benjamin Law. 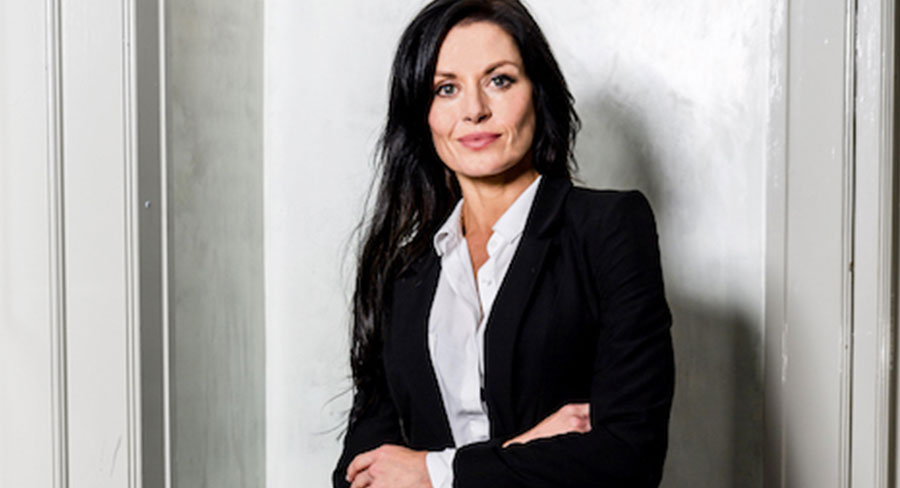 Actor, author and activist Madeleine West (pictured) takes listeners behind the scenes with extraordinarily ordinary Australians, who are making the world a better place, in the new smooth podcast series Invisible Heroes launching on Monday 27 July.

As most of Australia, and the world at large, start taking the first tentative steps out of isolation and return to “normal life” (if there is such a thing any more), it’s those who have lost the most, who’ve learnt the most and have incredible stories to tell. 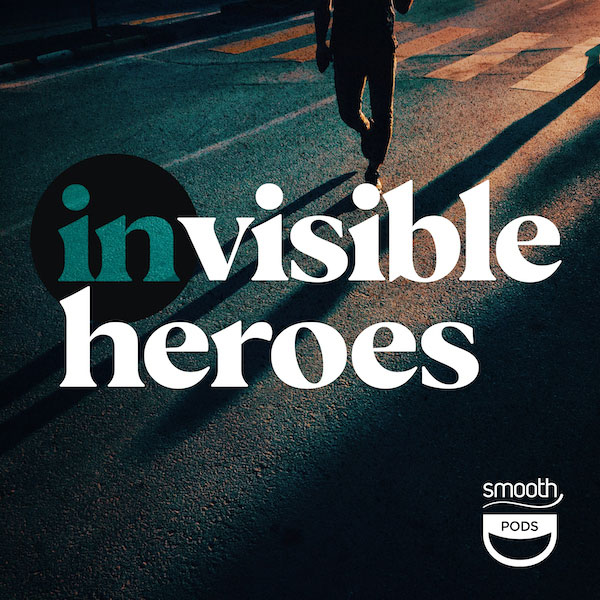 Madeleine West said, “I consider myself a storyteller and everyone has a story that deserves to be told. Throughout the recent crisis I’ve made a point of seeking out and working alongside those who are striving to make the world a better place, behind the scenes, by thinking outside the box. You may never see them on the cover of a magazine, in the papers or on the news, but their stories are incredibly inspiring and needed more now than ever. It is with great honour that I am using my voice, so you may hear theirs.”

In each episode of Invisible Heroes, Madeleine West will sit down with those people at the coal face of crises; be it climate, coronavirus or crises of conscience, who are best equipped to lead into a new era. Their industries might not be deemed “essential” by any governmental decree, but listeners will discover the services these people offer, speak less to keeping society as we know it afloat, and more to our physical, psychological and social well-being and to that end, our very humanity.

In the first episode of this new podcast series from smooth, West will share the story of near-death experience and recovery, after being hit by a bus 18 years ago this month. She speaks candidly about what it means to face your fears, be your best self and give back when tempted to give in. West reveals her struggles with PTSD, acquired brain injury, the ongoing effects of the injuries themselves, and how with a little self-belief nothing can stop you, not even a bus.

Some of the inspiring stories featured in smooth’s Invisible Heroes include:

• Kon Karapanagiotidis OAM, CEO and founder of the Asylum Resource Centre, a human rights lawyer, social worker and philanthropist, who dubs himself “the hateful humanitarian”.

Andrew Brentnall, Nova Entertainment’s managing producer of original podcasting said, “Invisible Heroes is a breath of fresh air during such turbulent times we’re living in. Madeleine’s passion and drive to uncover these stories of incredible people around Australia highlights the one thing that connects us all – our humanity.” 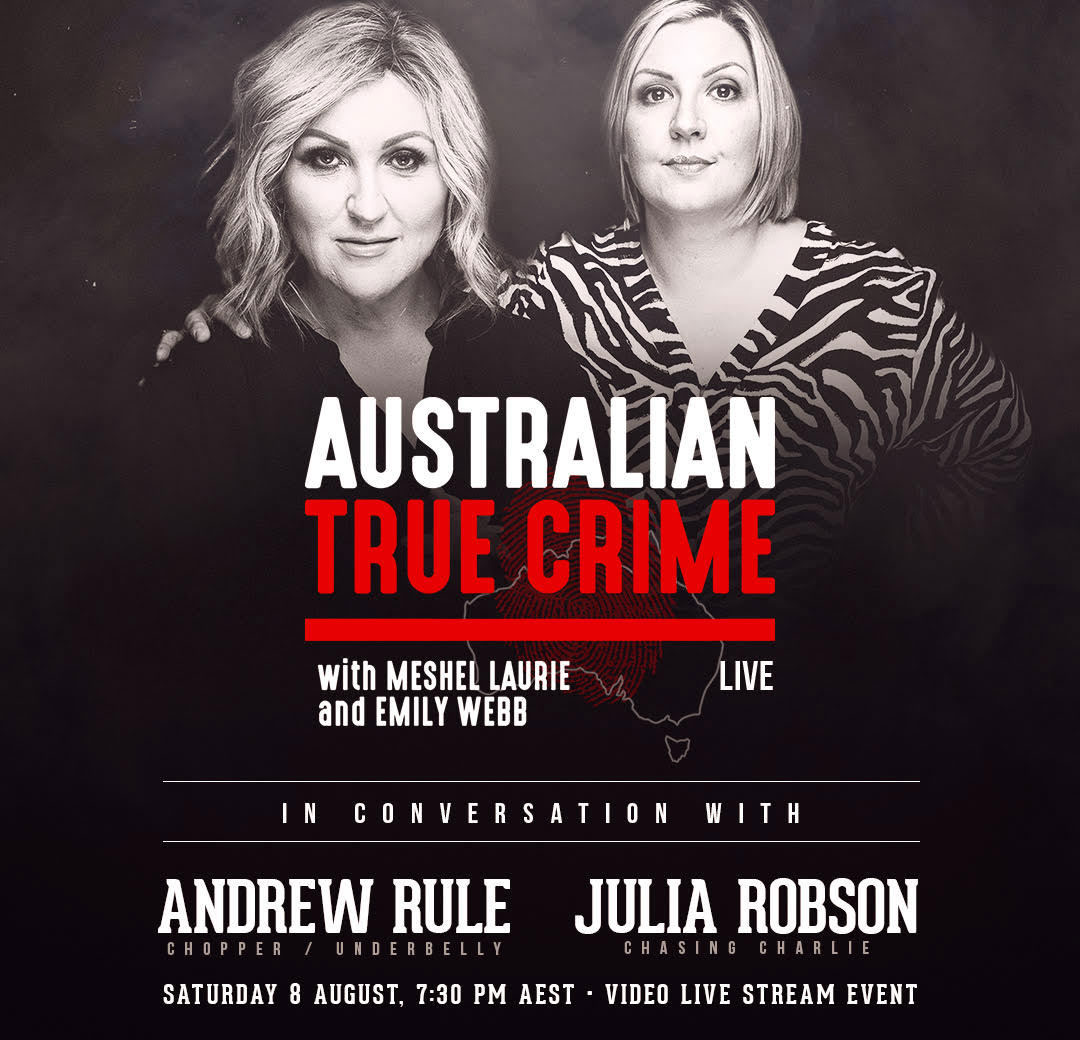 TEG Dainty has had to make the decision to reschedule Australian True Crime: Live – In Conversation with Andrew Rule and Julia Robson. The new date is Saturday 8 August.

There are many talented people involved in bringing this show to life, and the varying levels of restrictions across the Victoria, have hindered the ability to produce the event as initially planned. The organisers said they were working out a plan B – they just need a bit more time. 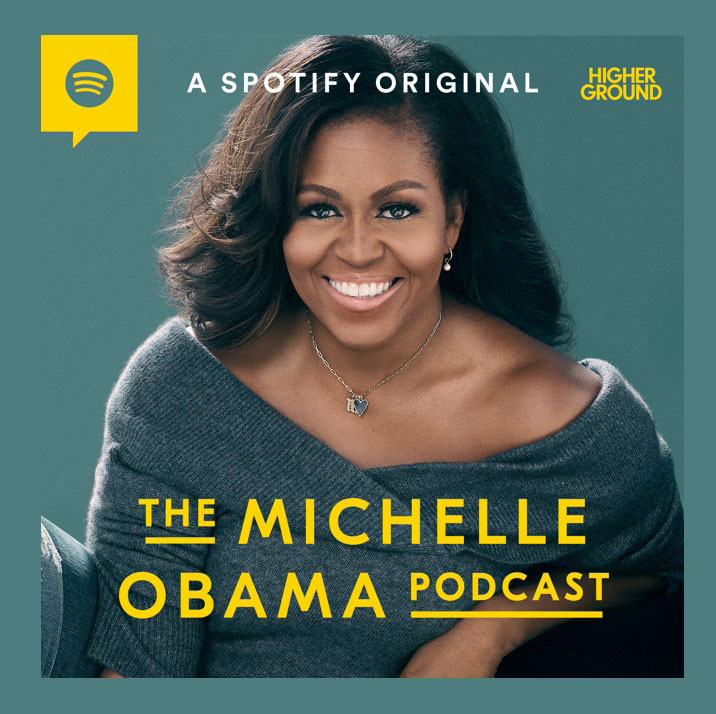 Last summer, President Barack Obama and Michelle Obama’s production company, Higher Ground, announced a partnership with Spotify to produce podcasts exclusive to the platform. The first title in the ongoing partnership is The Michelle Obama Podcast and it is sure to be a podcast chart-topper when released next week.

Hosted by Michelle Obama, the show will bring listeners the First Lady’s most candid, human, and personal conversations to show what is possible when people dare to be vulnerable. The podcast will debut exclusively on Spotify on July 29, 2020. Like all podcasts on Spotify, it will be available to nearly 300 million free and premium users around the world.

Salesforce and Procter & Gamble brands Dawn and Tide will serve as the first season’s presenting sponsors. 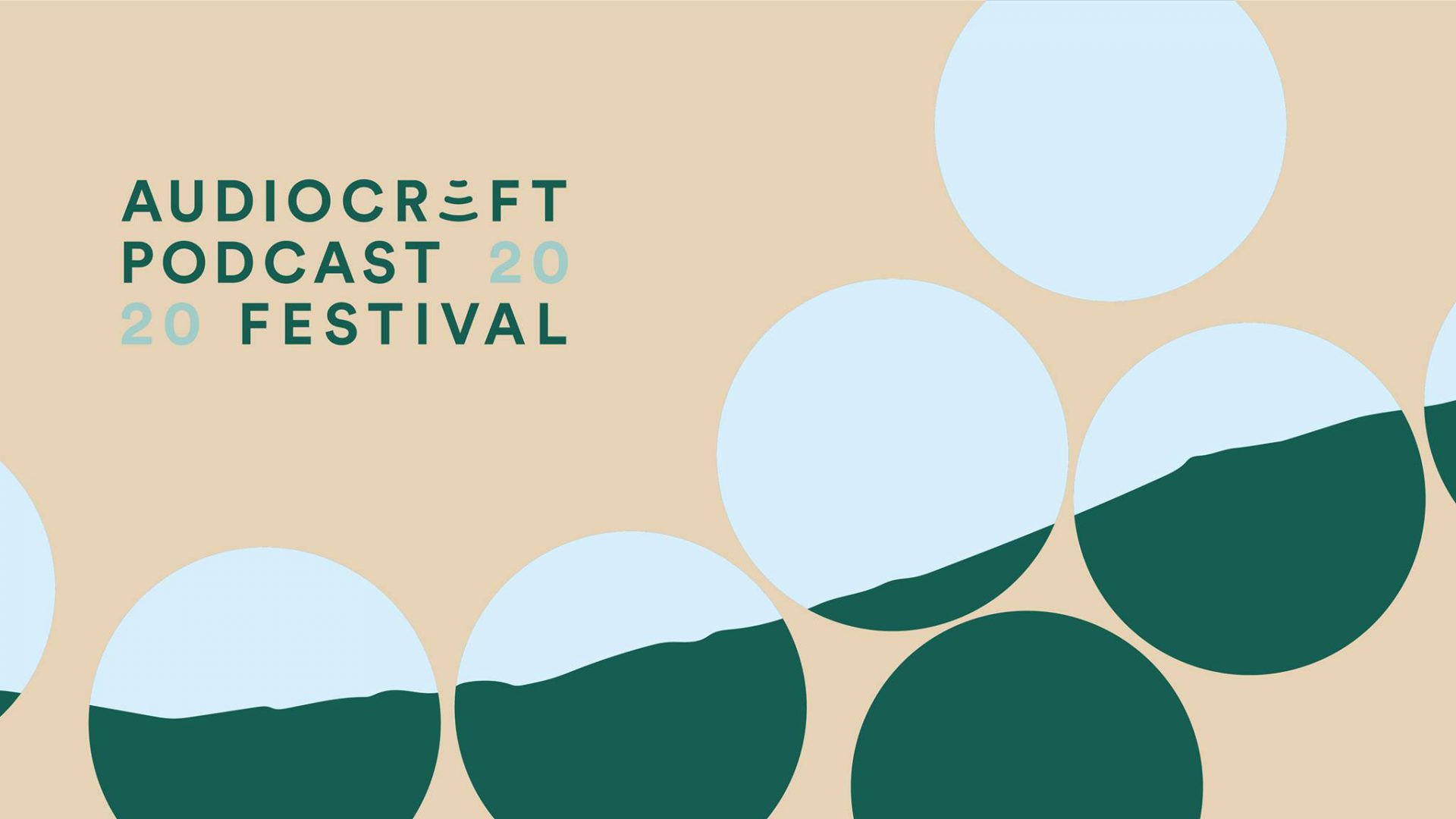 The Audiocraft Podcast Festival is returning for 2020 with a slew of top industry creators and executives sharing the latest insights on the burgeoning medium. The festival will take place virtually this weekend on Saturday July 25th on online events platform Hopin.

Attendees will have the opportunity to participate in virtual workshops, meet-ups, and on-on-one chats, and Leah Harris from Spotify will be fielding live podcast pitches at the event. 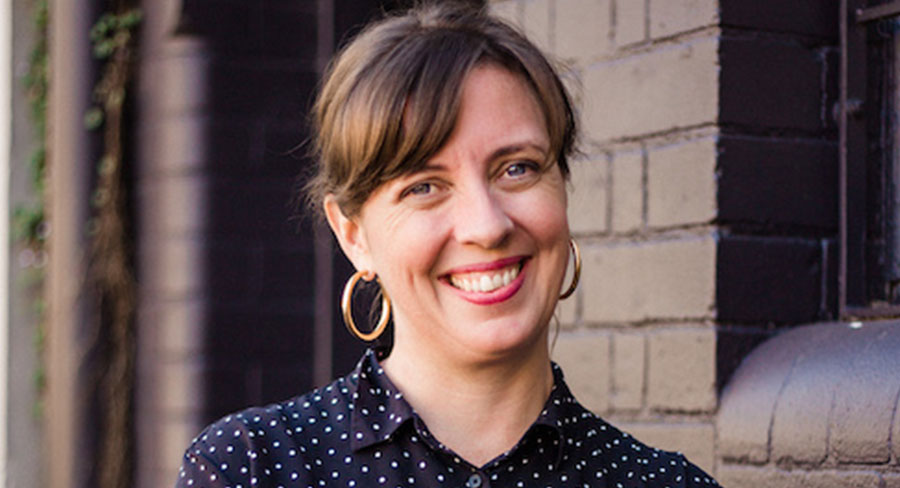 Co-founder of Audiocraft Kate Montague said: “The Australian audio industry has been through immense change since our first Audiocraft Podcast Festival five years ago. The market is at it’s healthiest stage yet and with more and more listeners tuning in, now is the perfect time for creatives, marketers, advertisers and brands alike to be exploring the medium.

“As the leading podcast creative agency in Australia, we understand all the elements needed to create the perfect podcast. The festival is our chance to share our expertise and bring together the best in the industry for some quality conversations.” The world’s biggest podcast buying marketplace – Acast Marketplace – now has a virtual storefront. Advertisers can browse Acast’s global inventory of thousands of monetisable podcasts and use search criteria to filter a list of shows that best fit their brief and budget.

Filters include audience demographics such as age, gender and language, podcast subject categories, and more – and, once selected, the advertiser will work with Acast’s experienced sales team to bring that selection to life through an ad or sponsorship campaign.

Over the past six years, Acast has generated nearly $100 million in revenue for podcasters around the world, running hugely successful ad and sponsorship campaigns for more than 3,000 brands.

Acast Marketplace, launched in February as the home of podcast buying globally, giving advertisers access to the world’s best podcasts, the most talented creators, and the most engaged listeners – across any and every podcast listening platform.

“This new access point into the Acast Marketplace will help us connect even more advertisers with podcasts, as well as attracting and educating new brands in podcast advertising – which in turn will drive more revenue for our creators. Creating ease of access will help drive more revenue into podcasting which is something that we believe will help grow the industry.

“It’s a digital extension of the incredible work our sales team does on our podcasters’ behalf every single day, helping advertisers understand the breadth and depth of Acast’s content and the unique audiences our shows can reach.”