• London records five episodes of Sunny Side Up a week. 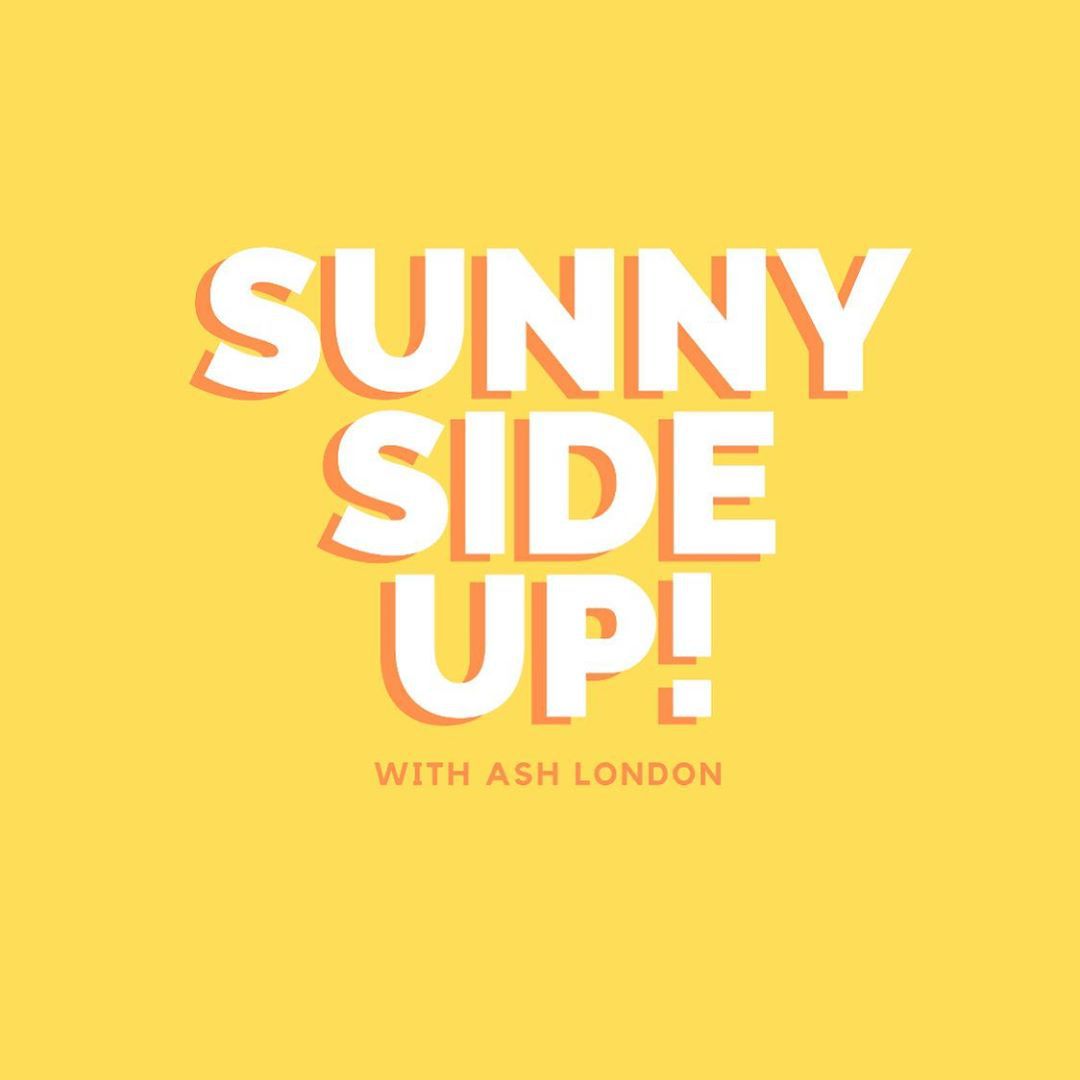 The busy Ash London was radiating sunshine as she shone down the phone line to talk about her first Podcast One original series Sunny Side Up. “I had always wanted to do something that offered people a positive way to start the day. When COVID-19 hit it was like the universe giving me a kick up the arse to actually do it,” she told Mediaweek.

Doing a short podcast is a nod to how busy people are, said London. “As a commercial radio girl I know that short and sharp is good. My radio breaks go for no more than three minutes.” London’s podcasts are longer, but not by much. “Not a lot of people can afford 40 minutes to themselves in the morning, but I think many can listen for seven minutes.” As a bit of a luxury, she allows some interviews to run for eight minutes.

People approached to talk to London have been prepared to have a chat. “There is such a hunger for good news that people are very willing to share positive experiences they have had in their lives. I find them often through the power of social media where people will tag me to something and say ‘You might like this’.”

London records five episodes of Sunny Side Up a week. Although she noted: “I moved house last week and gave myself two days off.” She has already notched up 25 episodes in five weeks. “It is a lot of work on top of my radio work, but it is rewarding.”

Her radio work includes Ash London Live nightly for SCA’s Hit Network. The program has been coming from London’s home(s) for the past seven weeks. “I’ll give you the hot tip…it’s going to be very hard to get me back in the studio. I miss my team obviously, but I am amazed at how much we have been able to put together remotely.”

Ash London Live runs five nights a week on Hit Network, there is Best Of show on Saturday and a special Australian artists show on Sunday.

The schedule is so full now with radio plus podcasts, Instagram Live, Facebook Live, Tik Tok and Zoom that London has drawn the line at accepting any other projects. “It’s a lot of creating and a lot of talking, but I get it, it’s wonderful for our industry that people are rediscovering the power of audio and especially audio on demand.”

London has also been in demand for TV work with roles at MTV and Network 10 with Grant Denyer. She is also thrilled about the chance to guest on (“my favourite show”) Have You Been Paying Attention? last year too.

TEG Dainty is promoting an online event featuring comedian, TV host and crime reader Meshel Laurie and crime writer Emily Webb hosting a live Australian True Crime event onstage later this month. Joining them will be fan-favourites Ron Iddles and Narelle Fraser. The two detectives will – for the first time – come together to discuss some of the most notorious and interesting cases that they investigated in their decades on the job.

Long-time Australian True Crime podcast listeners will see Ron and Narelle unite for what the hosts are promising will be a gripping and thought-provoking evening. The duo will revisit and discuss stories and experiences from their involvement in some of the biggest cases in recent history, giving fans an insight into some of Australia’s most notorious crimes. At the end of the show, viewers will get the opportunity to ask questions.

In Conversation with Narelle Fraser and Ron Iddles will stream live online at 8 pm AEST on Saturday 16 May.

Early bird tickets (strictly limited) start at $14.90 and went on sale to the general public on Wednesday 6 May at 12 noon AEST from www.tegdainty.com.

Listen to Meshel and Emily on Australian True Crime here. SCA’s PodcastOne continues to expand its content offering, this time with what it is calling Australia’s first on-demand breakfast show. The platform is not taking any chances with this investment, assigning award-winning executive producer Sam Cavanagh to steer the new project.

After three years hosting triple j’s highest rating breakfast show, Matt Okine and Alex Dyson took a hiatus from radio at the end of 2016 to focus on their own projects. Now they are back with an on-demand breakfast show for listeners to enjoy at any time of the day.

Award-winning comedian Okine said: “I’m so excited about reconnecting with everyone who used to listen to us in the morning and even more excited about connecting with new fans who can’t stand waking up before 9am! In a time when the nation is spending all day in their pyjamas, it’s only fitting that we offer them an all-day breakfast show to match.

“After such a successful tenure at triple j, we were careful not to jump back in the booth together unless the conditions were right, and everything about SCA and our new show, All Day Breakfast, feels right!”

Creative writer Dyson added: “Since leaving triple j, we’ve definitely grown as people. Matt had his first child and I won a championship as the Chicago Bulls on NBA 2k19. I can’t wait to get back together with my radio Scottie Pippen and write a new chapter together.

“As someone who ate a cold hash brown at 3:15pm yesterday, All Day Breakfast is the show I was born to do. Instead of spreading out a breakfast show thinly over a number of hours, this will be a daily shot of the best content, ready when you want it. Like eating a glob of Vegemite directly from the knife, instead of having it wiped sparsely over toast.”

Episodes of the Matt & Alex – All Day Breakfast show run for about 40 minutes and will be released at 6am every weekday morning. Listeners will have the opportunity to contribute to show via regular segments and topics.

Schwartz Media’s 7am podcast at home on Acast 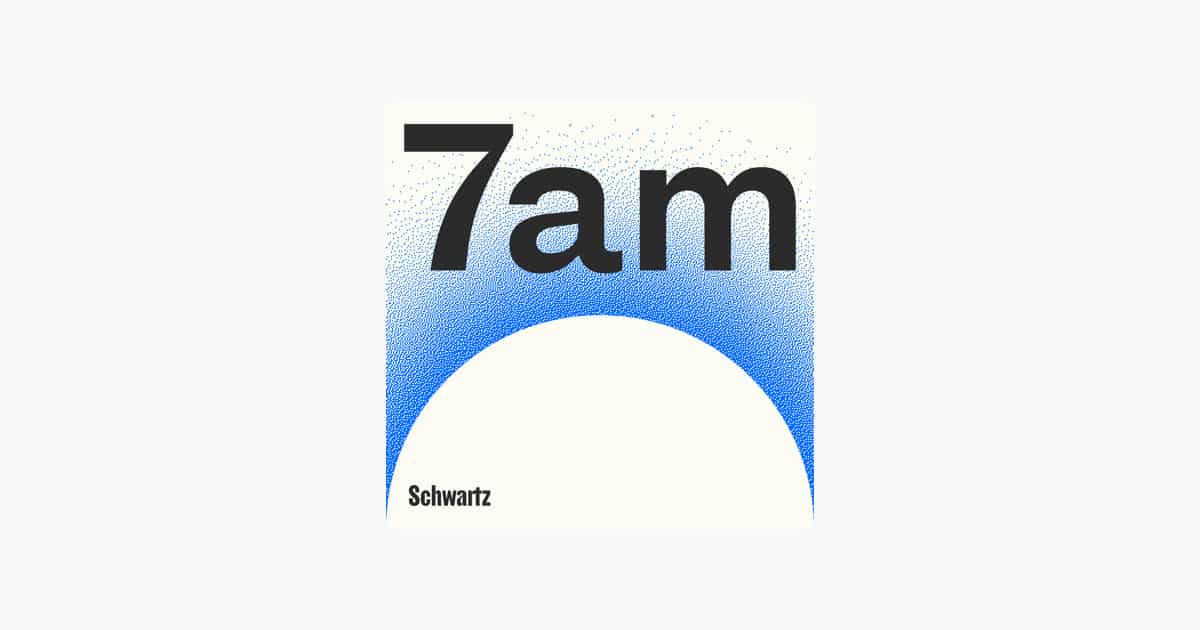 Acast has partnered with Schwartz Media to host and distribute its daily news podcast, 7am, helping to expand the reach of the podcast dedicated to in-depth news analysis.

7am is the daily news podcast from the publisher of The Monthly and The Saturday Paper. Hosted by award-winning investigative journalist Ruby Jones, the podcast tells the news through in-depth, interviews and analysis, delivered to podcast feeds every weekday morning to help listeners start their day engaged and informed.

Another new entrant in what is becoming a competitive timeslot is PodcastOne’s The Briefing.

Rebecca Costello, chief executive of Schwartz Media, said: “7am has been a huge success since launch. We have found an enormous new audience for our journalism, and we are happy to be working with Acast to expand opportunities for the podcast. Every morning 7am produces some of the best reporting in the country, and I look forward to seeing it continue to grow.”