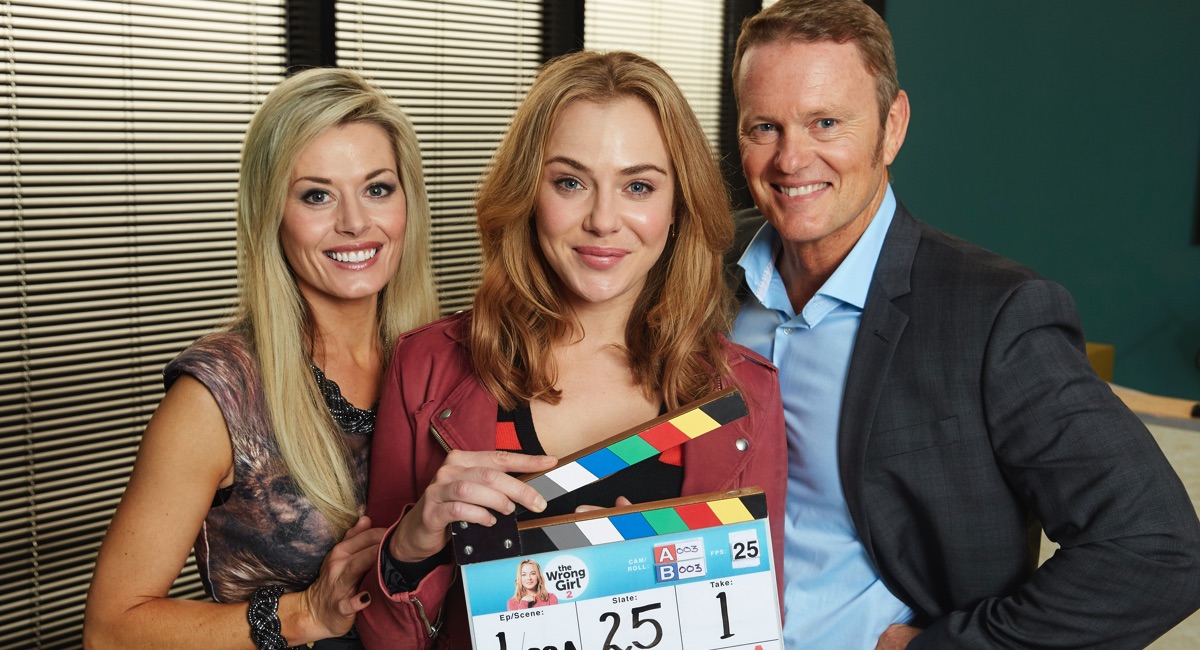 TV shows about TV shows are a thing at present. The ABC’s Get Krackin launched this week to good reviews and it joins the second season of TEN’s The Wrong Girl with both on air for the next few weeks.

How happy was the network with the audience figures on all platforms for season one?

Very. Almost every new Australian drama series requires patience. If you believe in an idea, the cast and the creatives behind a show – as we all do – then the decision to continue is made easier. The Wrong Girl’s first season numbers were encouraging and it did very well on catch-up (see below). It’s a great brand fit for us too, which helps.

Did you ask the program makers for anything specific to be added for the second season?

No, once your characters are established in a first season, the creative team gets to play. That said, there are a couple of significant new roles which we’ve added to supplement this already very strong cast. You are always trying to build on the base of the core idea, and the show has now naturally moved on to new areas beyond the original novel [by Zoë Foster Blake]. It’s a lot of fun.

Take us through your involvement with the show from the commissioning of the second season.

We collaborate with the production company’s creatives, but it’s their show and their vision. Our job is to play first audience, add value where we can, and facilitate the many departments at TEN to bring the show to broadcast successfully.

You seem to have the dream job working with Australia’s finest creative talent.

TEN has a reputation of being a creative safe house for writers. If the idea is strong, and you support that specific intent, you’ve given production the best head start you can. It puts money on screen where it belongs, and hopefully solves a lot of issues you might otherwise have during production or post. Of course that’s the theory – it doesn’t always work out that way.

How many times would you have viewed an episode before it is ready to be broadcast?

Any significant casting changes this year?

Three big additions this year, including Natalie Bassingthwaighte. [He wouldn’t reveal the other two!]

Do you plan much extra content for digital/social these days?

It’s a growth area for the free-to-air television business generally, and especially with drama. We’re now seeing unprecedented catch-up numbers across all platforms and that’s the obvious place to find extra material.

What else have you been working on this year?

Wake in Fright, Offspring, Sisters, Neighbours, MasterChef Australia and others in development.