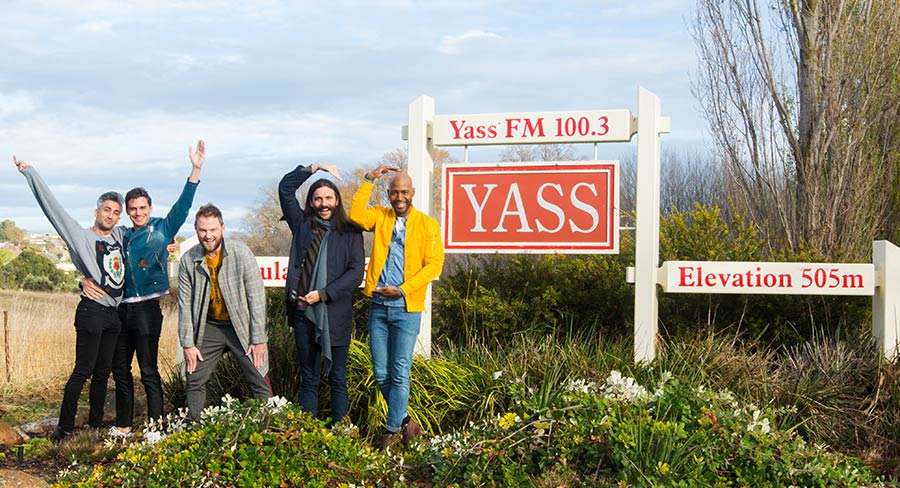 Queer Eye took the Aussie town of Yass by storm this month.

Earlier this month, the cast of Queer Eye took the Australian town of Yass by storm to give one of its residents – and the local pub – a mini make-better.

Meanwhile, the other two Fab Five members Antoni Porowski and Bobby Berk teamed up to give the local pub a much-needed makeover by renovating the bistro and introducing a new signature dish to the menu.

In honour of the Fab Five’s contribution to the town, the Mayor of Yass, Rowena Abbey, arrived at the end of the night and officially made them “YASS Queens” by presenting them with tiaras.

Netflix’s Queer Eye has been adapted from the Emmy Award-winning series Queer Eye for the Straight Guy, which premiered 15 years ago. Queer Eye’s Fab Five at a cattle farm in Yass