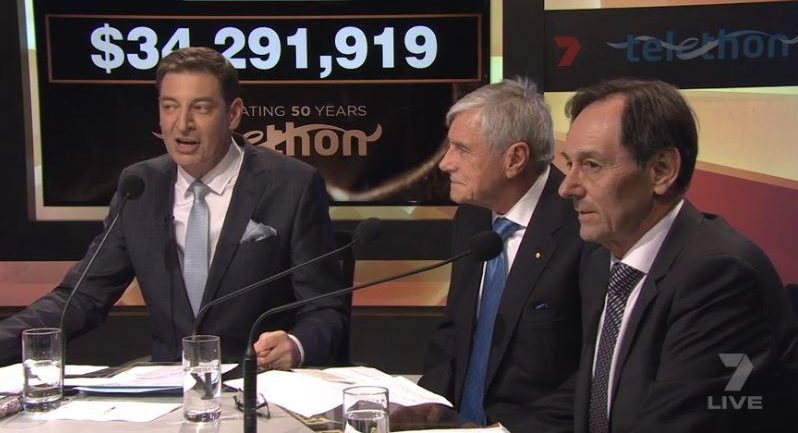 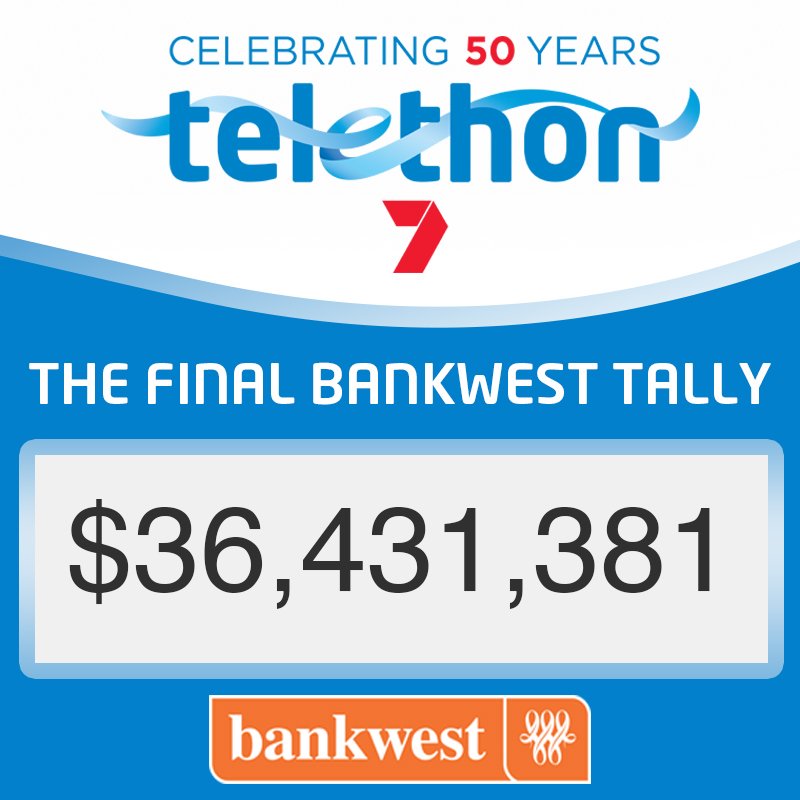 Telethon 2017 kicked off Saturday night to a sold-out audience at the Perth Convention and Exhibition Centre in the heart of Perth, with thousands watching the live broadcast in Perth on Channel 7 and on GWN7 around the state.

The marathon 26-hour television broadcast went live across Channel 7 Perth and across WA on GWN7. Plus it was streamed nationally via the telethon7.com, thewest.com.au and perthnow.com.au websites.

The team at Channel 7 Perth, The West Australian and The Sunday Times led an army of volunteers, plus more than 250 TV production crew, 600 entertainers and 1,000 volunteers to make this year’s Telethon weekend the most successful ever.

The Prime Minister was in Perth to hand over a massive $2 million to commemorate the 50th Telethon. He also committed $13 million over the next decade to co-fund the Origins Project that is being conducted at Joondalup Health Campus in partnership with Telethon Kids Institute. Paul Ramsay Foundation also committed $13 million to fund this project over the next decade.

Malcolm Turnbull and his wife Lucy also donated $25,000 from the Turnbull Foundation.

BHP Billiton once again donated $4 million as part of their $20 million five-year commitment. Wesfarmers upped their donation from last year to $1.5m for the next few years. Another surprise was Andrew and Nicola Forrest‘s Minderoo Foundation, contributing $3 million to the overall tally by matching donations called in by the public across the weekend.

Premier Mark McGowan pledged $3 million from the State Government on behalf of all West Australians. $2 million of this will be set aside in the Telethon Perth Children’s Hospital Child Health Research Fund which Telethon will match dollar for dollar, so that $4 million can be granted over the next 12 months to help researchers in this state carry out research into children’s diseases.

Perth businessman Tim Roberts generously donated $1.5 million. Malcolm, Tonya and Carolyn McCusker generously donated $1.9 million from the McCusker Charitable Foundation throughout the course of the weekend. Bill Beament donated $250,000 plus a magnificent gold bullion bar which was auctioned for $75,000 at the Lexus Ball on behalf of Northern Star Resources.

In the closing stages of the broadcast, executive chairman of Seven Group Holdings and Chairman of the Channel 7 Telethon Trust, Kerry Stokes, made a donation of $2 million on behalf of his private company Australian Capital Equity.

Telethon CEO Steve Mummery was ecstatic with the result from the weekend.

“It’s an exciting year for Telethon celebrating its 50th, and even though WA continues through tough economic times, the community has dug deep for the children of Perth. Once again, my thanks go out to all of the mums and dads and their kids who have helped raise money for Telethon over the past 12 months,” he said.

Social media again played a huge role in connecting celebrities with their fans across the Telethon weekend, with loads of personalities taking to the Telethon Twitter, Facebook and Instagram feeds to interact live as the action unfolded. This year #telethon7 also had massive support from around the world.