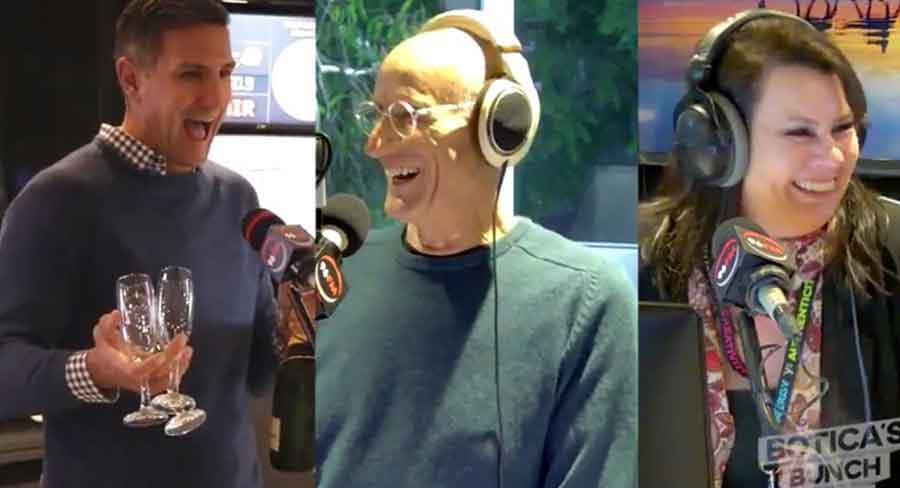 96FM’s Fred Botica and Lisa Shaw have celebrated the first anniversary of their return to Perth radio this week. The celebration was spurred on by regular contributor and former Fremantle Docker Matthew Pavlich who arrived in the studio with a bottle of champagne and three glasses.

The breakfast show Botica’s Bunch returned to Perth radio in July 2019 after new managing director Gary Roberts arrived at the station and convinced the team to reunite at the ARN-owned station.

“It’s been a year since you returned to radio after four long years apart,” said Pavlich. Pavlich then asked Lisa what it was like being back together as he popped the cork on the Perth breakfast show. “It’s great,” said Lisa as she dodged the cork flying across the studio.

Botica went on to lead Mix 94.5’s breakfast team to become Perth’s highest rating breakfast show with Botica’s Bunch, which he co-hosted with Shaw from the late 90s.

See also: 96FM back in the game: Gary Roberts shaking up Perth Radio