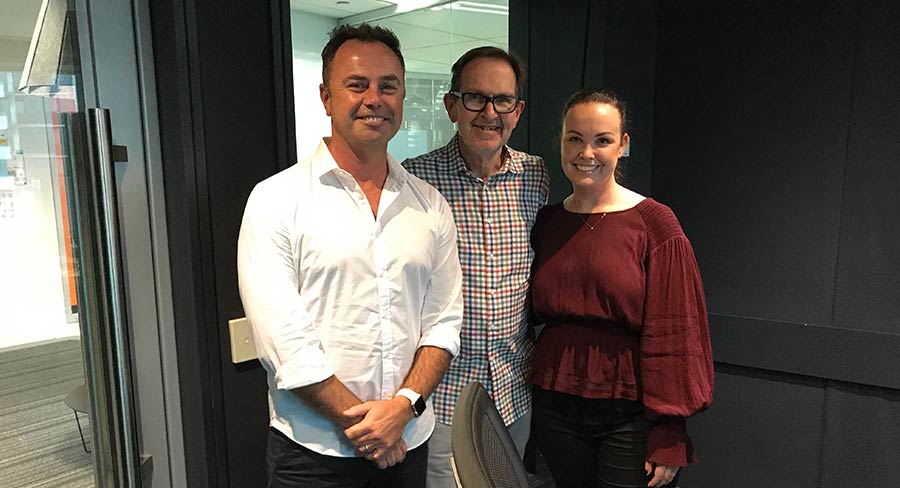 CEO Matt Rowley and publisher Vanessa Lawrence spice it up

Now a key part of the new-look Pedestrian Group inside Nine Entertainment, CEO Matt Rowley and publisher Vanessa Lawrence have spoken with Mediaweek about what makes Pedestrian.TV unique and how they will inject some “Pedestrian spice” into the former Allure Media brands they are integrating.

Pedestrian CEO Matt Rowley was Fairfax Media chief revenue officer when the publisher merged with Nine Entertainment. He stayed in his role for about six months until appointed to look after the digital media youth group.

Publisher Vanessa Lawrence goes further back. She was previously head of editorial for Pedestrian.TV for two and a half years, later leaving to be deputy editor of Qantas magazine and Travel Insider. She returned later to Pedestrian to be publisher of the expanded six brands.

Those new brands in the group have come across from Allure Media – Business Insider, Gizmodo, LifeHacker, Kitako and Pop Sugar. A more recent acquisition for Pedestrian was the Open Air Cinemas and the business also represents Tinder in Australia.

As to what are the characteristics of those brands that makes sense to put them together, Rowley explained: “There is something that is very common across all the brands. The way it is often explained is – [the brands talk to their audience] the way people would talk to a mate. It is done in a very Australian tone – frank honest and funny, but also informative.

“That is something that Pedestrian.TV had always nailed. And I speak as someone who was consuming it well before I had an inkling I might be working here one day.

“All the brands share those characteristics, even Business Insider where they not only want to make business information not just accessible, but really engaging. It is no longer digital spinach, but stuff you don’t just have to read, but you want to.

“That is something common across all our brands – making the content engaging and inclusive.”

As to the target audience attracted to the group, Lawrence explained it had broadened as the new brands joined Pedestrian.TV. “Our core demo on Pedestrian.TV has and always will be 18-30 year-olds.

“With the other brands their key demographic is more like 25-to-35-year-olds.”

Rowley added: “They do vary between the brands a little. Pop Sugar has a very young demo.”

“Pedestrian.TV is definitely an acquired taste,” said Lawrence, explaining people new to it or from outside the demo might not initially “get” it.

“That cheekiness and irreverence is what we are hoping to instil in the other brands to some degree. We are no means trying to Pedestrian-ify those brands, but what we do want to do is add what we call the Pedestrian spice – a little bit of flavour, a little bit of something different they are not going to get from any other publisher.”

Lawrence explained editorial coverage has an attitude, “It is very fun, irreverent, but it has depth to it and is not just surface level coverage of pop culture. We have some really important conversations with our readers about everything from climate change to mental health.”

Rowley said when the brands came together, they did some work on how they saw themselves and their identity. “As a new group we identified our values. They actually came out really quickly.

“The first one was that we are fearless. You see that in the tone and it is important to what we do.

“Hungry was the second one and real was the final one.

“Those three words can really capture just about everything we do.”

He added those words are important when it comes to commercial relationships as well as the audience. “Clients come to the group seeking an idea they can’t get anywhere else,” said Rowley.

The Pedestrian Group co-founders Chris Wirasinha and Oscar Martin are only involved now as consultants.

Rowley said the leaving function for them was held just several days before we spoke.

“They left a fulltime role when I joined five months ago and I caught up with them every week. They will always be the founders of Pedestrian.TV and be ambassadors for what we do.”